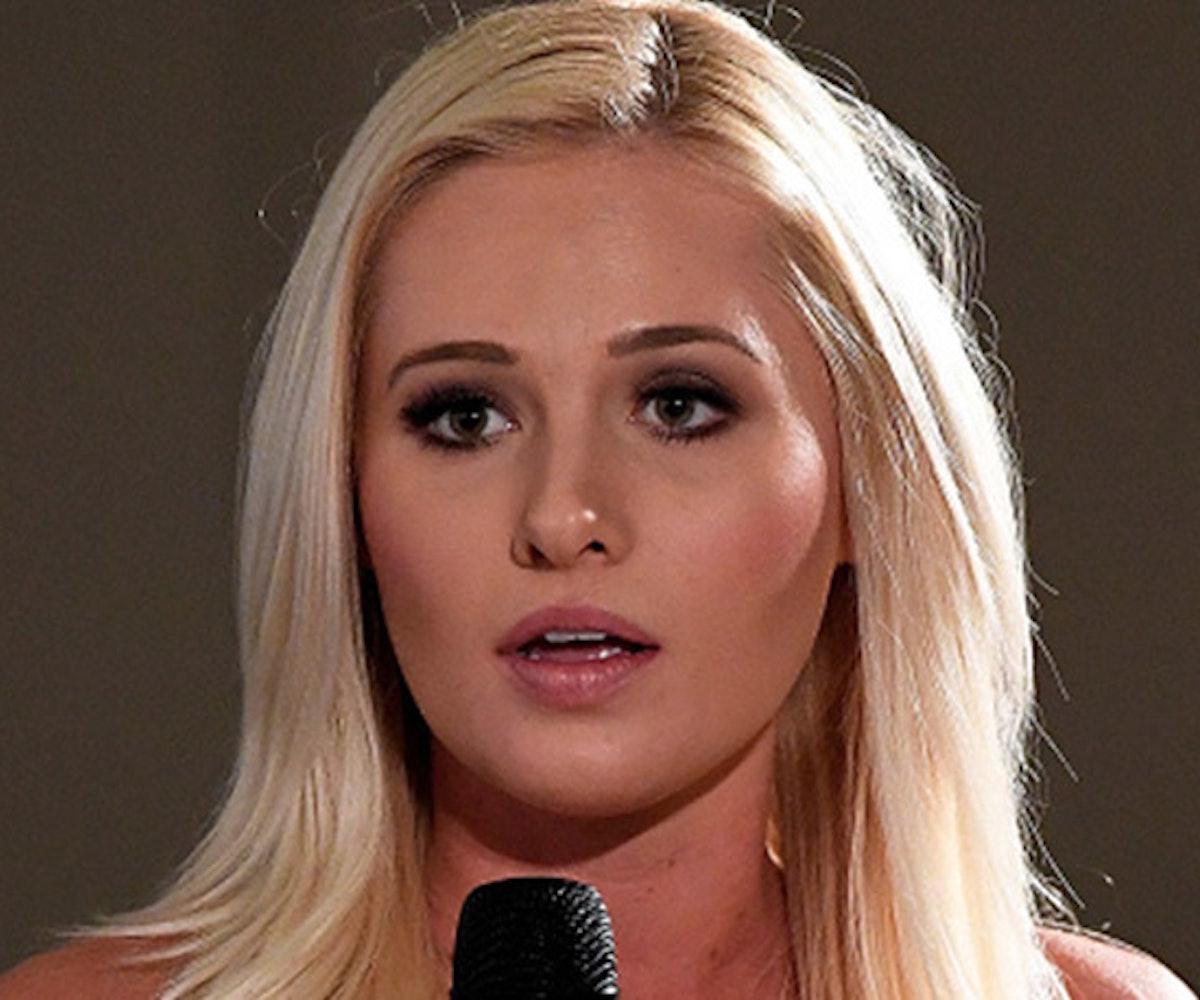 Tomi Lahren, or Anne Coulter 2.0, recently admitted in a debate with Chelsea Handler that she benefits from the same Affordable Care Act (ACA) that she vocally despises. Lahren is 24 years old and, as such, still on her parents' health insurance, an Obamacare provision. Now in an op-ed for The Hill, she's claiming that the "liberal media" twisted her words.

In the piece, Lahren writes that she can criticize ACA while still liking some aspects of it, like the ability to stay on her parents' health insurance until she's 26 years old and being able to get coverage for pre-existing conditions. She cites two polls that found 82 percent of Republicans support the extended health care for 20-somethings and 60 percent support coverage for pre-existing conditions. It's a mystery, then, why they would vote for someone who is hoping Obamacare, along with those provisions, implodes and leaves millions without any care at all.

Lahren also brought up Handler criticizing her for supporting Trump's transgender military ban. She argued that this ban "would save taxpayers millions of dollars and make our military stronger." While she claims she has "nothing against transgender people," she falsely believes that allowing them the right to serve "makes the world's greatest fighting force less combat-ready."

What Lahren didn't mention was that the military spends five times more on Viagra pills than it does on medical care for transgender soldiers. Health care for trans troops, which our president referred to as "tremendous," costs roughly 2.4 million to 8.4 million annually, compared to the 41.6 million spent on Viagra.

Taxpayers would save a lot more money if Trump were banned from his Florida resort Mar-a-Lago, too. One trip costs $3.6 million, and the Coast Guard spends $6.6 million per day on security while the president is visiting.

NEXT UP
Culture
In Cann’s Holiday Campaign, The Greatest Gift Is Being Chill
Culture
Mowalola Teams Up With Bratz For A Daring, High Fashion Collection
Life
NYLON Daily Newsletter: November 30, 2022
Culture
Simona Tabasco Is the Lifeblood of The White Lotus