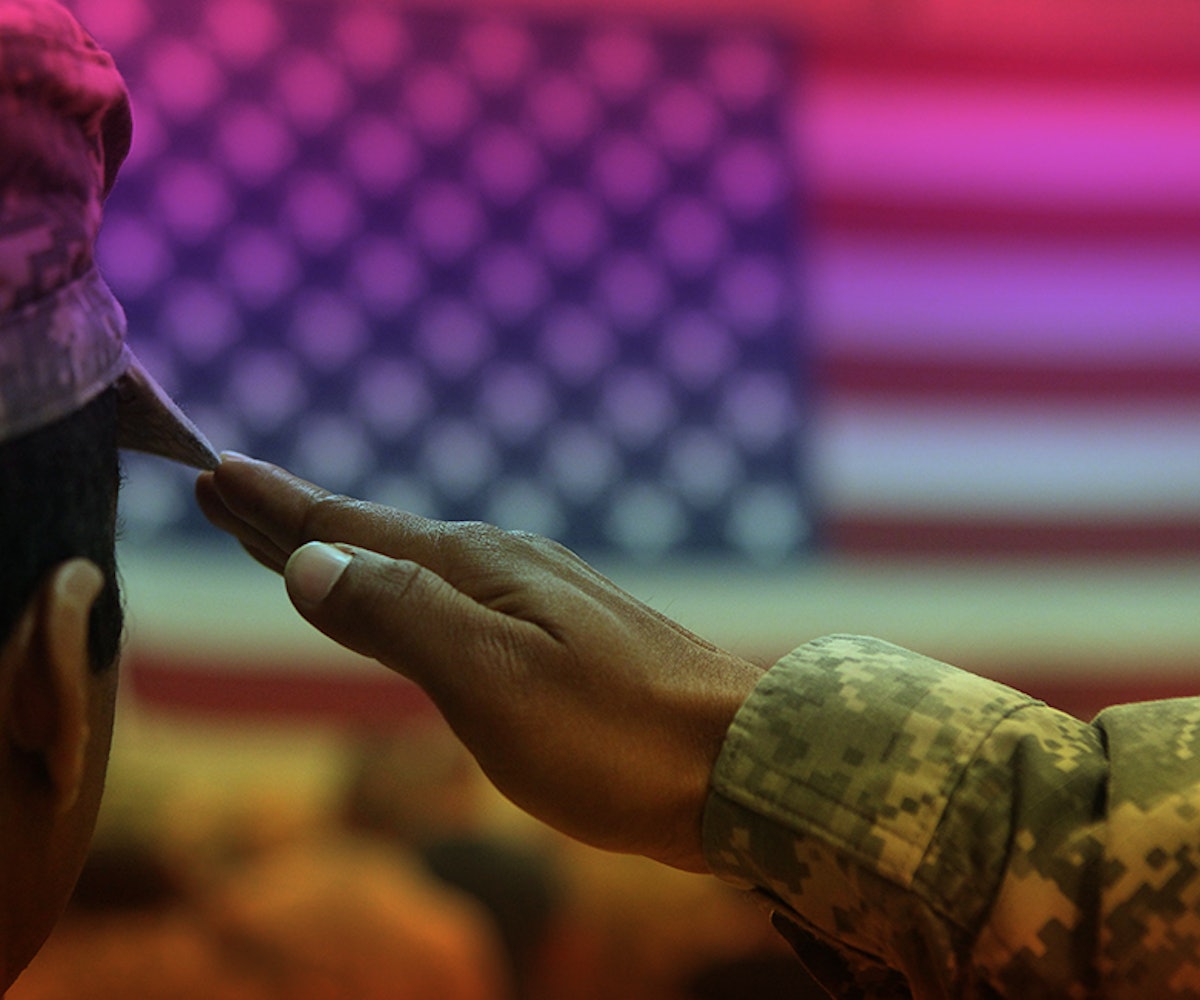 In a stunning blow to the LGBTQIA community, Trump announced this morning that the land of the free will not “accept or allow” transgender people in the military.

In a series of tweets, he declared that “our military must be focused on decisive and overwhelming victory and cannot be burdened with the tremendous medical costs and disruption that transgender in the military would entail.” He concluded with a “thank you.” The decision reversed a policy put in place under President Barack Obama’s administration to allow all transgender people in the military to serve openly, which was still under final review.

As many have pointed out, Trump promised to “fight” for the “LGBT” community back in 2016. Yeah, well, he and his administration have said a lot of things that turned out to be nothing more than pandering lies. This was clearly one of them. A study commissioned by the defense department in 2016 found that allowing transgender people to serve openly would have “minimal impact” on cost. Not to mention, thousands of transgender Americans are already serving in uniform both honorably and bravely. As one Twitter user pointed out, "It costs the military $2.4 a year to provide all transgender-related healthcare. A trip to Mar-A-Lago costs taxpayers $3.4 million."

Ironically, the news falls on the same day President Truman signed an executive order desegregating the military back in 1948. Almost 70 years later, Trump is reinstating a new form of segregation.

This is not merely a blow to the LGBTQIA community, it's a blow to all Americans who value preserving our collective rights to pursue happiness and personal freedom. As former VP Joe Biden pointed out: “every patriotic American who is qualified to serve in our military should be able to serve. Full stop.”

NEXT UP
Life
Apple Allows Gaslighters Everywhere To Edit And Unsend Texts
Life
Your October 2022 Horoscope Brings The Party — And The Drama
Life
On The List (With Melissa Rich): The Highs & Lows Of Solo Partying
Life
Netflix Dropped A Sneak Peek Of Bridgerton Season 3