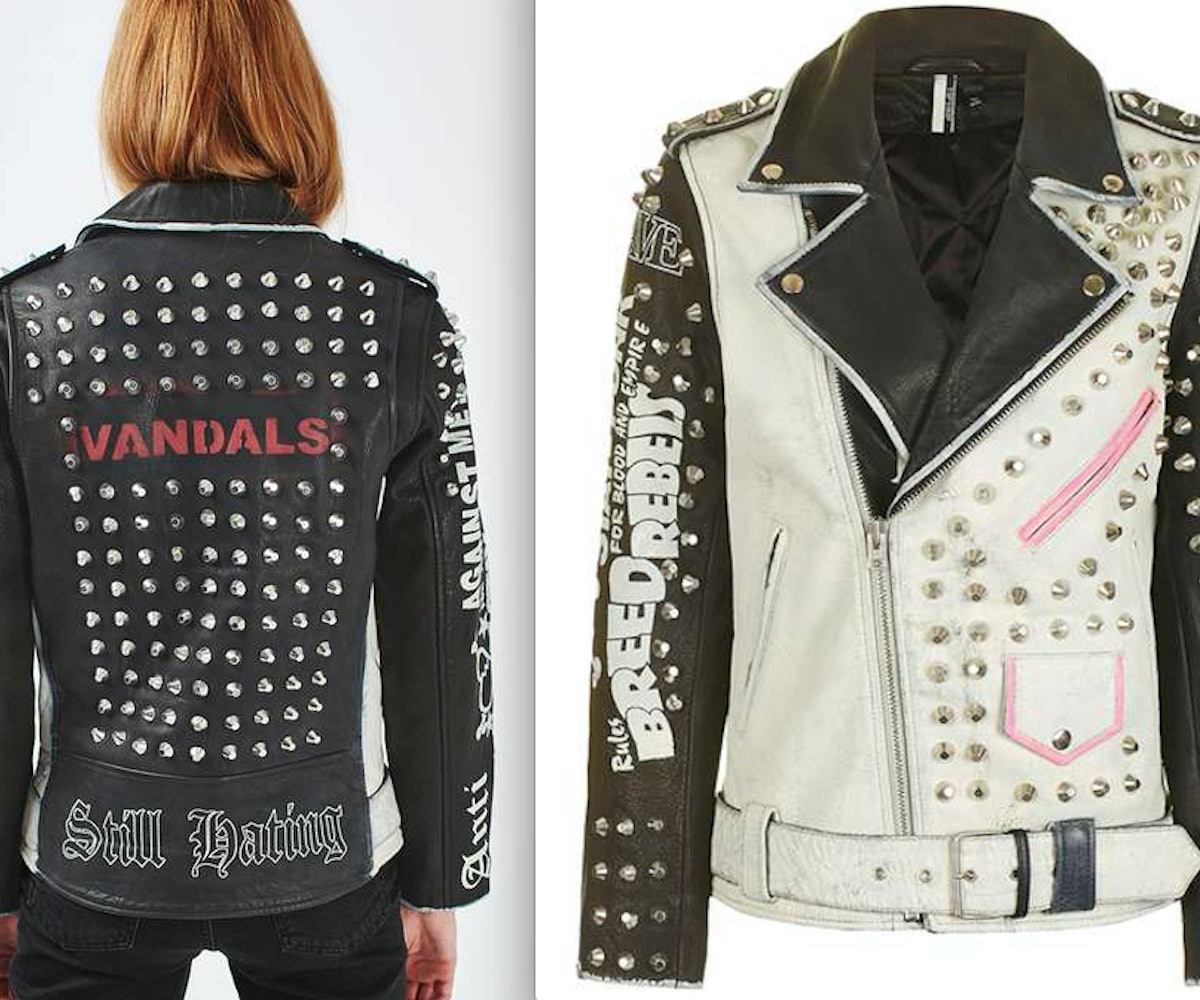 Topshop is no stranger to controversy, and this time it's over a $700 leather jacket. The punk rock-themed jacket features the words "Against Me!" on its sleeve, and according to Laura Jane Grace, the band's frontwoman, Topshop never received permission from the Against Me! to use its name.

Grace tweeted out a photo of the jacket with the caption "Hey @Topshop, you're selling a $700 leather jacket with my bands name on it and you have no permission. Not cool."

The jacket also features names of other punk rock bands, like the Vandals and Refused.

This isn't the first time the retailer featured an artist on its clothing without getting permission—back in 2013, Rihanna won a U.K. lawsuit over a shirt that depicted her face. They've had their difficulties with other clothing brands too. In 2007, Topshop agreed to remove a dress from its stores that closely resembled one from designer Chloe, and paid the designer £12,000 in damages and reimbursed legal costs.

The Against Me! jacket has since been removed from the site, but you can see a cached version of the page here. What do you think? Is it copyright infringement?