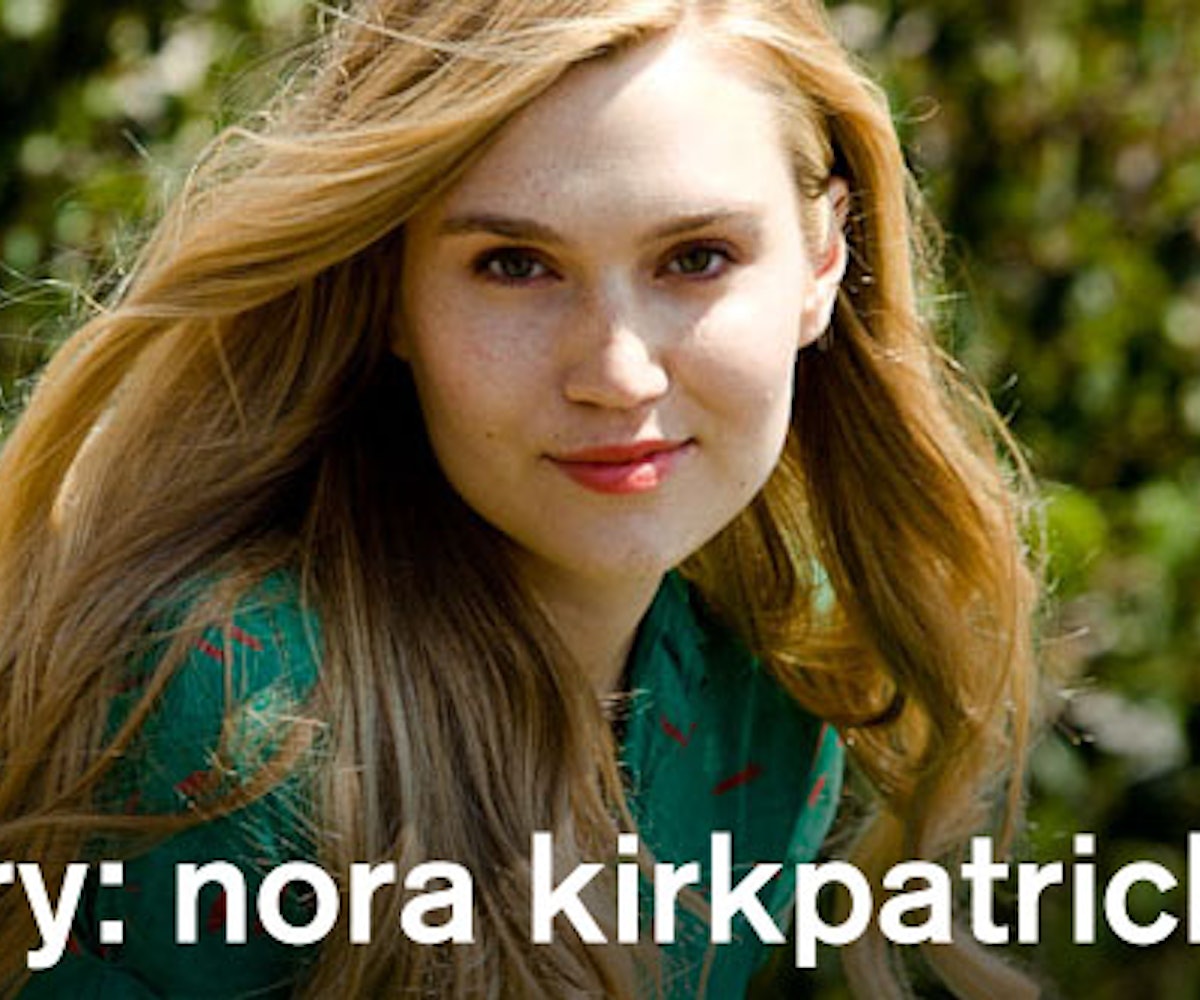 As far as girl crushes go, Nora Kirkpatrick is pretty justified. The 27-year-old is an actress whose quirky smart-girl comedy has landed her featured parts on the ABC Family comedy Greek and the upcoming Jack Kerouack biopic Big Sur, costarring Kate Bosworth and Josh Lucas. But the California native also has a musical side, and she's part of the merry pranksters known as Edward Sharpe and the Magnetic Zeroes. (She sings, and plays piano, accordion, and harmonica. We've heard rumors she also occasionally holds a tambourine.) The band's new album, Here, debuts on March 29, and they're currently touring North America to promote it. Nora began keeping a NYLON tour diary on her first stops - Toronto and Manhattan! CANADA "Wake up, and get off the bus immediately!!!!" As we crossed into their country early this morning, the Canadian border control greeted us with this brisk wake up call. It is a welcome I have become very familiar with during our last four years of heavy touring. I don't know if it's our rampant collection of tie-dyed clothing, the ever lengthening beards of the men in the band, or the slight aroma that may waft out of our bus every now and again, but if they are doing "random" checks at a border, you can guarantee we will be chosen. Every time. One good thing I learned in Canada today, is that hoarding can be a profession. I happened upon a store in downtown Toronto called "Odds and Ends" that was so jam packed with tidbits, I couldn't see either end of the store even on my tiptoes. To find the cashier, it seems one must simply grab a megaphone from the random pile of goods, aim up, and scream for assistance. NYC I think I walk faster in New York City than anywhere else in the world. I don't know if I am trying to keep up with the pace of traffic or the pace of ideas flying around the city, but one thing I do know, living in NYC is good for the quads. In the course of three days we played the Roseland Ballroom twice to amazing sold out crowds, and played a song from the new album on Late Night with David Letterman before heading on our way. Despite the time crunch, I did manage to find a few moments to visit my favorite thrift stores in the city, and actually bought a dress that was created in the last decade, something I probably haven't done since my parents stopped buying my clothes in middle school. Speaking of... Here Are My Favorite NYC Vintage Stores:

Narnia - 161 Rivington St # 1. -Really unique pieces anywhere from the 1920's-1990's -Great for interesting shapes and color combinations -I bought my favorite 20's dress from this store, worn in a Nylon shoot! (See the gallery.)

Favorite New Store: Spiritual America - 5 Rivington St. -Editors Note: Nora, I love you so much, but next time you come to NYC we should work on leaving Rivington St, at least for a little while... ok? -I found this cape dress by designer Morgan Carper that I wore on Letterman. (See the video.)