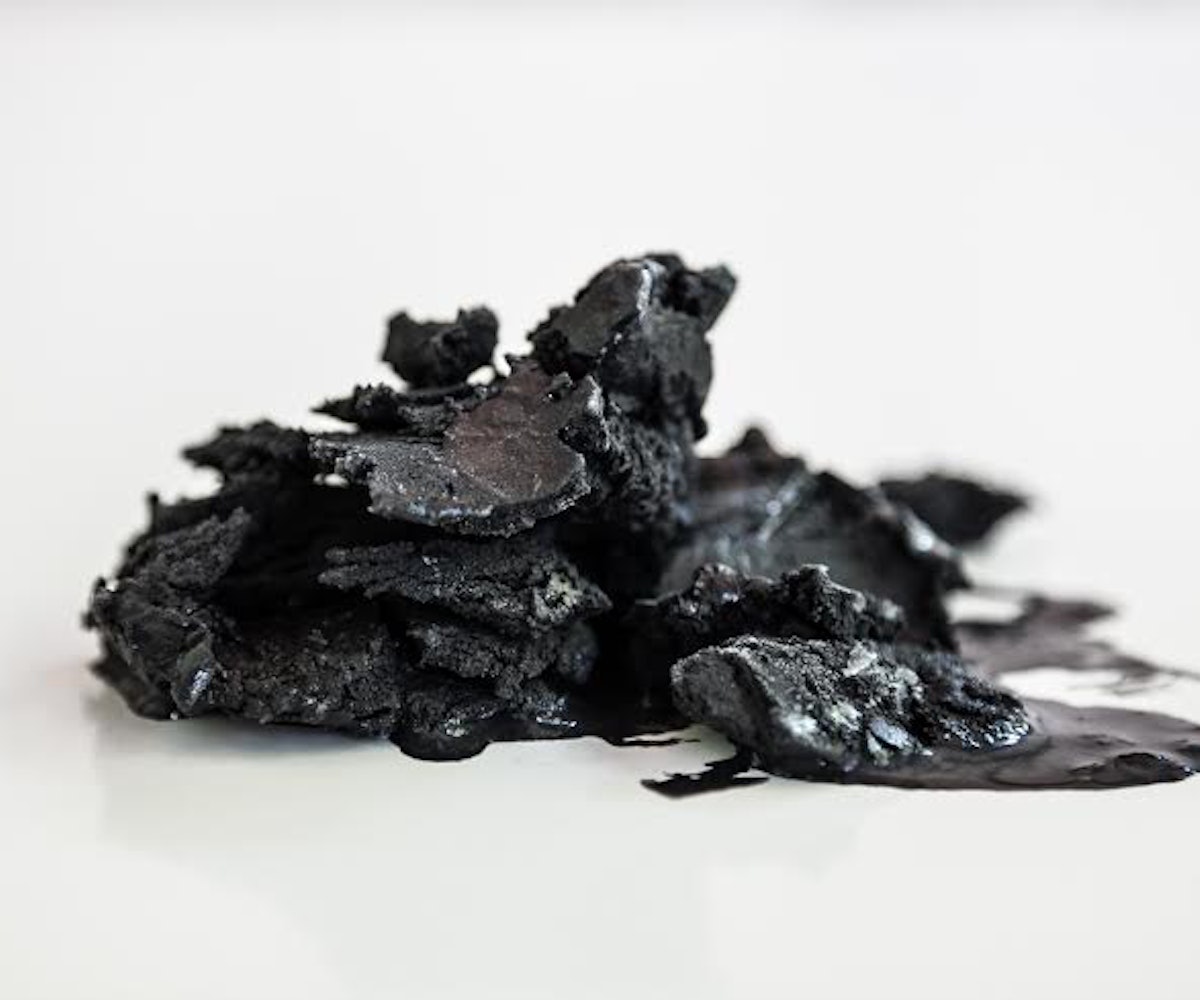 It's been quite a year for weird food: So far we've seen galaxy doughnuts, rainbow grilled cheese, sushi burritos, and more.

Food is art, and eating is inevitably the ultimate social experience. Lately, New York City has become a breeding ground to take your taste buds on a tour—and a highly shareable tour, at that. Because after all, is there anything more Instagram-worthy, not to mention delicious, than a pizza topped with more pizza? No, we don't think so, either.

From bagel-inspired doughnuts to ice cream in New York's favorite shade of black, we talked to the restauranteurs behind the summer's hottest eats. Read about some of these bizarre combinations and innovations, below.

The Raindrop Cake went viral on Instagram and internet earlier this year, and for good reason. Look at how weird and pretty it is. The cake is completely vegan, made from a seaweed-based jelly. Inspired by the simplicity and aesthetic appeal of jelly desserts in Japan, Chef Darren Wong recently brought the creation to New York and L.A. Wong describes the taste of the melt-in-your-mouth cake as "sweet and nutty." Overall, Wong is pleased with the stateside reaction. "My favorite response is, and I quote, 'amazing mouth feels,'" he said.

Finally, an ice cream black like our New York souls. The Coconut Ash ice cream from Morgenstern's is made from "the charred shells of coconuts," owner Nicholas Morgenstern tells us. Morgenstern has wanted to create a black ice cream since the shop's inception, and 2016's fixation with strange foods provided him with the perfect opportunity. The bold color does have one drawback though: "The ice cream turns everyone's mouth black!"

Vinnie's Pizzeria in Brooklyn specializes in over-the-top creations—including pizza on pizza.The signature dish is a generous slice topped with three mini-triangles. "The Pizza on Pizza was inspired by me thinking, 'What would be the ultimate pizza topping? What does everyone love?'" owner Seth Berthiaume says. Naturally, the answer was more pizza. The larger pie and the smaller pizza are both partially cooked and then stacked so the cheeses melt together in the oven. According to Berthiaume, the pizza works because "it's at the same time delicious and ridiculous." Not surprising, Vinnie's owners says that some buy a slice just to Instagram it. Double-tap that!

Everything Doughnut, The Doughnut Project

Step aside, Cronut. The Everything Doughnut from The Doughnut Project combines New York's favorite breakfast foods: the bagel and the doughnut. Coowner Troy Neal's go-to bacon, egg, and cheese breakfast sandwich inspired the flavor. The unique fusion has a sweet cream cheese glaze and is topped with a variety of seeds, salt, and garlic. "The everything bagel is an iconic New York bagel, so I think people are interested in the doughnut to see how it compares to the bagel," said coowner Leslie Polizzotto. Customers are often pleasantly surprised by how well the combination works. We never doubted it.

We've seen the sushi burrito. We've also seen innovations like the Ramen Burger. Now, Redeye Grill is bending the rules with their Sushi Burger. The "burger" is a seafood patty sandwiched between two sticky rice buns. Created by Chef Jawn Chasteen, the Sushi Burger takes Redeye's popular spicy crunchy tuna roll and adds a "cartoon-like presentation of vibrant and contrasting colors." Chasteen attributes the dish's success to the fact that it puts a novel twist on an old favorite, presenting something familiar in a unique way. Thanks to the hype, this off-the-menu item is one of their best-selling sandwiches, second only to the standard cheeseburger.

Rainbow anything guarantees a level of success, and the Birthday Cake Croissant from Union Fare is the latest craze. Chef Thiago Silva is the brains behind the pastry. The croissant came about when he was experimenting and made a "sugar coated, custard-filled croissant" keeping the integrity of the classic breakfast food. The sprinkled variety is just one of the creative offerings—Union Fare's bakery has red velvet and green tea flavors, too. Silva's favorite aspect of the Birthday Cake Croissant? "It's not a gimmick. It’s a croissant you can keep eating over and over again and daily."

It goes without saying that most people love cheese. The Mac & Cheese Spring Rolls from Cafeteria take this love to the extreme: the appetizer consists of a mac and cheese-filled egg roll alongside a gouda dipping sauce. According to the restaurant's owner, the inspiration for the dish comes from "people in the city who like to adventure with their foods." The spring rolls are a unique fusion of American cuisine with Eastern influence—the perfect starter to Cafeteria's famous three-cheese mac. You can never have too much of a gouda thing.

Scot Rossillo considers himself "The World's Premiere Bagel Artist." If the rapid success of his Rainbow Bagel for The Bagel Store is any indication, it's a title well earned. The colorful striped bagels elevate the classic plain bagel to new epicurean heights. In fact, the Rainbow Bagel has proven to be so popular that the Brooklyn store had to close for an indefinite period of time. Fear not, they're open now—try their Funfetti cream cheese for a breakfast that's fit for a unicorn.