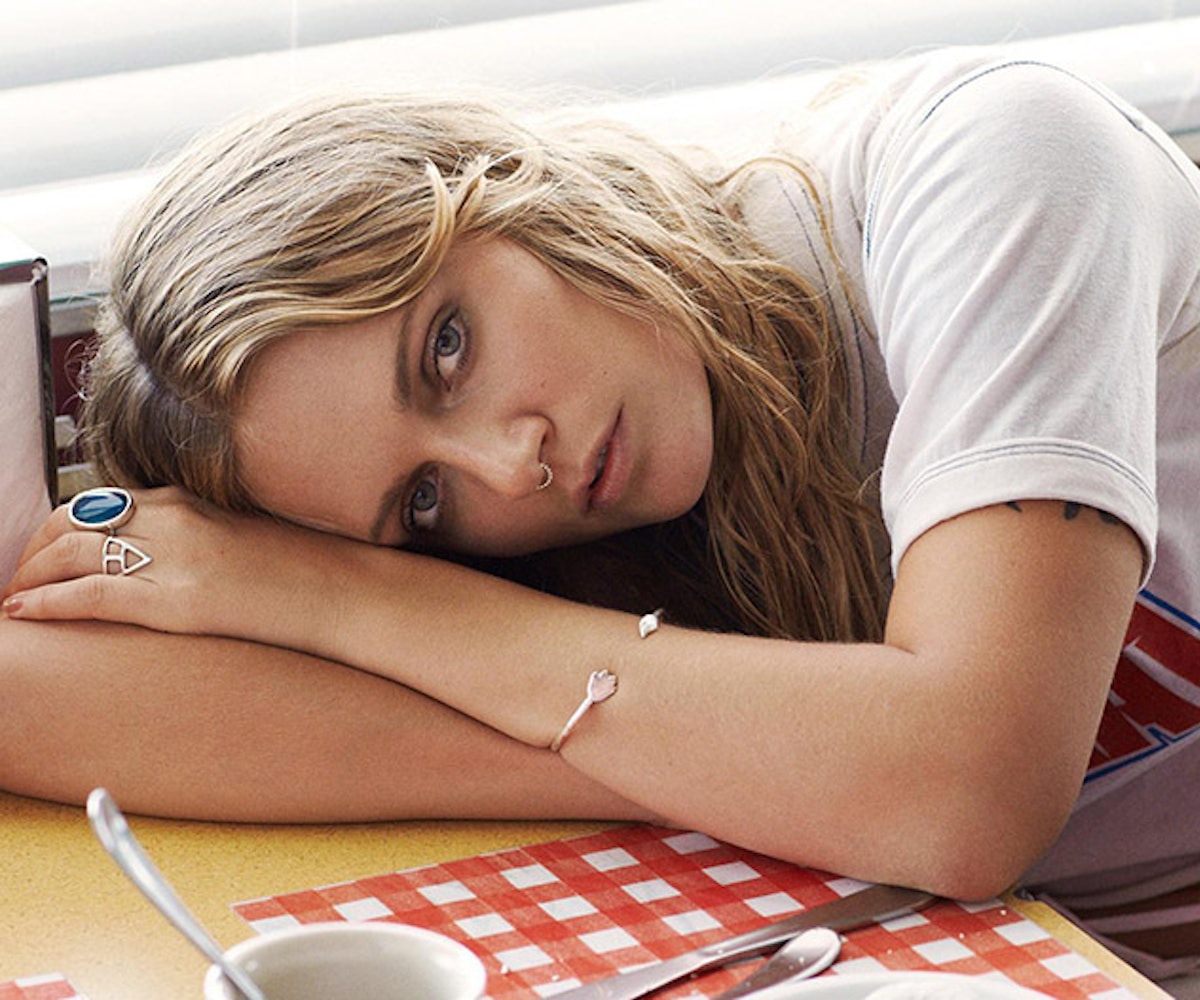 Tove Lo has never shied away from exposing her vices. It's what made her debut album, Queen of the Clouds, so infectious and original. She was playing the role of the Cool Girl before Gillian Flynn's dissection of the trope properly infiltrated the mainstream thanks to the Gone Girl movie. With lyrics like "I can get a little drunk / I get into all the don'ts / But on good days, I am charming as fuck," she embodied the tragic PYT for the post-Effy Stonem generation. In 2014, Tove Lo was fresh, spunky, and living fast for the thrill. Come 2016, and Tove Lo shows no signs of slowing down.

Lady Wood, Tove Lo's sophomore album, takes the best of her debut effort and brings it to the club. Specifically, she takes it to some dark, hole-in-the-wall club that's likely smoked-out and sweaty. She's still on the quest for love, but with more cynicism. The album's debut single, "Cool Girl," is an ironic kiss-off to the nonchalant, let's do whatever type of character she says she's over. "True Disaster" emulates that and highlights a keen awareness of the types of lovers she takes; the ones with commitment issues, who are too cool to settle. So, she plays those cards right back—"I wanna be free like you," she sings on "Cool Girl"—because the immediate high and the rush of sustaining that feeling, as with some illegal substances, is more enticing than something gradual. The dark pop, a semi-new genre that will soon become as eye-rolling as PBRnB, she's courting follows suit. "Don't Talk About It" flirts with dubstep while she avoids labeling whatever it is she's doing with a lover. It's a nice narrative, even a little refreshing. The anti-princess is here to stay.

The irony of Tove Lo saying she's over being cool is that it actually does make her appear inherently cool. And she's great at making you want to be a Cool Girl too. The slick, runway-approved productions of Lady Wood make you walk taller with a little strut in your step. She's alluring, and the music is even more so. But, Lady Wood could've knocked it out of the park had it exploited that allure rather than retreating into the club. Tove Lo's a brilliant songwriter with a lot of smart, informed opinions to share. She gets them across well here like she did on QOTC, but there's something about the album that leaves you asking for something more—cheekiness, perhaps? This isn't to say Lady Wood is a bad album. It's not. It shows a marked growth and provides a healthy amount of new material to soundtrack those days you need to feel a certain kind of tough. Her earnestness is, after all, admirable because snark is easy to play into. But when you're tackling something as divisive as a Cool Girl, with tongue planted firmly in cheek, a mischevious wink is necessary.