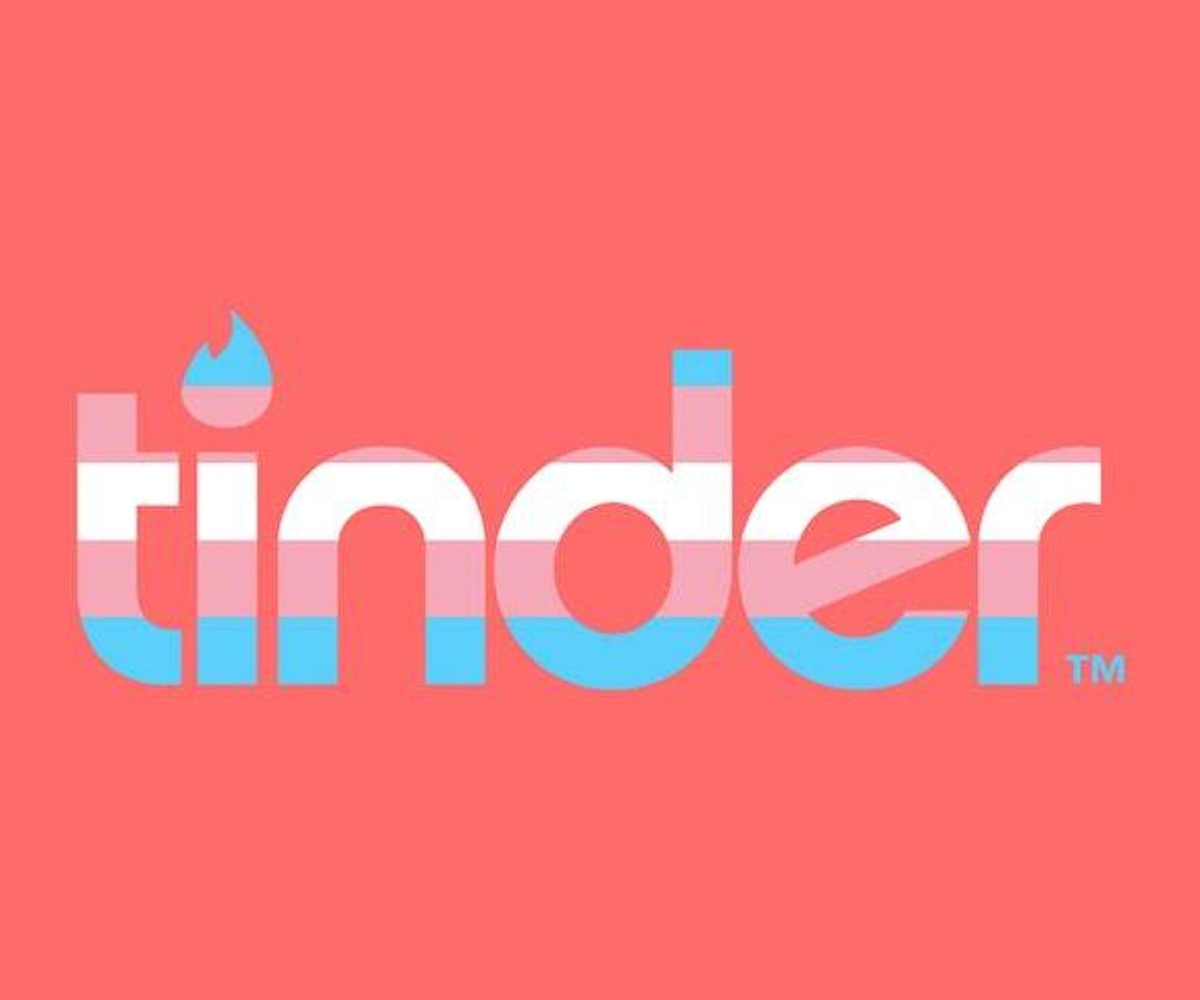 Despite adding more gender-inclusive settings to its app over a year ago, Tinder is now facing accusations of transphobia. Many transgender Tinder users took to Twitter to reveal that they have been banned from the popular dating app for "violating [Tinder's] Terms of Service or Community Guidelines in some way." No further explanation was provided by Tinder.

Twitter user Tahlia Rene was one of many who posted her exchange with Tinder and expressed that the reason she was banned from the app was due to "mass men reporting me for being trans."

"This has happened to so many trans women I know and @Tinder does not give a single fuck," she wrote. "They just use us as a marketing ploy to prove how 'inclusive' they are."

She also claimed that the same incident occurred to YouTuber and trans rights activist Kat Blaque, who called out Tinder on her Twitter account last month because the company has "been deleting every single account I've created on the website since I created an account." Tinder responded to her tweets stating that they "believe in inclusivity and acceptance," and that they have looked into her profile and "made sure your account is active."

Blaque, after several errors with loading her matches and messages, eventually got her account back. She claimed her "clout" is what ultimately allowed her to get Tinder's attention, and that the company regularly "deletes trans people's trans people's profiles."

"You want the front facing image of inclusion and acceptance and yet on the back end, you don't really serve the community you claim to serve. I can only conclude that my account was targeted and deleted because I was trans," she said. "And I'm not the first one."

A spokesperson for Tinder issued a statement to Teen Vogue citing that they "stand behind our pledge to make sure no one is ever removed from Tinder simply because of their gender. However, we must do everything we can to make sure that Tinder is a safe space for everyone, which means taking our community guidelines and user reports seriously." They also added that they "cannot share details regarding specific users or investigations, all users are held to the same standards and are removed from Tinder if they violate our community guidelines or terms of use."