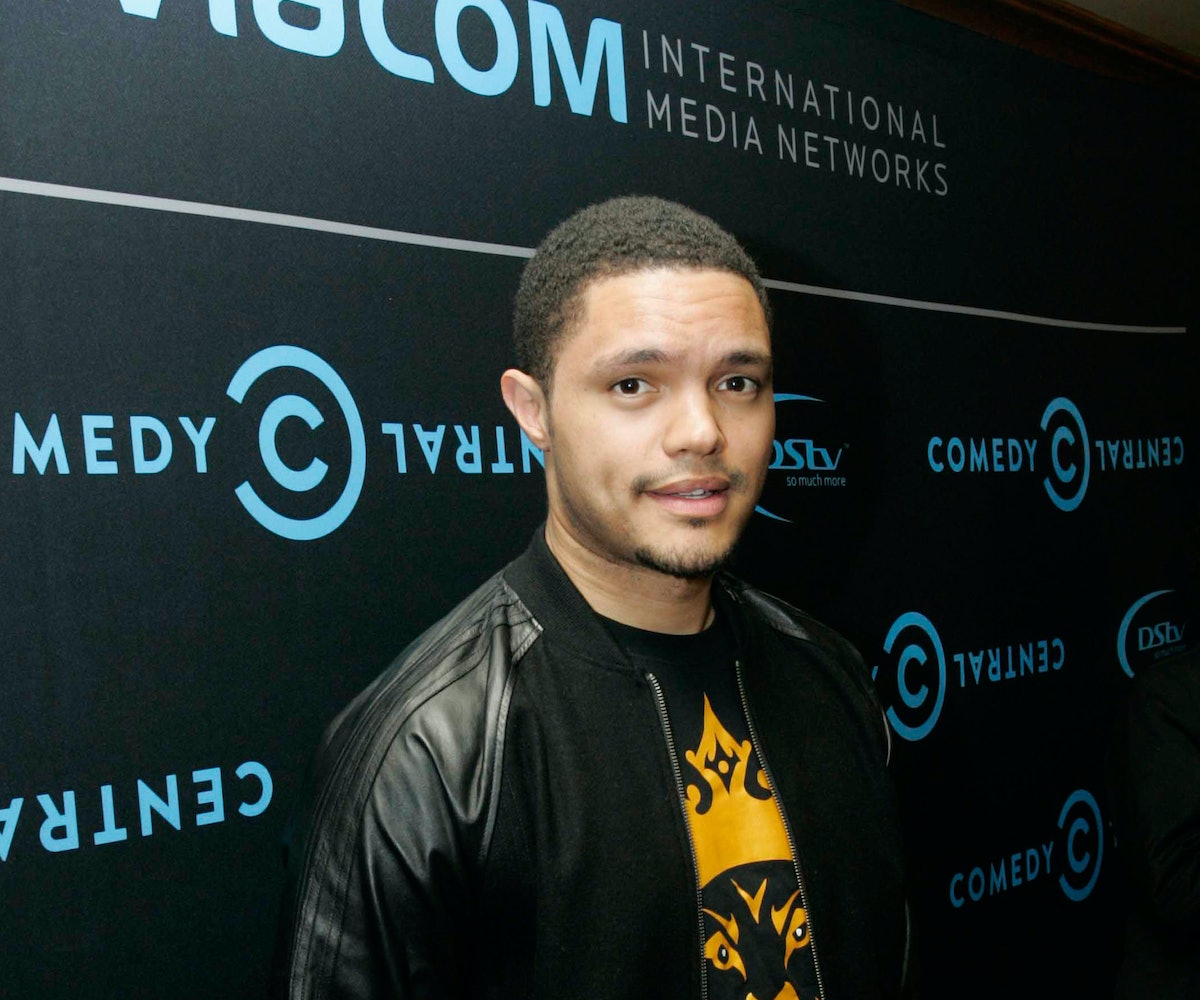 Who? That was our—and probably most people's—reaction to the news, because while Noah has made three appearances on The Daily Show as a correspondent, he's largely unknown in the United States.

But Noah, who is bi-racial and speaks six languages, was the obvious choice, said Comedy Central president Michele Ganeless. “He brings such a unique worldview and a deep understanding of human nature, which makes his comedy so insightful,” she told the New York Times. “He’s truly a student of the world.”

Ganeless also said that once Stewart announced his departure, the network's top brass drew up a shortlist of possible candidates, and Noah "checked off every box on that list and then some.” To get a sense of what Noah might bring to the show, have a look at his first appearance on The Daily Show from last December, a clip that suddenly takes on new meaning as you watch Stewart unknowingly introduce his future successor to the audience.

We mined through some of Noah's stand-up material to get a sense of his perspective on the world and find out what kind of voice he might bring to The Daily Show. Noah's African origin is a constant source of material in his humor—here he is doing a funny bit on how the Ebola crisis affected him, simply because he was from Africa.

Noah is also known for drawing on his perspective as a foreigner to make observations about America, which will be interesting given The Daily Show's focus on the American political and cultural landscape. His most recent stand-up special is called African American, and charts his arrival to the United States, describing it as an "often-bewildering journey of arriving in America." Here's a spot-on bit he did on American sports culture.

And as you'll see on this appearance on The Late Show from last year, Noah has an arsenal of voices and accents, and isn't afraid to use them.