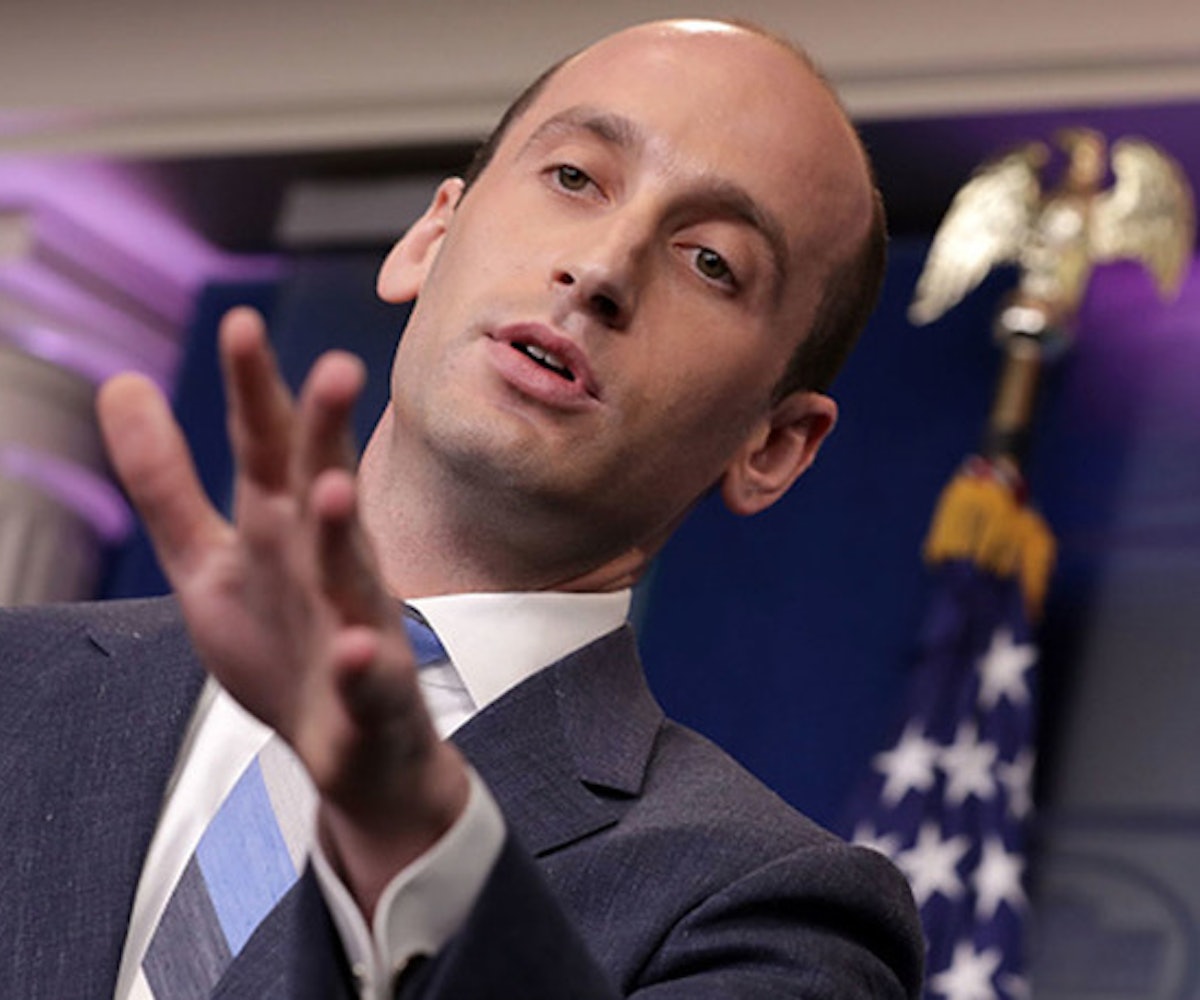 Today, the Trump administration decided to rewrite Emma Lazarus' poem that's engraved on the Statue of Liberty. "Give me your tired, your poor, your huddled masses yearning to breathe free," now reads, "Give me your rich, smart, English-speaking elite, and if they know how to code that's a bonus!" Trump announced he will be cutting legal immigration in half by introducing a new set of standards for those hoping to come to the United States. When his senior policy advisor, Stephen Miller, was asked about the ways in which this policy is fundamentally un-American, he lost it.

"Aren't you trying to change what it means to be an immigrant?" CNN's Jim Acosta asked Miller at today's White House press briefing. Acosta goes on to talk about how his father immigrated to America from Cuba, a few weeks before the Cuban Missile Crisis. His dad learned English once he was in the U.S. and eventually obtained a green card. "They may learn English as a second language later on in life," Acosta says of immigrants coming to this country, "but this whole notion of they have to learn English before they get to the United States, are we just gonna bring in people from Great Britain and Australia?"

That's when Miller goes off. "I am shocked at your statement," he begins. "That you think that only people from Great Britain and Australia would know English. It reveals your cosmopolitan bias to a shocking degree that in your mind—no, this is an amazing moment—that you think only people from Great Britain or Australia would speak English is so insulting to millions of hard working immigrants who speak English all over the world. Jim, have you honestly never met an immigrant from another country who speaks English outside of Great Britain or Australia? Is that your personal experience?"

Acosta tried to say that, of course, he's not implying only people from Great Britain and Australia can learn English, but that the new immigration laws seem like a way to "engineer the racial and ethnic flow of people into this country."

"That is one of the most outrageous, insulting, ignorant, and foolish things you've ever said," Miller said, very obviously spewing his talking points and missing the intention of the question altogether. "The notion that you think that this is a racist bill is so wrong and so insulting."

What's insulting is that Miller thinks his little temper tantrum will somehow distract the American people from the blatant racism of these new immigration laws.

Once Miller was done, and apologized to Acosta "if things got heated," Sarah Huckabee Sanders took the stage to read yet another letter from a child praising Trump. This time he offered to mow the White House lawn.