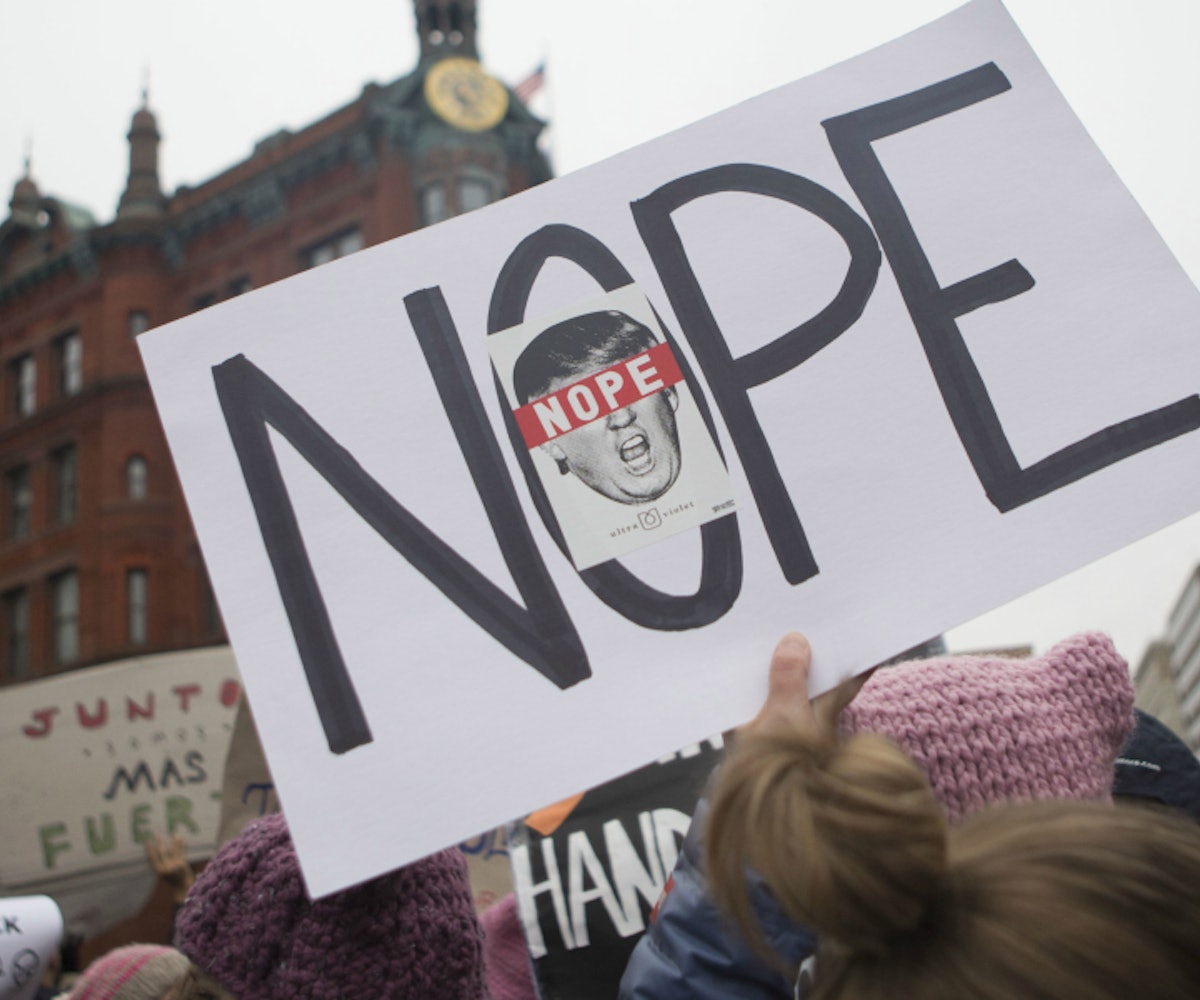 It probably shouldn’t be surprising that a man who thinks it’s okay to grab women “by the pussy” is yet another dude who thinks the #MeToo movement is being too hard on other men. Following domestic abuse allegations against two of his aides, Donald Trump issued a tweet bemoaning a lack of “due process” in regards to public response.

(This does leave us to wonder: Where was that “due process” when he was leading “lock her up” chants during the election?)

Two of former White House Staff Secretary Rob Porter's ex wives recently came forward with evidence of abuse, including photos of a black eye he gave one of them and an emergency protection order filed by the other. Porter announced his resignation last week after news of the allegations surfaced.

Another aide, David Sorensen, stepped down from his speechwriter position on Friday due to allegations from his ex-wife that he “he ran a car over her foot, put out a cigarette on her hand, threw her into a wall and grasped her menacingly by her hair while they were alone on their boat in remote waters.” Despite the claims and glaring evidence against Porter and Sorensen, Trump is standing by his former staffers.

The President’s support of alleged abusers unfortunately shouldn’t come as a surprise at this point. When his campaign manager was filmed assaulting a reporter, Trump wondered, “How do you know those bruises weren’t there before?” When Alabama Senate candidate Roy Moore was accused of molesting a 14-year-old girl and sexually assaulting another teen, Trump still wholeheartedly supported his run for office. And let’s not forget that 11 women have accused Trump himself of inappropriate sexual behavior.

While political aides and major Hollywood figures may be facing a reckoning when it comes to sexual assault, we’re still waiting for the president to feel the ramifications of his many offenses against women. Here’s hoping he’ll get to experience that due process himself with his own day in court.