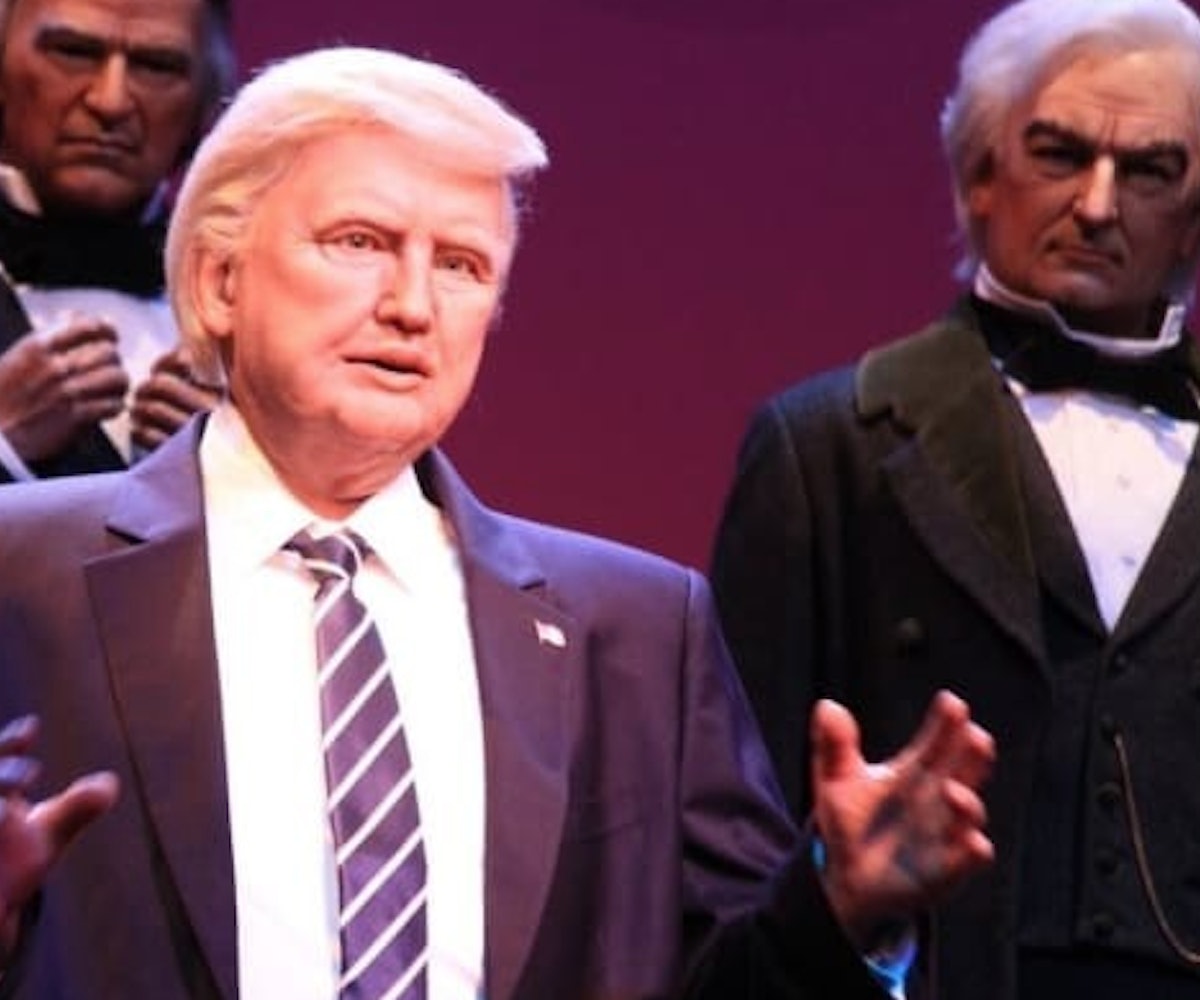 In case you missed it, Disney World unveiled the latest addition to its Hall of Presidents attraction, and it's truly a sight to (un)see. The amusement park's latest addition is supposedly modeled after Donald Trump, which would make sense since he is, unfortunately, our current president. But many people took to Twitter to share their theories on who the robot is really modeled after because, clearly, it isn't POTUS.

Some expressed that the nightmarish creation looks more like actor Jon Voight, which, like, we totally see.

One suggested that, no, the robot is very much modeled after Trump, and that Disney simply embalmed him pre- instead of postmortem.

Others chose to look past the robot's appearance altogether and focus on the real star of the show: the facial expressions of the presidents surrounding Trump.

Though all theories and comments were pretty valid, there was one that stood out: The Disney animators were originally creating a Hillary Clinton robot when Trump won the election, and they didn't want to start over.

You won't be able to unsee it.

And if you don't see the resemblance, that's okay, too. Luckily, there's one thing we can still agree on—the true winner is the person behind the robot's design.