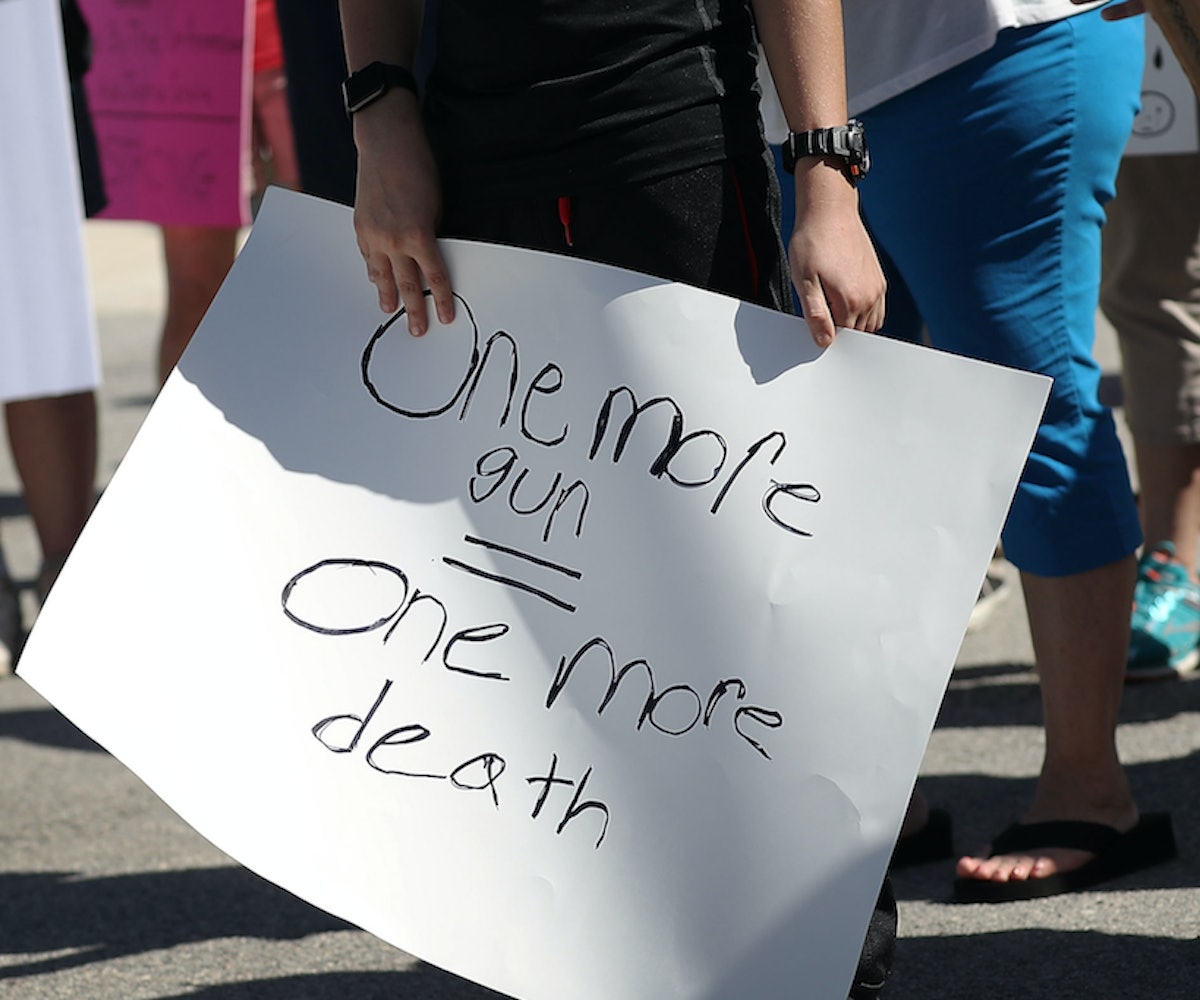 President Trump has had a lot to say in the wake of the deadly massacre at Marjory Stoneman Douglas High School in Parkland, Florida. So far, he's praised the NRA for being "great people"; suggested that, instead of implementing stricter gun control laws, we should arm teachers and give them bonuses for carrying weapons; and even carried a cheat sheet reminding him to be empathetic to survivors of mass shootings. But it's Trump's latest comments that are among the most unbelievable things the president has ever said—like, literally unbelievable.

The commander-in-chief is now claiming that he would have run inside the Florida high school, armed or not, to save students from the shooter. “You don’t know until you test it, but I think, I really believe, I’d run in there, even if I didn’t have a weapon. And I think most of the people in this room would have done that too,” he said to U.S. governors visiting the White House, criticizing the sheriff’s deputies who remained outside the attack.

"The idea of Donald Trump running anywhere, nevermind into a building and a firefight, is absurd," one person wrote. "I welcome whatever consequences there are for saying so because there will be none."

I mean... they say a picture is worth a thousand words, right?