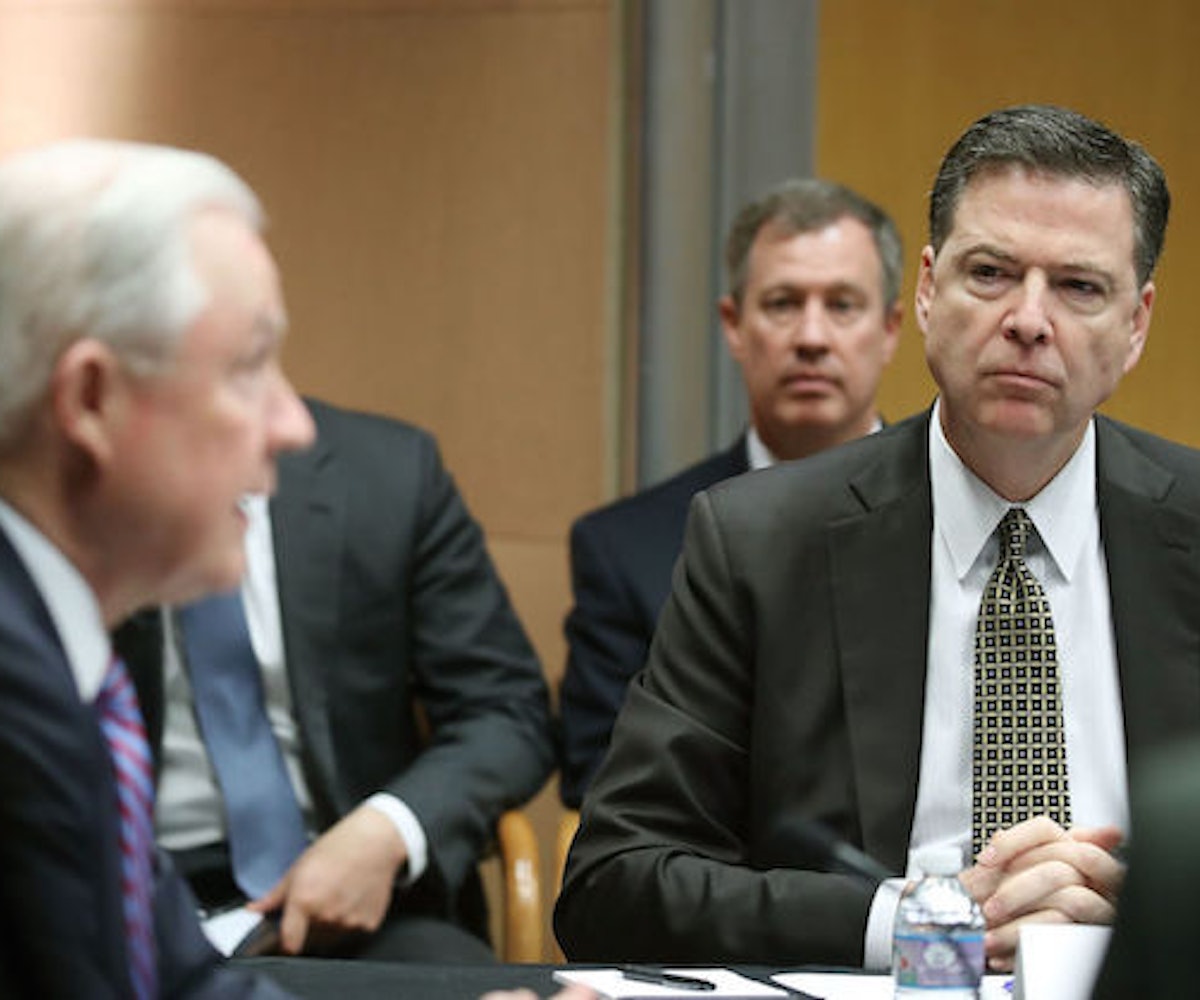 President Donald Trump woke up early Saturday morning a teensy bit cranky, it seems. Over a two-hour period, the man in charge of one of the largest nuclear arsenals in the world posted a string of 10 tweets that somehow touched on every single person and situation that is upsetting him in this greatest-hits reel of complaints and paranoias. Really, it's like he's trying to WIN! a bingo game based on the past six months of his presidency.

Reporters and other tweeters, of course, pointed out the inconsistencies and lies from the president's statements and backed them up with facts. Among them, the fact that Hilary Clinton had been investigated for the email fiasco, and that Donald Trump, Jr. lied multiple times about his meetings with people connected to the Russian government. Perhaps the most fascinating and head-scratching statement: What could he have possibly meant by "Amazon Washington Post"? Is "Amazon" mean to imply something wild and untamable, like calling something "the Wild West"? Which, if true, is also pretty racist?

Twitchy.com editor Greg Pollowicz had the best response to this one, saying, "What I like best about AmazonWashingtonPost Prime is that I get my leaks for free in 2 days." Also why did the president need to segue into going to the commissioning ceremony for a new aircraft carrier in the middle of talking about the "failing" New York Times (to whom, as reporter Chad Livingood points out, the president gave a 50-minute interview with three reporters only days ago) and pardons? Of course, this commissioning ceremony is for the largest aircraft carrier, so maybe that's why it had to be mentioned. But also, what is even the point in guessing this stuff anymore when it feels like nothing means anything?

Look, it's exhausting and there is a lot to unpack here, least of all that the cognitive dissonance between tweets and their obvious incoherence. This is par for the course at this point, but seeing it all laid out like this drives home the fact that, regardless of whether or not Trump is actually experiencing some kind of real mental decline, this man does not have the mental capacity for the presidency nor is he able to focus on anything besides his own perceived slights. But you know what? We need to keep resisting and it won't do anyone any good if we're all burnt out.

So don't let this put a damper on your Saturday. Go finish your Fruity Pebbles and do whatever you were going to do today. Even better, go volunteer somewhere. Do something that makes you feel like you've contributed something real and good, whether if it's kicking in a few dollars to a good cause or working at a soup kitchen. If these tangled lines remind of us anything, it's that we still have so far to go and every little bit of good and every act of resistance counts for something.