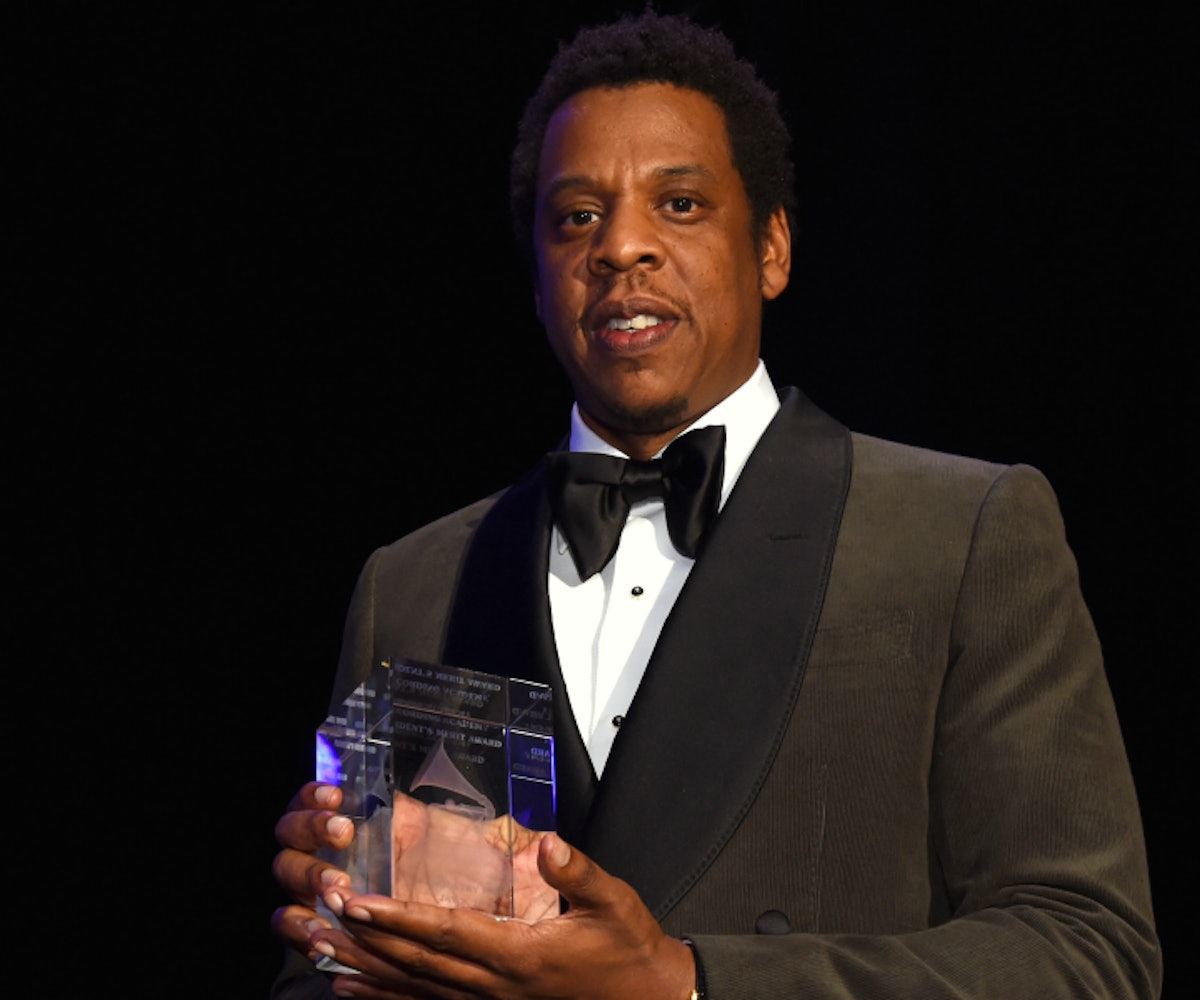 After Jay-Z called Trump a "superbug" and his comments about "shithole" African countries "disappointing" and "hurtful," the president has decided to respond, because he just can't help himself.

"It’s not about money at the end of the day,” the rapper said on the debut of CNN's The Van Jones Show. “Money doesn’t equate to happiness. That’s missing the whole point. You treat people like human beings. That’s the main point.”

He also said that Trump's racist remarks are the result of society trying to cover up racism, rather than address it head-on. “You don’t take care of the problem,” Jay-Z said. “You don’t take the trash out. You keep spraying whatever over it to make it acceptable. As those things grow, you create a superbug. And then now we have Donald Trump, the superbug."

It's also worth noting that Trump has only chosen to attack Jay-Z for his comments, not Eminem, who recently said a "fucking turd would have been better as a president." This is yet another example of the president only going after black people in a way to harness white hostility toward people of color who speak out.

While it's not really news that Trump is tweeting petty things about celebrities, it's always good to check in and remind ourselves that none of this is normal and we shouldn't become desensitized to any of it.

In other non-news, Trump recently told Piers Morgan he's not a feminist. “No, I wouldn't say I'm a feminist," he said. "I mean, I think that would be, maybe, going too far. I’m for women, I'm for men, I’m for everyone.”

It should be a surprise to no one that a man who has been accused of sexual harassment and assault by more than a dozen women and bragged about grabbing pussies on TV doesn't identify as a feminist.

NEXT UP
Culture
6 Shows To Binge Once You've Finished 'The White Lotus'
Entertainment
Meet Andreas Metaxa, The Man Behind The Miami Jet-Setting Memes Of Supersnake
Astrology
January 2023’s New Moon In Aquarius Is All About The Big Picture
Culture
Succession Season 4 Trailer Explodes With Family Drama
Style + Culture, delivered straight to your inbox.