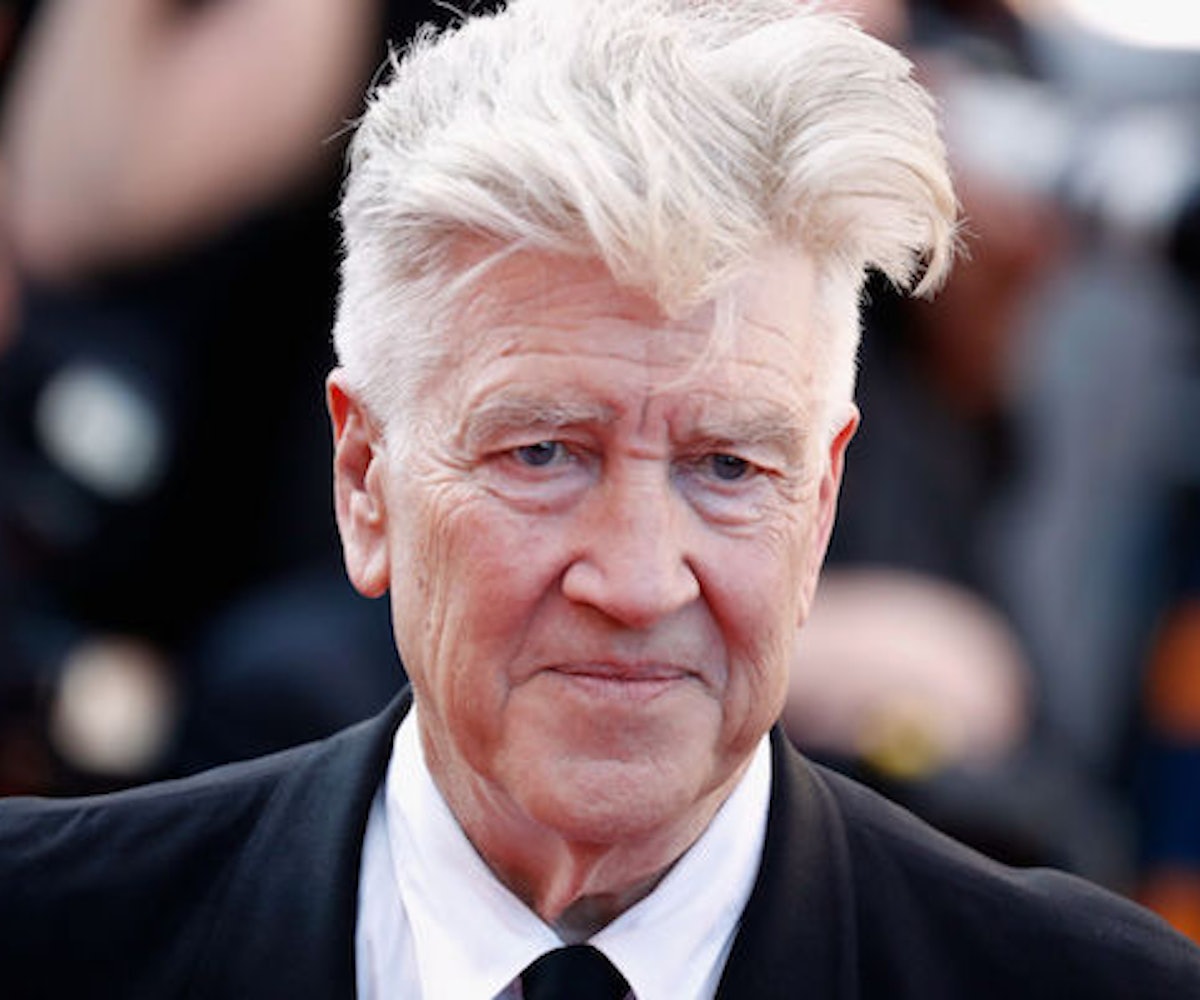 In news that should surprise exactly no one, David Lynch does not like it when actors try to improvise on his scripts.

The revelation came during the "Twin Peaks" panel at San Diego Comic-Con Friday, where the cast was extremely limited about what they could discuss about the beloved but often-confusing show. Nobody was allowed to speculate about what was happening, or would happen, or interpret any past or future plot points, which doesn't leave room for a lot of discussions. Although the director wasn't actually there in person, he was a major topic of conversation, to put it mildly. An artist through and through, Lynch made a bizarre short film to say hello to the audience, which then devolved into something involving a dead hand, O.J. Simpson, and a horse. Because of course it did.

The cast also revealed that they absolutely, truly adore the man, with Don Murray gushing, "You go home from a day’s work with David and you feel good about it and about the world because you’ve had that experience." But perhaps one of the funniest anecdotes from the session involved Lynch having zero tolerance for people going off script.

Kyle MacLachlan remembered that Jim Belushi, who plays Bradley Mitchum, tried to "ad-lib a line in this heightened moment of euphoria," which was met with a loud "cut!" from Lynch on the megaphone. He asked the actor, "Mr. Belushi! Do I have to report you to the principal’s office?" to which Belushi replied, "No sir! Got it!"

Smart move, because who knows what Lynch's principal's office would have been like. We'd be lucky if Belushi were ever found again, lest he be transported to some kind of parallel, hellish world. At least the office would probably look pretty cool.

NEXT UP
Entertainment
A New Trailer Explores The Dark Side Of 'Barney'
Life
NYLON Newsletter: September 29, 2022
Beauty
Olivia Cooke’s Beauty Evolution, From Indie Ingenue to ‘House Of The Dragon’ Queen
Entertainment
The 2023 Met Gala Theme Is Karl Lagerfeld: A Line In Beauty