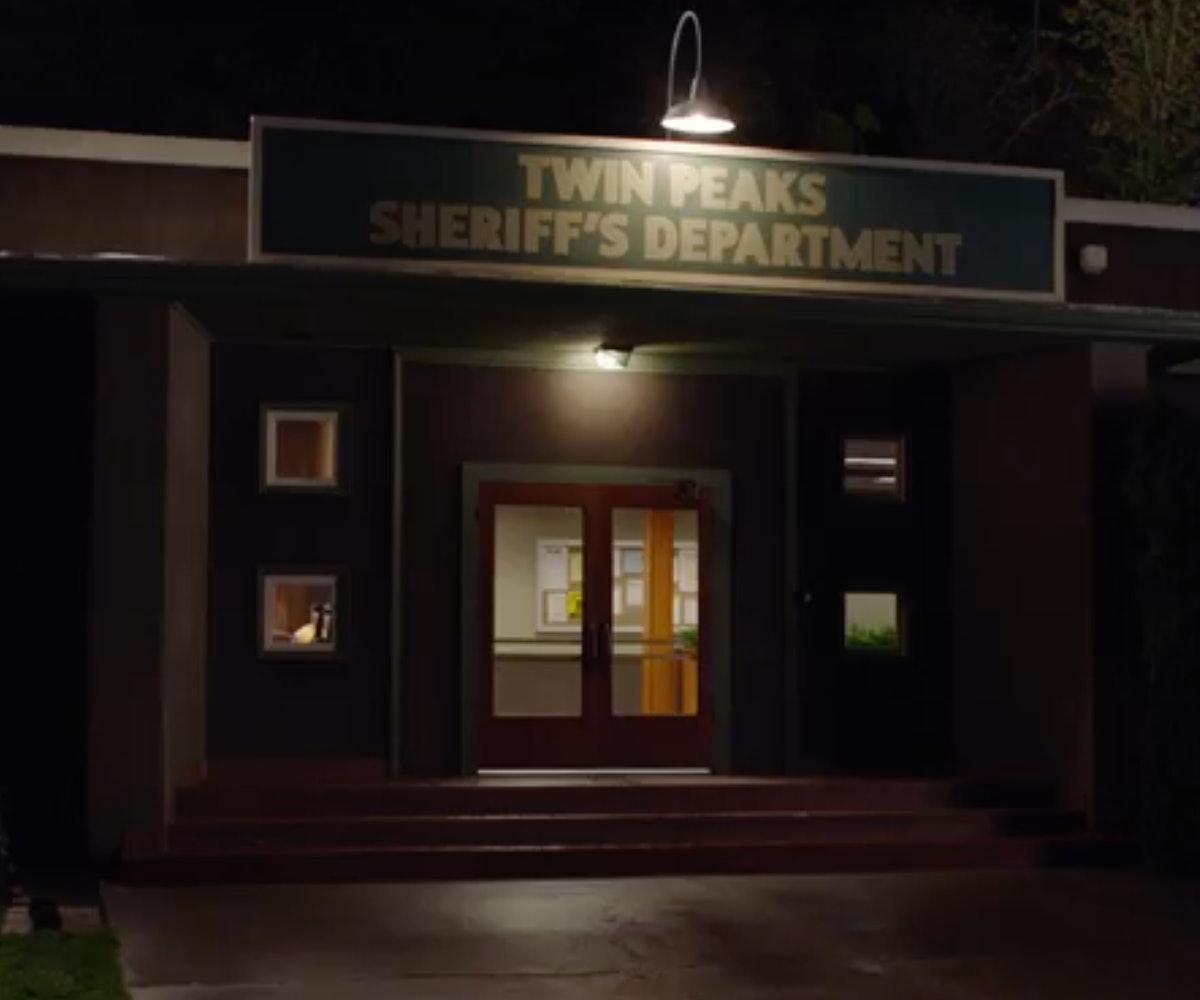 The idiosyncratic and vaguely supernatural eponymous town of cult TV series Twin Peaks had some pretty memorable hot spots ranging from a woodsy hotel to an interdimensional waiting room. A new teaser for the series' return next month is letting us know that the spooky town hasn't changed too much since 1991. Check it out:

In quick succession, the new teaser (which gives basically nothing about what the third season will actually be about) shows off shots of the Double R Diner, the Twin Peaks Sheriff's Department, and what appears to be Laura Palmer's house amongst a few other key locales. Dazed observed that the Double R seems to have added a drive-thru window to keep up with the times. Of particular note, though, is the return of the Black Lodge, a kind of dream world/lobby of the damned which the series' protagonist, Dale Cooper, repeatedly finds himself wandering in.

“There are a lot of things that happened in the world that I can’t talk about, that are going to be different," says Kyle Maclachlan, who will be reprising his role as Agent Cooper. "When you see it you’ll have a better grasp. I’m interested to see how people will respond.”

“It was crazy being Cooper again, and getting to revisit this character," he added. "Going to work with people you really like is a great thing. There were long hours and it was hard work but I just didn’t care. I’d get in and see David first thing in the morning and we’d have a handshake and say, ‘This is going to be a great day.’”

No one knows exactly what to expect from the reboot, especially considering the new 18-episode season is set to feature over 200 characters and is based on 400 pages of script. Lynch has cautioned viewers to consider the return of the show as more of a multi-part film than a traditional TV series.

Twin Peaks finally returns on May 21 at 9pm. The first episode will air on Showtime, with episodes 2 and 3 streaming online immediately after.