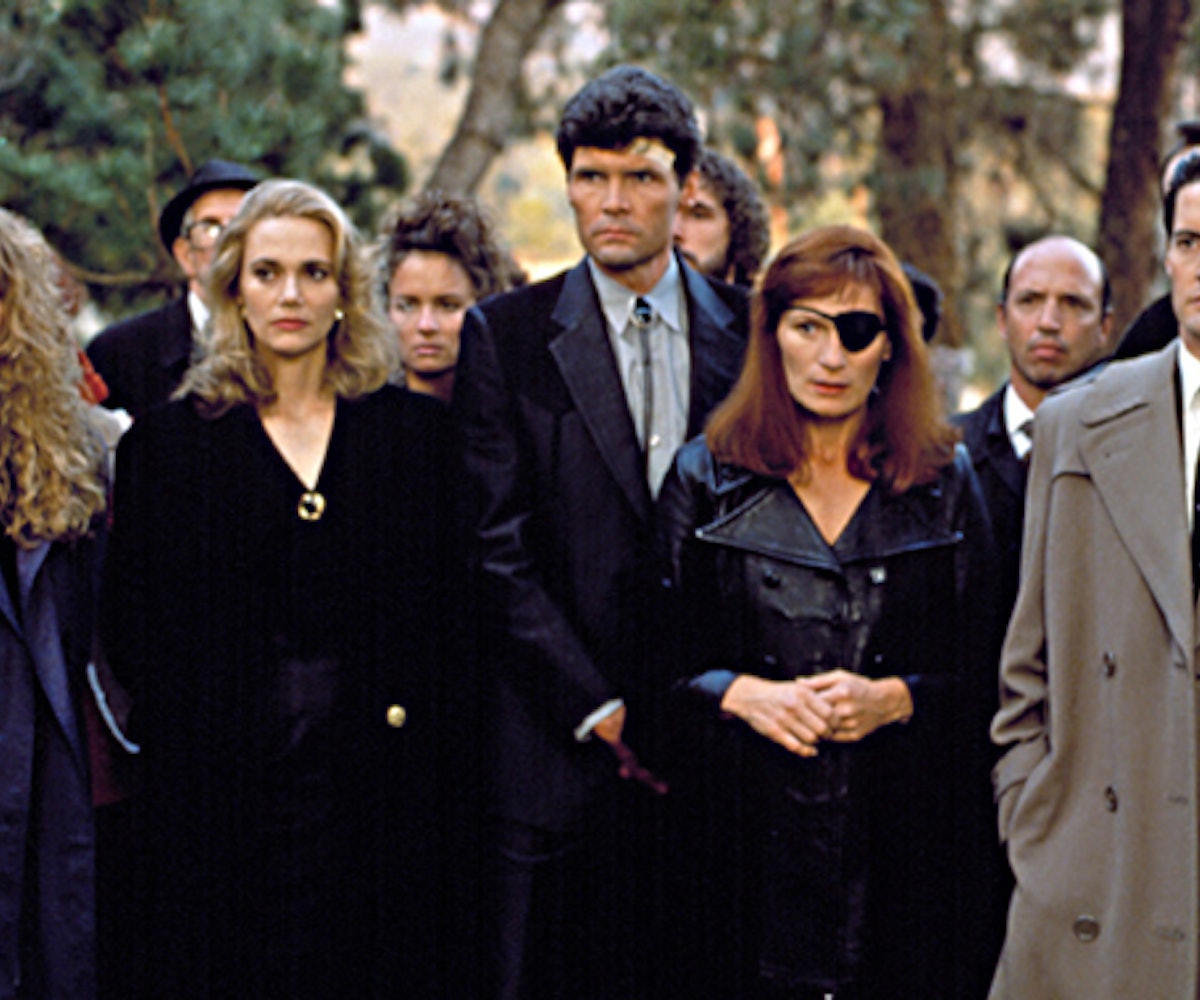 After word spread back in 2014 that David Lynch’s Twin Peaks was getting a revival, it quickly became the most anticipated show of 2014, 2015, and now 2016. Showtime revealed the cast back in April (which includes a lineup of a whopping 217 actors), but things have been pretty mum since. Five months and twenty-five years later, we finally have a glimpse into what we can expect from the revival.

A short video teaser shows composer Angelo Badalamenti playing the series’ “Laura Palmer” theme music as an image of said character appears in the background. Lynch tweeted out the sneak peek this afternoon, with the caption “Dear Twitter friends, my dear brother, the brilliant @DamnGoodPie, is back!”

Indeed he is. Along with Badalamenti—and his Grammy-winning music—OG cast members like Kyle MacLachland, Sherilyn Fenn, and Mädchen Amick will also make an appearance. The 30-second snippet definitely isn’t enough to hold over Twin devotees until the 2017 return, but it will have to do for now.

Watch the haunting clip above.

NEXT UP
Entertainment
Bad Bunny, Lizzo, Kim Petras Will Perform At The 2023 Grammys
Culture
6 Shows To Binge Once You've Finished 'The White Lotus'
Nylon Nights
How Renzo Rosso Turned The Pelican Hotel Into A Miami Must-Stay
Entertainment
Samia On 'Honey' & Saying The Ugly Part Out Loud
Style + Culture, delivered straight to your inbox.