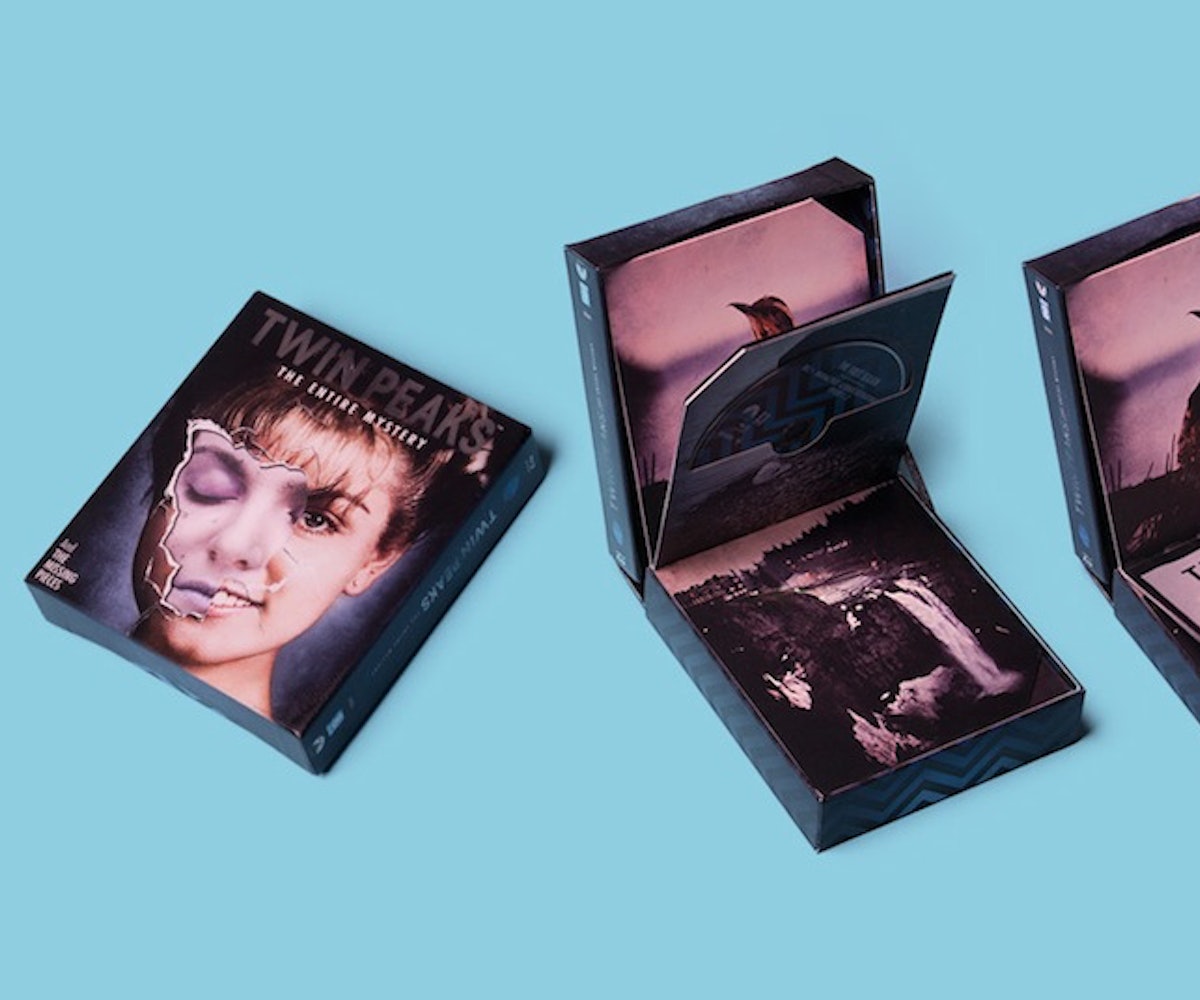 And so after the show's network cancellation came Fire Walk With Me, the silver screen prequel-sequel multi-dimensioned film that followed Laura Palmer through the last week of her life. We met Teresa Banks, another one of Bob's victims, and saw Special Agent Chester Desmond disappear, in a circumstance one can only assume to be similar to Dale's in the series finale. And while the film did give us a bigger insight to the White/Black Lodge duel, we were still left as lost as poor Annie Blackburn. What did the blue rose symbolize? Would Dale ever find his way out? What was Bowie muttering on about?

Now, after numerous devoted fans pleaded and penned positions, Lynch has released 90 minutes of the film's deleted scenes and extended footage in Twin Peaks: The Entire Mystery, a ten-disc Blu-ray boxed set, completed with the entire two seasons and film. And obviously, we jumped at the chance to watch it. With a little Cooper charm and investigative tactics, we were able to delve deeper into the mystery. Here's what we found:

Bobby really did love Laura. Their relationship seemed to be broken beyond repair in Twin Peaks, Bobby already head-over-heels for diner girl Shelly Johnson at the time of Laura's death, seemingly unaffected by Laura's demise. But in the missing footage, we see more of their relationship, Bobby publicly pining over his high school girlfriend and understandingly fueling her cocaine addiction in exchange for a little bit of unrequited love.

More insight to Dr. Jacoby and Laura's relationship. Viewers grappled with the whole "was Laura's obsessive Hawaiian shirt-wearing therapist responsible for her death?" dilemma back in the first season, especially after seeing him listen to Laura's personalized tapes. He attempted to justify them, but he just wasn't convincing enough. The Missing Pieces shows Dr. Jacoby begging Laura to make him a tape, further showing exactly how Laura was continuously objectified by just about every man around her.

More Bowie. Bowie's appearance as "the long-lost Phillip Jeffries" in Fire Walk With Me was exceedingly strange. He appeared out of thin air, mentioned a mysterious woman named "Judy," mentioned "February 24," the date of Laura Palmer's murder, mentions Bob and the Man From Another Place, and then disappears in a flash. The most interesting thing about Jeffries' scene comes when he points to Agent Cooper and says, "Who do you think this is there?" In the extended scene, we see Jeffries appear in a foreign hotel, mystified and terrified. While this extended footage only muddles matters, more Bowie never hurts.

Does Annie survive? When it seemed like Dale Cooper had found his one true love, the dark forces in Twin Peaks had to intervene. She is abducted and taken to the Black Lodge, which Dale subsequently enters during the finale in hopes of saving her. In a deleted scene, we see Annie's body rushed to the hospital, where she slips into a coma. While incapacitated, we hear her urge Laura to write in her diary; the "good" Dale Cooper is trapped in the Lodge while Bob, inhabiting Cooper's body, roams free. In the original Fire Walk With Me, we see this from Laura's perspective, as Annie appears to her in the middle of the night and utter these exact words.

The purpose of the ring. One of the more confusing elements of Fire Walk With Me was the green ring. Its resemblance to the green formica, which the Black Lodge's inhabitants praise for some unexplained reason, and its mysterious power (it disappears off Teresa Banks' finger, Special Agent Chester Desmond disappears when he picks up the ring in the trailer park, Laura Palmer is warned not to wear it and is murdered when she does...) were obvious. But exactly what did it do? This question isn't necessarily answered, although we do see the ring pop up in deleted scenes, multiple times in the Red Room and then again when a nurse slips it off Annie's finger in the hospital. The mystery lives on!

Twin Peaks: The Entire Mystery comes out today. Get it, watch it, and let us know your insights!