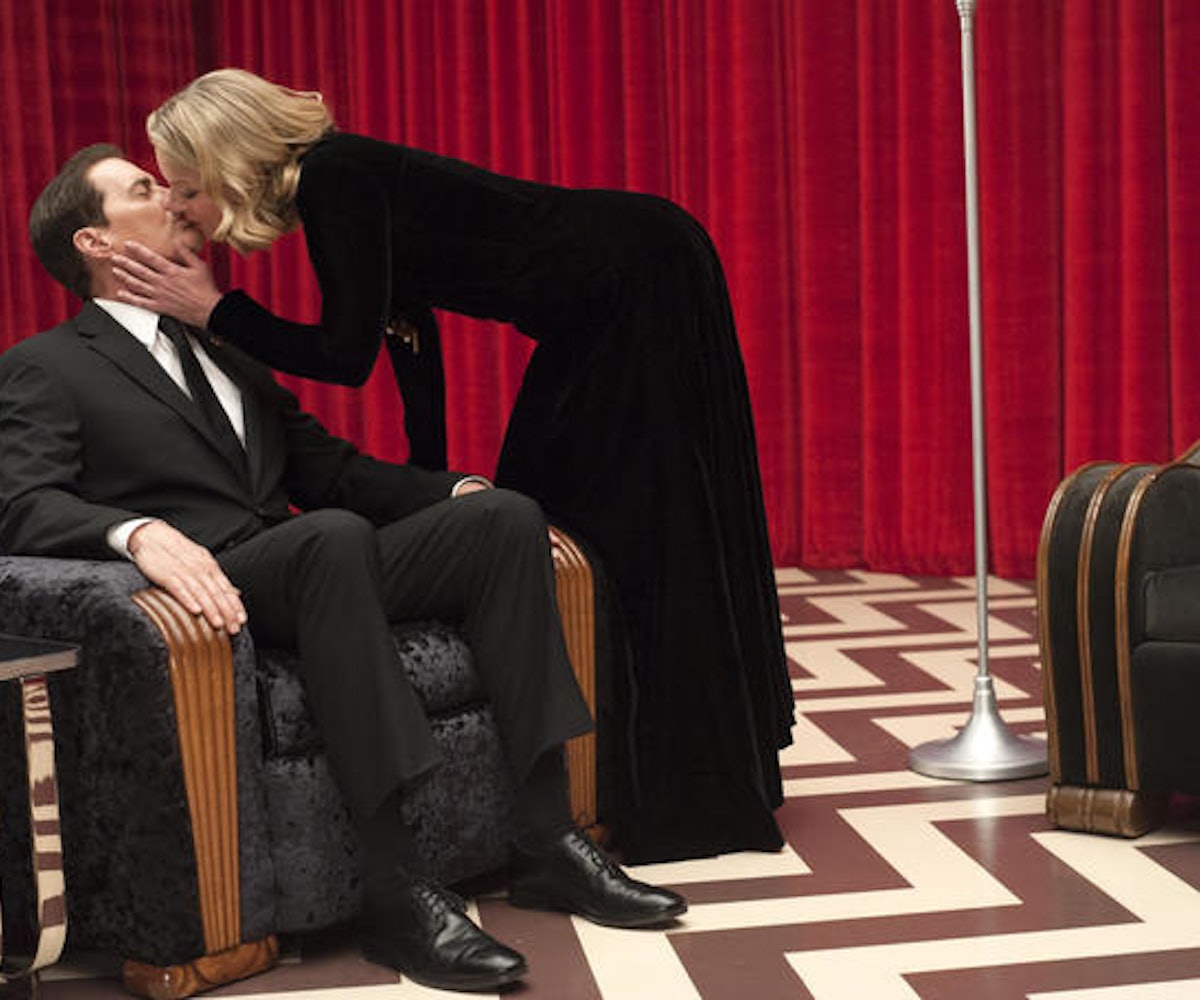 What's it really like inside the mind of David Lynch? Here, listen to this new album of drone music from the Twin Peaks: The Return series and you'll get some sort of idea. (Hint: It's, uh, something else.)

Dean Hurley released Anthology Resource Vol. 1: △△ this week, which features his atmospheric work for the new season. It's unsettling and unmistakenly Twin Peaks. Hurley is no stranger to Lynch's world; he's engineered the director's solo albums, in addition to helping design the sounds on his screen work for almost a decade. This startling compilation is filled with deep hums and melodic white noise that seeps into the listener's bones, almost transporting them to The Black Lodge itself. Listening to this on high volume through your headphones will definitely send a jolt through your body. "Electricity I" is particularly eerie due to the demonic voice that jumps from Hurley's cacophony of noise, tone, and aggression.

The whole album is available to stream, below, and for purchase at Bandcamp. Fair warning, though: This is not one of those albums you put on to get work done. Like anything with Lynch's name attached to it, Anthology Resource Vol. 1: △△ demands your full attention. Listen carefully. Volume two is likely coming soon. Meanwhile...