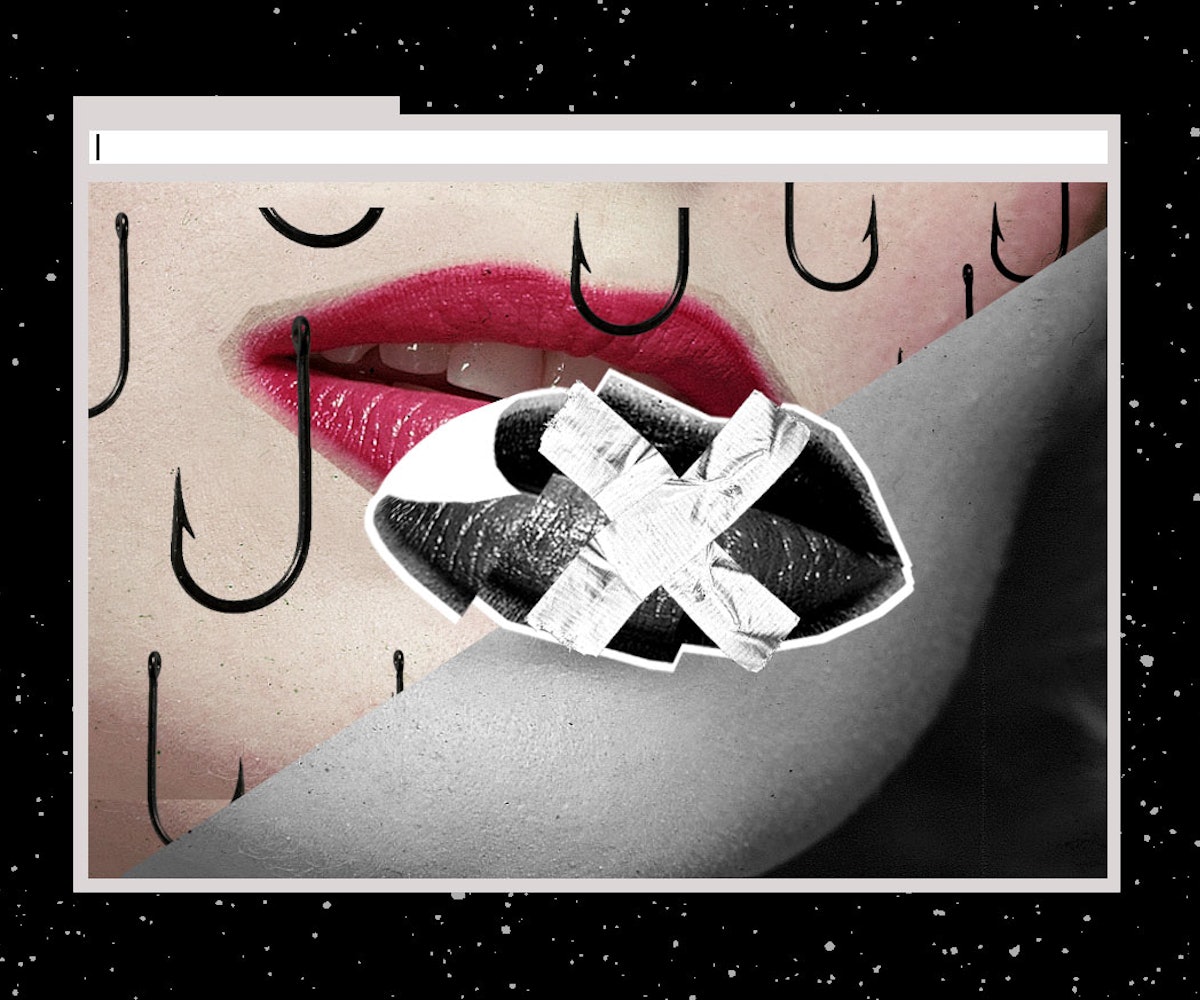 Names have been changed for safety.

I know it's easy to assume you are a robot; but I think you are probably a real person with feelings and thoughts of your own. Maybe you're in love, maybe not. Maybe you are a woman; maybe you love a woman or have a daughter. But the reason I'm asking for your help in recovering access to my account is a little more complicated than checking the box titled, "I forgot my password."

So here's the backstory, if you'd be so kind in hearing it.

It is a story about triumphing over adversity—but one which I never speak about publicly because...Well, I don't know why. I guess I'm ashamed, but mostly because I am still afraid of him. I hope that one day I'll stop being scared of the power he can wield with his mouse, or the power he could wield over me IRL.

When an angry man hiding behind a screen does something as seemingly insignificant as hacking and disabling a twitter account—what are my options? When he actively slanders my character online, redirects my URLS, or takes down my website (which, not coincidentally, he holds all the login information for), he's not just causing an inconvenience —he's disabling my power, silencing my voice, and muting my autonomy—and there is nothing I can do about it. When he floods my inbox with hundreds of emails from hundreds of random email addresses with hidden IP addresses, telling me over and over again that I'm worthless, that nobody cares for me, that I deserve to be put away for fighting back, that he OWNS me—who can I turn to? When he presses "click" on a message threatening to come to my house and rape me, to break my legs and leave me to die because nobody cares, I've got no recourse but to close my computer, and live in terror.

If these actions sound scary in the context of cyberspace, just imagine how he made me feel in real life. I was terrified of him. But not anymore.

I often liken the experience of emerging/escaping an abusive relationship like the process of removing a multitude of fish hooks from your skin. Emotional abuse and control is a real threat to women; and it can destroy souls. These people isolate you from those who love you and make you believe you are unable to survive on your own.Your entire world begins to rotate around their sun, a moody, volatile explosive star—you descend slowly and meticulously into their spiral of manipulation and terror until finally, you snap.

I fought back, and I did what I had to do to survive.

I haven't spoken to him in three years.

Now, I have my own job, my own apartment, my own life.

However insignificant as it may seem—this small and final cyber victory, regaining access to a measly 140 characters feels like a metaphor for my survival, the final hook removed, the last entanglement from that sad but ultimately empowering learning experience which I had in my mid 20s. I can talk again.

Also, I'll just be stoked to be able to make more dick jokes in 140 characters.

NEXT UP
Culture
The Madonna Biopic Is Being Scrapped
Astrology
February 2023’s Full Snow Moon in Leo Embraces The Real You
Fashion
Jenna Ortega Is The Face Of Adidas’ Newest Line
Culture
Marie Faustin Loves To Waste Men’s Time
Style + Culture, delivered straight to your inbox.