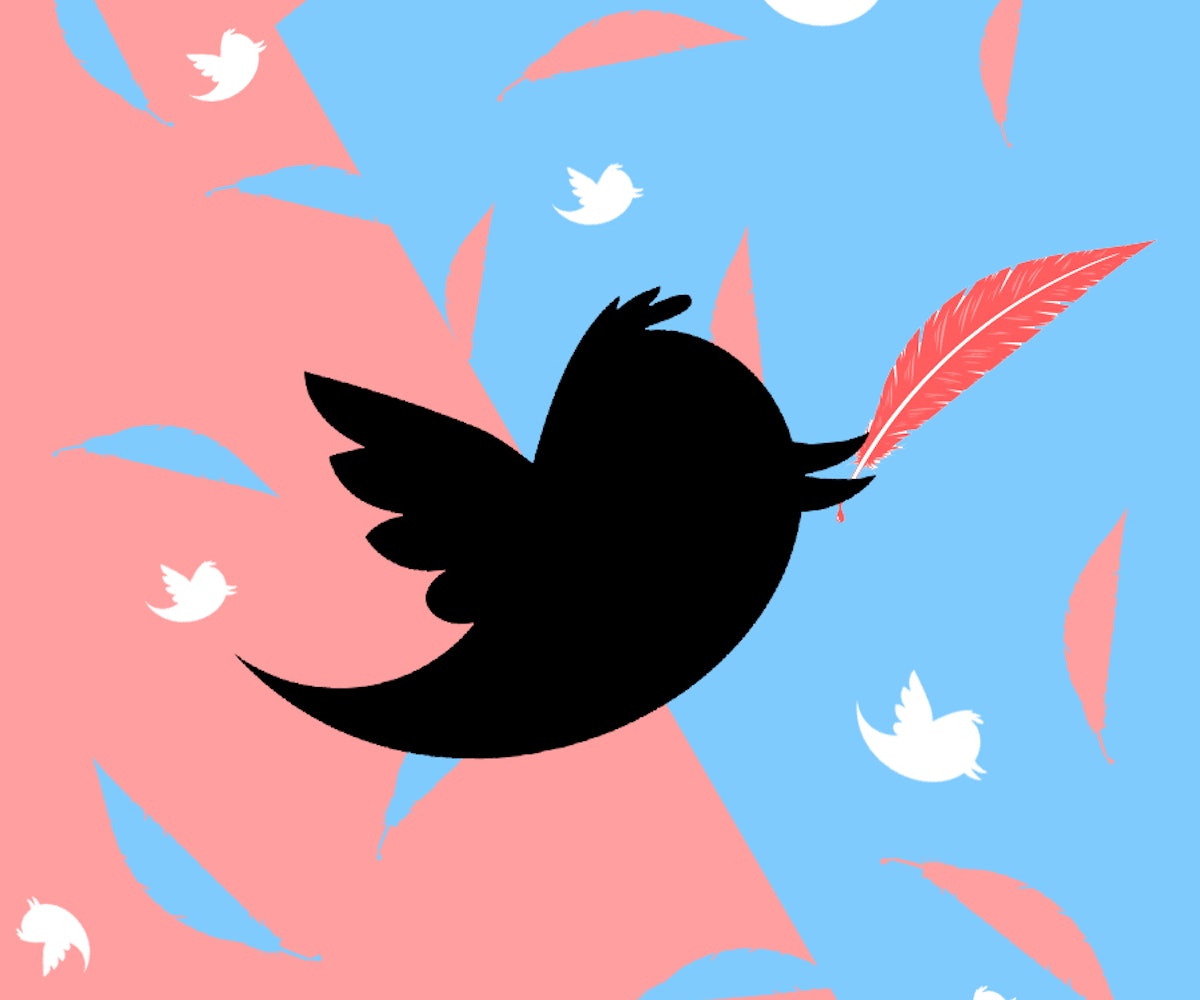 Poetry has its roots deep in human history. Initially created as a way to orally remember and share stories, poetry has long been a staple of human interaction and community building. The concept of shared experience through recorded history, however, is one that doesn’t apply only to the cave paintings and story circles of the past. In the digital age, where stories, writing, and art can be quickly shared with thousands at the click of a button, one social platform has evolved into a story sharing platform so powerful it is impacting thousands of lives daily.

Twitter’s rise over the past few years has provided a home for a variety of content creators. Most of these creators are celebrities, politicians, and business moguls, but a large and sometimes overlooked portion of Twitter’s influencers are poets. We spoke with three users who have created intense poetry and experience-driven communities on Twitter to pick their brains on what some people refer to as “feelings Twitter.”

"Poetry loses its grandeur when you realize there isn't a single combination of words that can make someone love you back." This is the tweet that started it all for Tom Leveille of @avxlanche, whose girlfriend prompted them to create their account, which now has over 57,000 followers, three years ago. He recalls, “As I started, I tweeted little bits of anything. As I kept tweeting it kind of just exploded.”

Meredith "Berry" Fuller, 22, runs the account @detricotage, now home to over 28,000 followers, which she began when she was 19. “I was in a very negative headspace when I stumbled into poetry Twitter,” she says, “I was clumsy and honestly god-awful, but it felt good to have a space where I could exist as my rawest self without the pressure of feeling like people from my personal life were going to judge me. At the start of my account and really up until last year, I harbored a lot of bitterness over past pain and it manifested in my writing. Luckily, the content of my account has grown with me.”

Melissa Broder, whose account @sosadtoday is home to a community of 337,000, had a similar beginning. “I started So Sad Today in the fall of 2012 during a dark time, because I didn't know what else to do to be okay. I was going through a particularly harrowing period of panic attacks and depression and therapy, and an increase in medication or any of my other tools weren't working."

The subject of mental illness is a common thread for these three creators. If you simply Google “mental health and social media” tons of articles show up linking the two and blaming one for the other. The National Alliance of Mental Illness reports that “mental health conditions are common among teens and young adults. One in five live with a mental health condition—half develop the condition by age 14 and three-quarters by age 24.” The communities built on social media, especially Twitter, can be incredibly impactful not only for young people suffering from mental health conditions but for those who feel underinformed as well. Leveille explains, "before I made a Twitter account, I didn't know what self-harm was. I didn't know about eating disorders. I was uneducated about white privilege, feminism, and the real-life problems people of color and the LGBTQ community face every day. It's really helped shape me into a much more open-minded person, and I'm growing every day.”

Berry has really felt the impact of this community forming as well. “I use Twitter as a tool to encourage unapologetic self-love, tell morbid jokes at my own expense, and share my heart with people who need to feel understood. I keep my direct messages open so that women and girls—honestly anybody—can have a place to spill their guts and just feel cared for. I can't count how many people have come to me and told me I helped them overcome an eating disorder, or given them the tools to cope with depression or leave an unhealthy relationship. It's wild. I never, ever could have imagined that this platform would grow in the way that it has. All I really want to do with my life is make things better for other people and make some beautiful stuff before I'm dead. It's so unreal to me that people cry when I talk to them and want to meet me and be like me. People think I'm cool and inspiring even though I'm 22, and I still flick my boogers and barely know how to pay taxes. I'm just really grateful.”

Berry expressed to us that one of the things she loves about Twitter is the immediacy. “Being able to send out a thought the moment it comes to me? That's so wild. In terms of community and art, I think it's a great way to be able to share your work with other artists as well as express yourself among people who just sort of get it. I've collaborated with a lot of different people and produced really cool stuff, as well as formed great friendships. I've also had the opportunity to meet a handful of my friends from Twitter in person and none of them attempted to murder me so that's pretty rad” she says.

For Leveille, their tweets have literally turned into a career, garnering them a published book of their poetry and a reading tour across the country. “If someone approached me and said, 'Hey, you are going to be published and go on tour reading poems to people across the country,' I'd look at them like they had two faces but here we are. It's been an exciting journey and it's happening very quickly. I was turned down by more than a handful of venues and turned away by default by some because I never heard responses back from the people who handle booking at the venue. With that being said, over the course of nine months, the tour has almost twenty dates on it, and sparked interest for an even larger tour in the fall.” Broder has also published an anthology of poetry, So Sad Today, since starting her account.

Though these creators have garnered success on the platform, their content remains genuine and thoughtful of their audience. Berry focuses on using her account to create a positive community. “Healing doesn't happen in isolation,” Berry reminds. “Surround yourself with people who will build you up, and either help you or encourage you to seek help. Twitter, for me, has served as a coping tool for mental illness but it is not without fault. It's so validating to see that there are other people all over who understand what you're going through, but if you aren't careful, it can turn into an echo chamber where all you're doing is exchanging negative energy, recycling your pain, and making each other sicker. Community is great; it’s essential. We are relational beings by nature, but remember that membership in any community should improve your life.”

On the art itself, Leveille notes that “it kind of feels like yelling into my own abyss,” but “there is a whole world of people out there that can breathe when they know they aren't so alone anymore.”