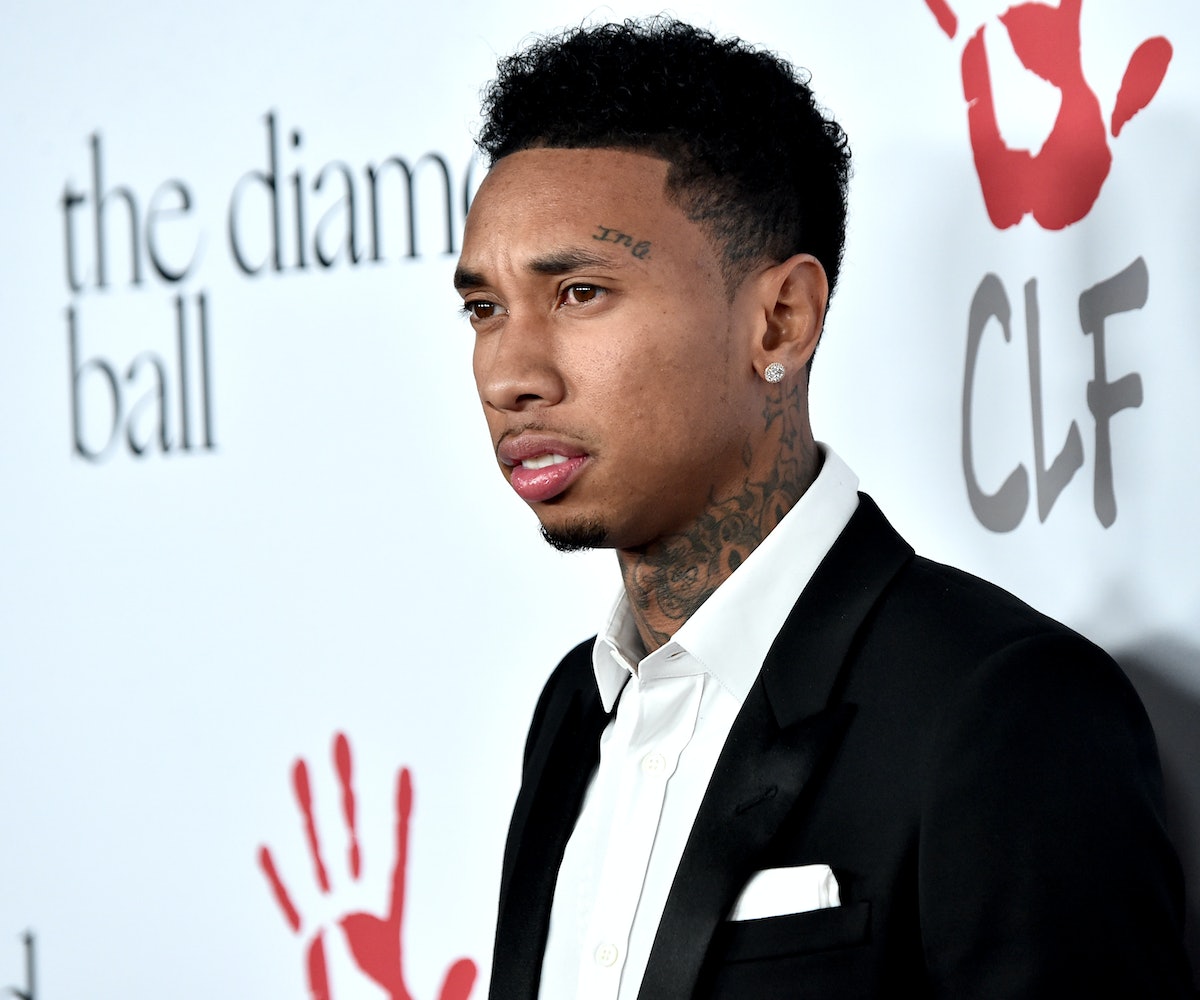 Today in totally unsurprising news, noted sleazebag and underwhelming rapper Tyga is being accused of sending inappropriate DMs to 14-year-old model Molly O’Malia. Tyga reportedly reached out to O’Malia on Instagram, where she has close to 50,000 followers, sending her a string of "uncomfortable" DMs. A visually upset O’Malia held a press conference with high-profile attorney Gloria Allred yesterday afternoon, where she detailed Tyga's unwanted advances. "I thought that it could possibly be about my music, but he did not mention that in his initial communication with me," she said. "I thought that was strange, but I was thinking he would bring that up in his next message to me. However, he didn't mention it in the next message."

O’Malia came forward after OK Magazine published a blurry photo of her on its cover alongside the headline "Tyga in Love With Underage Teen!" She claims things reached a breaking point when Tyga insisted on FaceTiming with her several times. "He asked me to Facetime three times, but I didn’t do it,” she said. “Because of my discomfort about why he wanted to communicate with me, I quickly stopped responding.” Tyga has already denied the allegations, with his manager telling TMZ that the rapper was in fact reaching out to O'Malia because he was interested in hearing her music for a possible collaboration. If that's the case, then maybe someone from Tyga's camp should have reached out instead, given Tyga's reputation. As for O’Malia, she said she came forward to prevent this from happening to another young girl. Her Instagram account is now private.