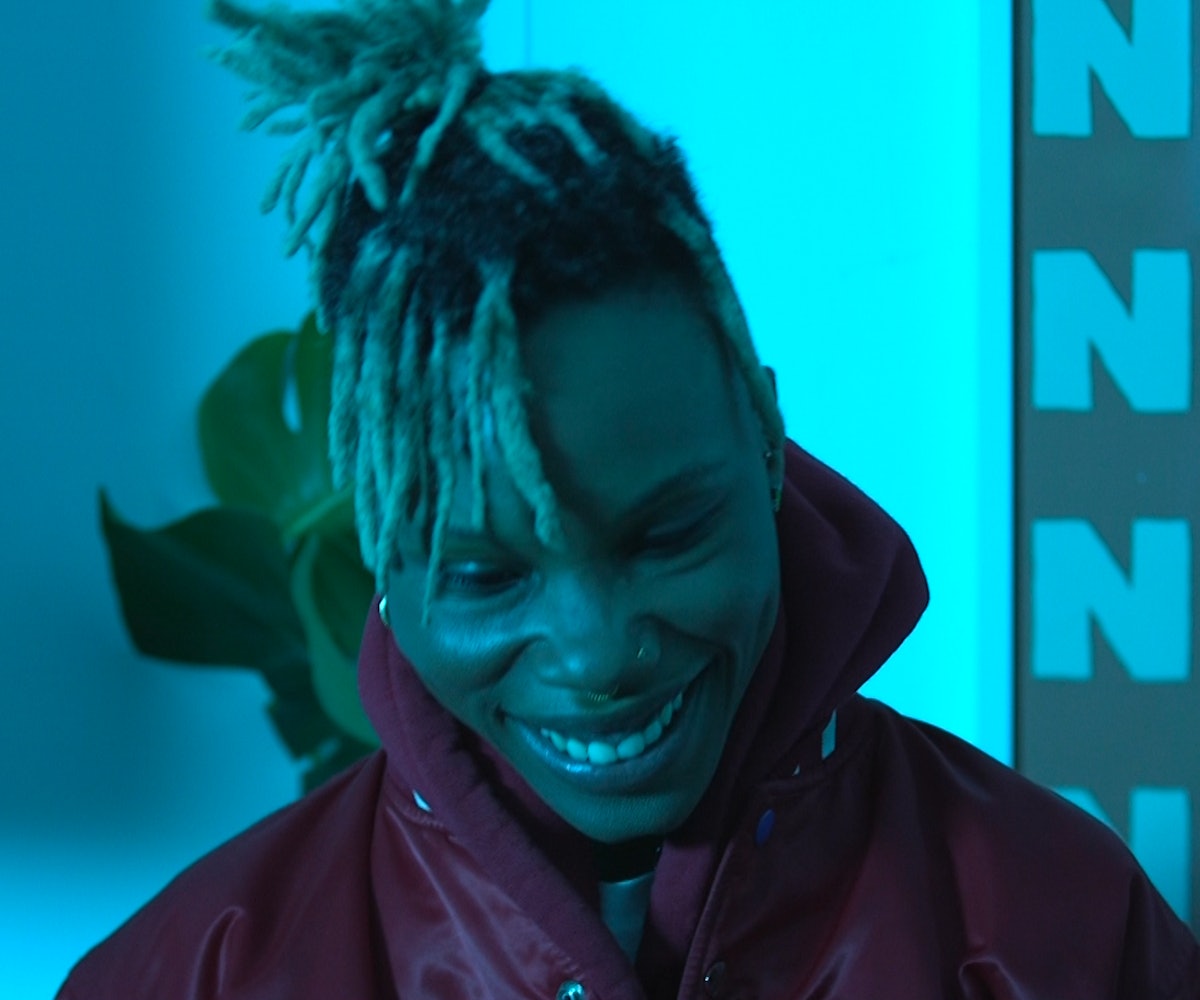 The secret to doing anything successfully is to just do it. For those looking to dabble in the DJ world, Tygapaw, the Brooklyn-based, by way of Jamaica DJ, suggests starting with Facebook. "There are Facebook groups that are really great platforms for connecting with other women in the music industry," she says. "Groups like Intersessions, an inclusive sound initiative, provide safer spaces for women and LGBTQ+ people."

Tygapaw recently stopped by NYLON's offices to show us a little of how it's done. "Gender doesn't have anything to do with my capabilities as a DJ," she says. With a new EP on the way and the three-year reunion of her party Fake Accent looming in the near future, Tygapaw's hands are certainly full. But she's paying it all forward by encouraging other female-identifying individuals to get into the DJ world because the gender divide is still very striking. Despite electronic music being the fastest growing genre, 17 percent of all the electronic headliners last year were women. But projects like Scratch Academy and the Smirnoff Equalizing Music initiative—which aims to double the number of female headliners in three years—are opening doors for female representation. Tygapaw, too, is a leader within the world, landing the Top 50 Women Making Noise list. Get into her groove in our exclusive video above.

If you're looking for more resources, Tygapaw suggests Sistrin, which is a space for everyone but focuses on female-identifying people of color "as an alternative to both male dominated music industry networks at large and feminist groups that claim sisterhood but erase and diminish WOC." Plus check out some of Tygapaw's most favorite up-and-coming female DJs today below: