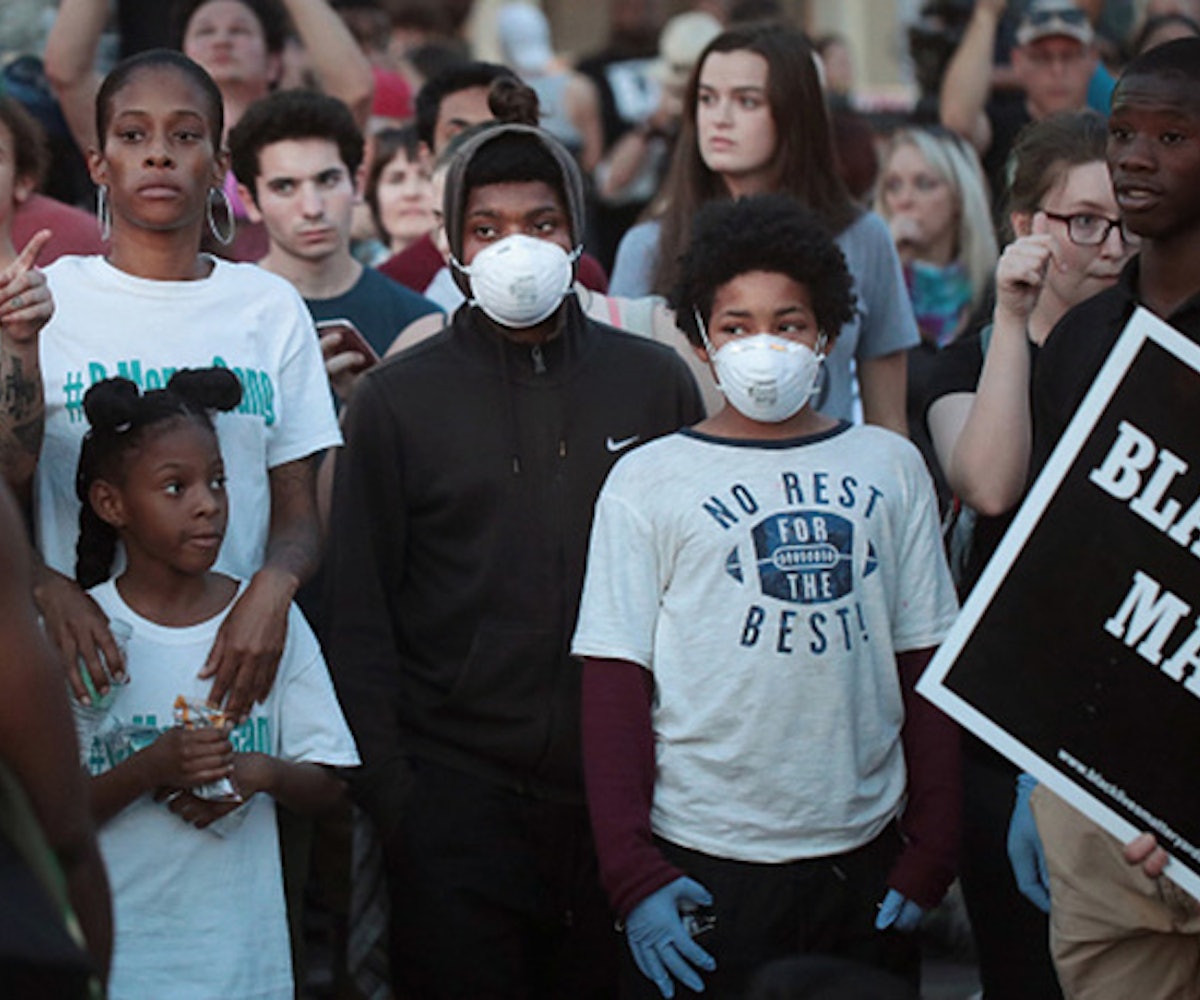 Protesters took to the streets after ex-cop Jason Stockley was acquitted in the fatal shooting of a black driver, Anthony Lamar, in 2011. U2 and Ed Sheeran canceled their St. Louis shows as a result, due to safety concerns.

"We have been informed by the St. Louis Police Department that they are not in a position to provide the standard protection for our audience as would be expected for an event of this size," U2 said in a statement. "We have also been informed that local crowd security personnel would not be at full capacity."

U2 is on tour performing its 1987 album, The Joshua Tree, and were set to play at The Dome at America's Center on Saturday night.

"With the safety of the fans being of upmost concern, and after consulting with local officials, who could not fully commit to providing a sufficient amount of police and other city services support," he announced on his website, "we felt it was in everyone's best interest to cancel Sunday night's show."

Some of the protests in St. Louis have grown violent. A video of police officers assaulting an elderly protestor recently went viral. So far, 32 people have been arrested and 10 officers were injured, according to ABC News.

People are outraged by Stockley's acquittal considering the amount of evidence stacked against him. As he was pursuing Lamar, Stockley was recorded saying, "We’re killing this motherfucker, don’t you know." He's also been suspected of planting a revolver on Lamar's body, whom he was chasing over an alleged drug deal.

Stockley's acquittal is a part of a larger trend of white police officers not being held accountable for the shootings of innocent and unarmed black men while on duty.