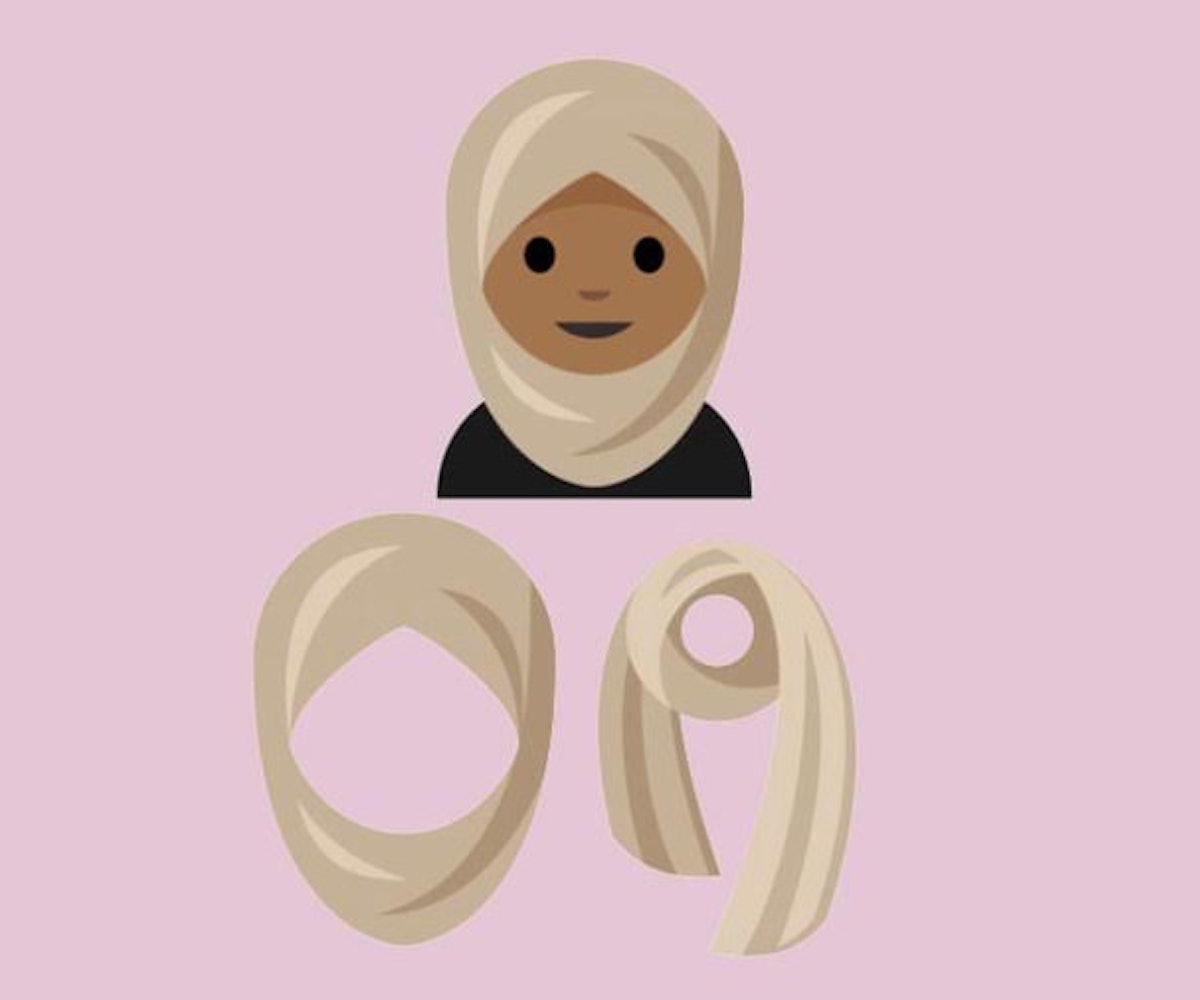 After months of begging, Unicode Consortorium has finally decided to make space for some progressive emojis to enhance the diversity on your keyboard. Among the 51 emojis on the new roster, the update includes emojis wearing hijabs, breast-feeding, sporting beards, and more.

The push for the hijab emoji came from 15-year-od Rayouf Alhumedhi, who proposed a hijab-moji after noticing there were none that reflected the lives of veil-wearing women across the globe. (Hopefully, she was consulted for the remarkable design.) In the wake of the 2016 election, where our current president-elect has made calls for banning Muslims from entering the country, this act of representation is a much-needed shift away from the hate-speech spewed toward people of the Islamic faith.

This is not the first time that Unicode has chosen to diversify the emoji narrative. Since their initial creation, emojis have evolved to depict everything from rainbow flags to people of all shades and professions. This new group of emojis can make “I love you” hand signs, grin with starry or crazy eyes, and shush you with a finger pressed to the lips.

Of course, it wouldn’t be an emoji if there weren’t ridiculous ones thrown in there, too. Like a shocked face with an exploding head (pun for mind blown?), and one seen barfing. The next update doesn't come until the middle of next year, but we'll hold onto all of the future hope we can get.