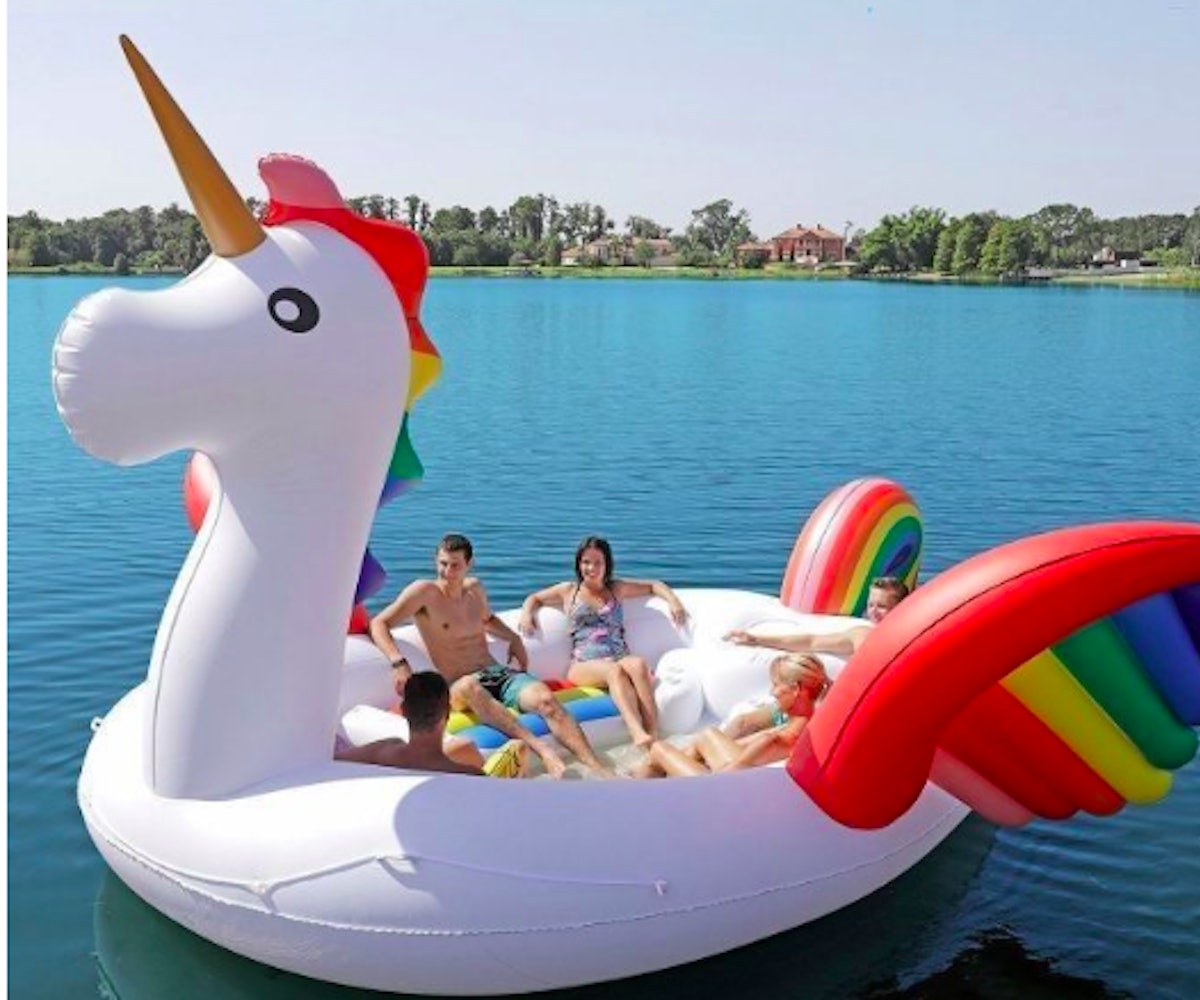 As if 2018 wasn't already ridiculous enough, police had to rescue a group of women in a rainbow unicorn floatie after it got tangled up in some weeds. After their chariot got stuck, the Chisago County, Minnesota deputy sheriff, who was stationed nearby, took it upon himself to rescue the group by roping the unicorn to shore. Obviously, someone captured a video of the rescue. Okay, summer is officially over.

A Twitter user with a keen eye observed that the water wasn’t that deep and that the women could have very easily walked to the pier instead of being roped in by officials. Maybe, but that wouldn’t have provided us with this entertainment, so we’re kind of glad they had a flair for the dramatic.

Here’s your official warning to practice safe floating, because sheriffs actually have work to do and can’t come to the aid of every animal floatie. At least it provided the sheriffs (and us) with something to laugh about—the news is often too stress-inducing to read.