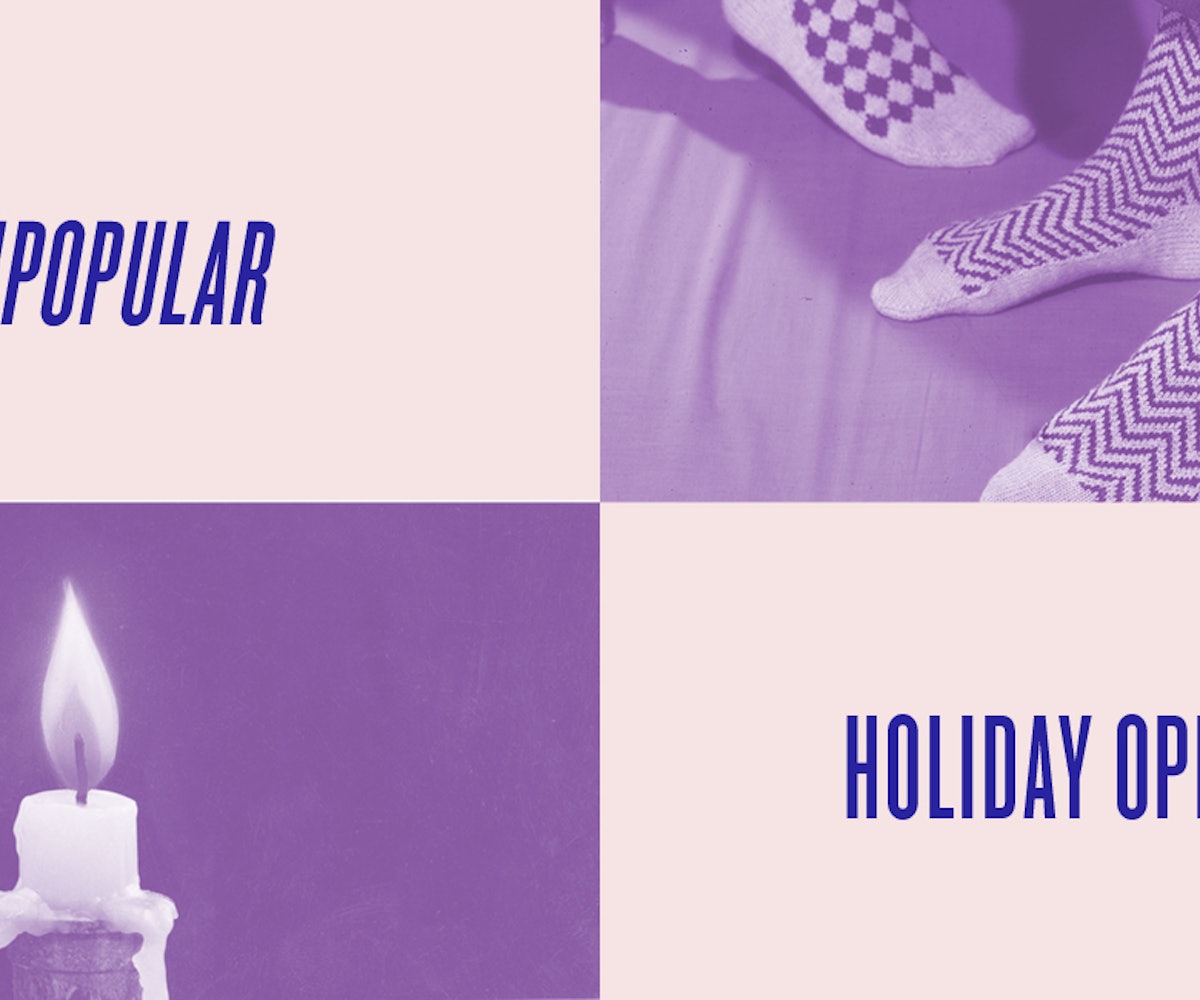 Just a couple of weeks ago, we published a story titled "Unwrapped: What NYLON Editors Want." I selected a pair of chunky gold hoop earrings that I’d seen floating around Instagram, and have since convinced myself that I—a girl who hasn’t worn a pair of earrings for more than a couple of hours since high school—would actually wear them. But that’s a lie, a fake-out. It's a cool-girl gift that I’d like people to think I want, when, in reality, what I really want is a rice cooker.

It’s this one from Urban Outfitters, which not only panders to me as a millennial but also as a person trying to eat out less and be an adult more. It’s something I know I’d get a lot of use out of (it doubles as a slow cooker!), but it’s also something I feel weird asking for. It’s a boring gift, and yet sometimes, boring things make the best holiday gifts.

This isn’t a longstanding opinion I’ve had by any means; rather, it’s one that came with age. Like every spoiled child under the age of 15, my brattiness really came out around the holidays. I had a method for opening presents: I would avoid the rectangular boxes because, more often than not, those included clothes I neither wanted nor asked for. I would only pull out the gift cards and trinkets from my stocking and purposely leave the clementine my mom always slipped in at the bottom. I only cared about the top-of-the-Christmas-list items: the toys, first, and then, as I got older, the electronics or designer items.

Don’t get me wrong, material items are great and can provide you with a certain high. If there’s ever a time to be aspirational, it’s when the charge is going on someone else’s card. But the things that you ask for in the moment of making a wish list—a $995 winter coat, for example—are typically things you’re going to tire of in a year. That joy is almost always fleeting. Now, the practical items—the socks, underwear, pajamas, candles, knives, home appliances, wine glasses—those are the things you’ll actually use or wear more than once. They’re also the things you know you should buy, but don’t want to spend your own money on. You know what’s been on the bottom of my to-get list for months now? All of the things I just listed.

If my argument isn’t connecting with you, you’re probably of a certain age. These gifts can be seen as lazy or overplayed to younger people. I get that. They're "adult" gifts, and "adult" gifts are decidedly not that exciting. But if the person you’re giving it to is living on their own and living off their own income, chances are, they’ll appreciate these items more than you (or even they at the time of receiving) know.

And shit, if they don’t want it, I’ll sure as hell take it.