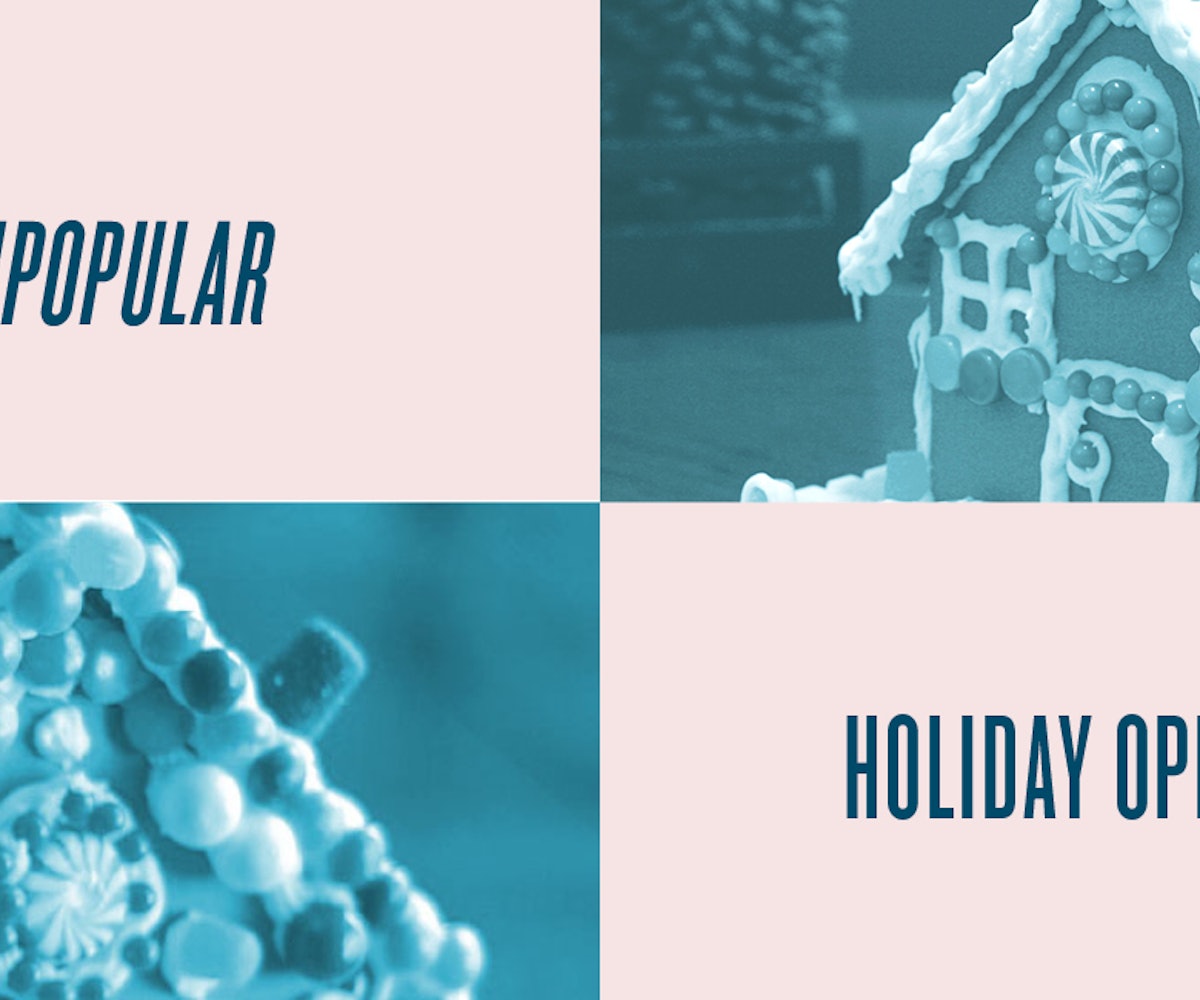 Call me the Grinch, but gingerbread cookie houses totally suck.

What is the point of building something edible (we’re using the word "edible" loosely here), if you're not going to... eat it? And, instead, are just going to let it sit out for weeks, growing stale, as you, I don't know, stare at it occasionally? What's the end game here? Dismantling the damn thing after Christmas? Are you supposed to eat it then? Because, gross.

Maybe I’m just bitter, but I’ll never forget my first (and only) experience building a gingerbread house. I must have been four or five, and my only real memory from the whole thing is: First, feeling completely enraged by the fact that I had to sit there and play with dessert that I wasn’t allowed to eat and, then, feeling complete disappointment when I decided to sneak a bite (because I’m a rebel), only to quickly realize it wasn't worth it because the gingerbread cookie tasted like cardboard and the frosting like glue.

Now you might be thinking, Well, that's just because you had one of those pre-made gingerbread houses. Of course, it tasted bad! It's not always like that.

But, no, it is always like that. It's not just the house, it's gingerbread itself. It sucks. No matter in which form you eat gingerbread cookies (various holiday shapes or a frosted “man”), they’re always as hard and bland (or artificially spiced) as the siding of a house (including real ones). And even if I did feel so inclined to eat a slab of subtly spiced concrete, I would probably only do it when said slab of concrete was fresh, not after it had been manhandled by several hands and sitting out in my living room for weeks on end. Ew.

Which brings me to another point: Can we talk about how incredibly wasteful a gingerbread house is? Even if it's bad food, it's still food that's being wasted here. Cookies should only be left out for one night only, and that's on Christmas Eve, by the chimney for Santa, because they will still be edible, unlike a gingerbread house, which is really just a poor excuse for a Christmas decoration that's essentially an invitation to chipped teeth and, if you live in a city like New York, a cockroach infestation.

And then there's the fact that gingerbread men cookies have quite a weird history of their own—one that's more than a little sexist. Back in the 16th century, the gingerbread man cookie was often given to young women by folk medicine practitioners, in order to help these young women find love. The idea was that if these women could get the man they were eyeing to eat the cookie, the man would then fall in with them. We know things were harder before Tinder, but still: lame.