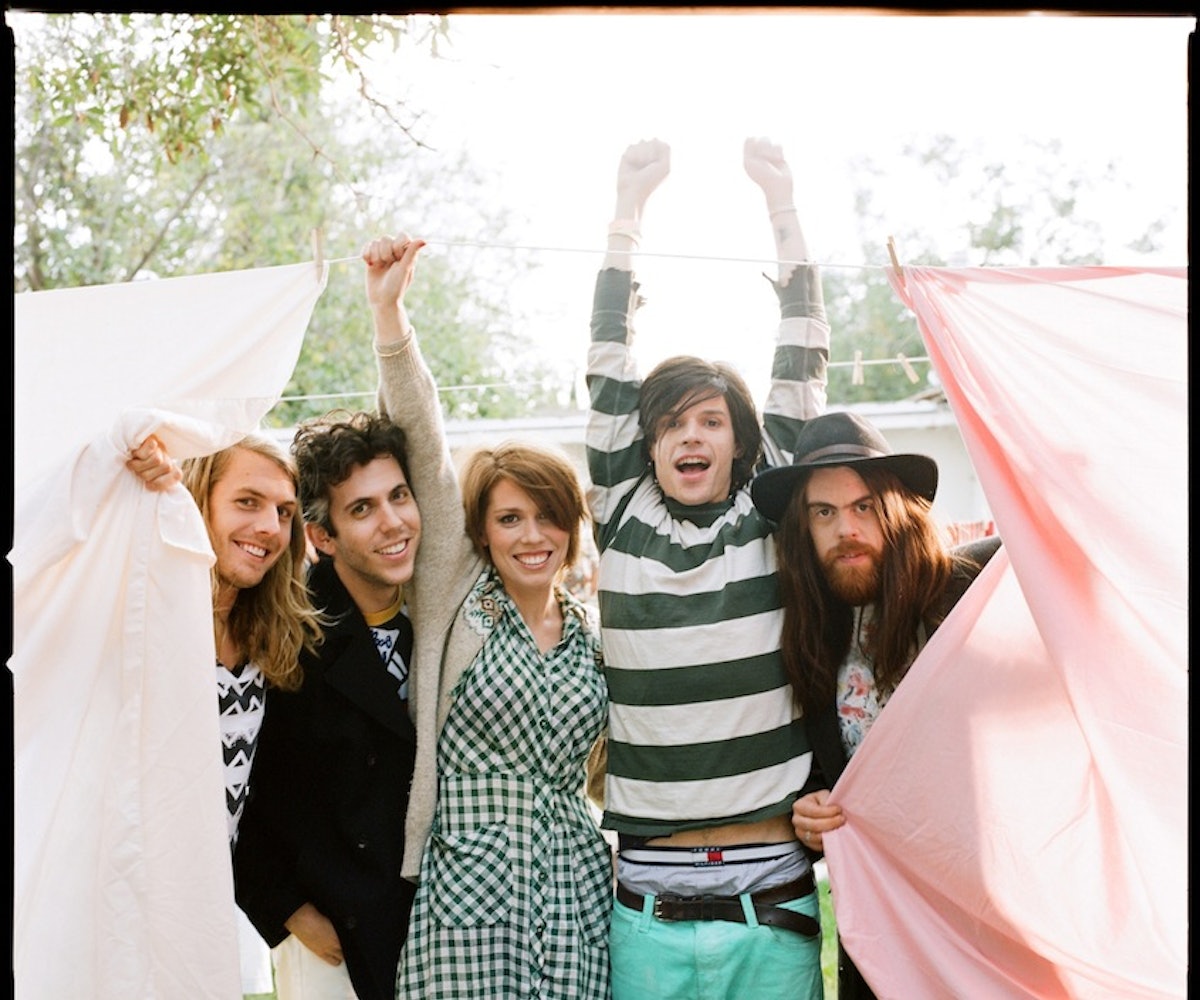 Fact: we can always use new music. And the people we trust most with these music recs? Our friends, of course.

This is the reasoning behind Listening Party, NYLON's new weekly feature that introduces you (our friends, duh!) to awesome bands that we're into and we desperately need to tell you about. Think of it as a musical edition of that "Telephone" game we used to play as little kids--start with one band, then whisper it to your friend and pass it on.

Kicking things off is Grouplove, the L.A. act who's totally mastered the act of happy-to-go lucky indie pop. In honor of their latest album, their huge US tour, and just the fact that we still can't get "Ways to Go" out of our heads, we've rounded up 10 bands that make us feel those same sonic butterflies.

Check them out in the gallery, stream our playlist of the bands below, and then tell us what you think on Facebook. Oh, and don't forget to pass it on!

"Let Go" by RAC. RAC is Andre Allen Anjos (who you probably recognize from reoworks of Lana Del Rey, Foster the People, and Edward Sharpe), who's releasing his full-length LP Strangers April 1st.

"Golden" by Parade of Lights. Listen to this tune and just TRY not to smile...dare you.

"All Of You" ft. Betty Who by Peter Thomas. The producer enlists the Aussie-American pop breakout for his latest head-bobbing jam.

"Paris" by Magic Man. Close your eyes, turn this on full blast, and you'll feel like you're in a movie (trust us on this one).

"Comfortable" by The Knocks ft. X Ambassadors. The title track off their new EP, these dudes--who know how to bring the party--crank the volume and the good vibes straight up to 11.

"I Wanna Get Better" by Bleachers. Hopefully by now we don't have to fill you in on Jack Antonoff's solo gig, but get hooked--again--with this new lyric video.

"Real Slow" by Miami Horror. These Australians give major psychedelic dance vibes with their new single, which is basically like sunshine in a shimmery track.

"Restart" by Little Daylight. Definitely not the first time we've called out the trio, but what can we say? Their music just gets better with each listen.

"Elevate" by St. Lucia. The track itself is awesome, but it's about 100x better live.

"Imagination Infatuation" by Misterwives. I mean, c'mon! Even the name is an insta-mood booster.