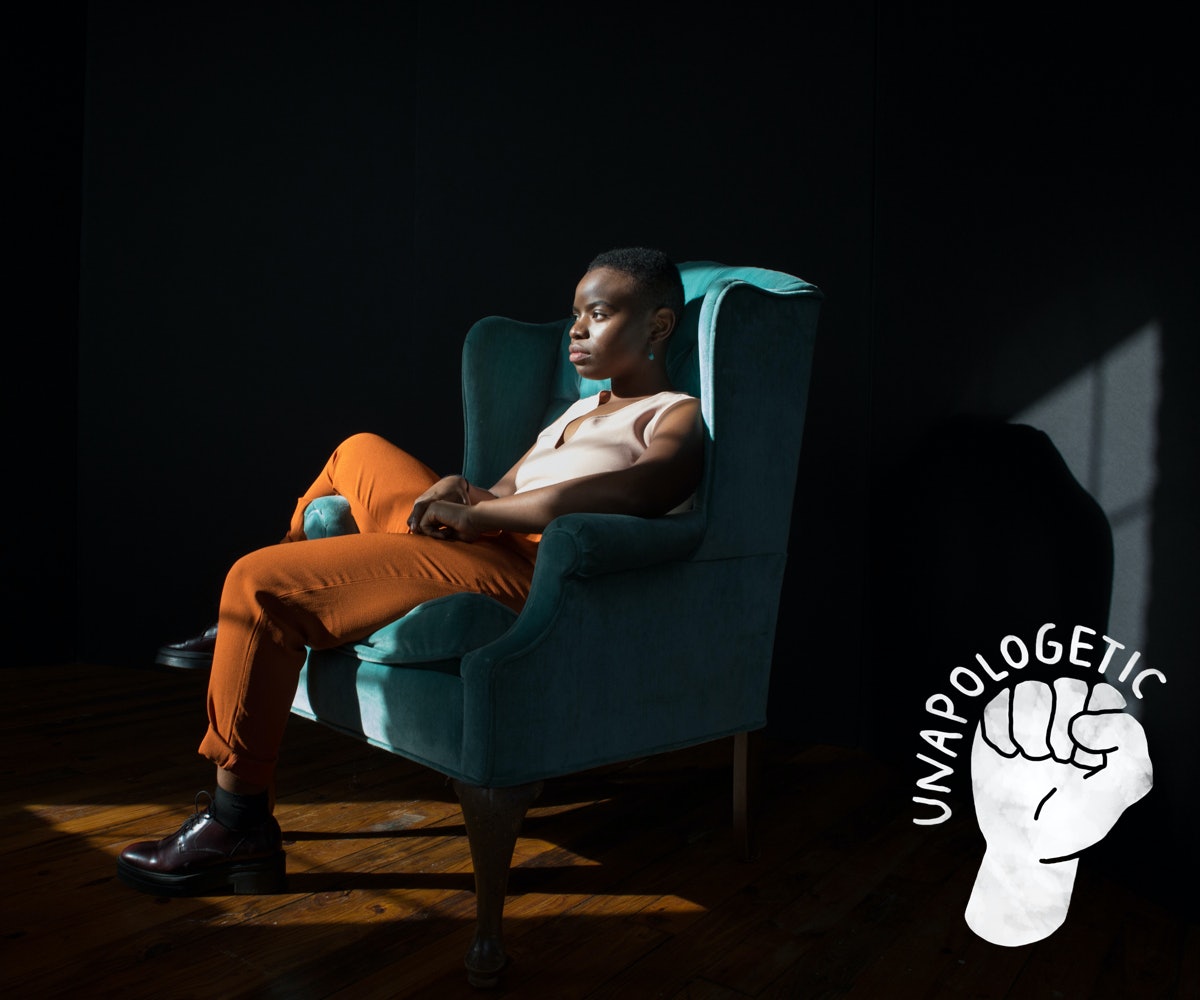 In celebration of Black History Month, NYLON is running a spotlight series called UNAPOLOGETIC. Every day, we’ll celebrate different aspects of black culture throughprofiles, interviews, roundtables, reviews, videos, and op-eds. #Blacklivesmatter and we hold that truth to be self-evident.

Laetitia Tamko doesn't belong to one singular place. Though she's lived in the state of New York since she was 14, her family originated from Cameroon. While the region paints a picture of Tamko's culture and might explain why herbiggest instrumental influences are West African guitarists of folk, blues, and psyche genres, it doesn't necessarily define her identity. The 24-year-old is the oldest of three and the first in her family to pursue a career in the arts. That said, Tamko didn't initially plan on following this path.

In 2014, she graduated from Grove School of Engineering at The CityCollegeof New York. Toward the end of that year, Tamko began writing her own songs and uploading them on Bandcamp under the moniker Vagabon. "Because I had no expectations, I knew nothing to be afraid of," she says. "It’s something that’s so important to me. As I was doing it more and more and more, I was realizing that I wanted to keep getting better and better."

Once she set her mind to it, Tamko stayed committed to the music grind by performing all around the underground scene in New York. From there, she released her debut EP, Persian Garden, on cassette tapes through a small tape label. Similar to Tamko's sense of not belonging anywhere in the physical realm, Vagabon isn't confined to a single genre—her music is bursting with elements of punk, electronic instruments, and poly-rhythms. "I offer it up without any context, and people take what they will from it," she says.

Today, Vagabon dropped her debut album, Infinite Worlds, on Father/Daughter Records. She says, "I’ve grown so much since then as a musician [and] as a person, so now having a physical vinyl of something that I made is pretty cool." Tamko currently resides in Brooklyn, New York, but soon she'll be out on the road and spreading Vagabon's music into the homes of many other misplaced souls.

Learn more about the dynamic voice behind Vagabon in the interview, below.

When did you learn how to play guitar?

[When I was 17], I taught myself the basics of guitar, and then I put it down for a while. I was studying to be an engineer, so I was completely involved in that and it took up basically all of my time. It felt really urgent—you’re paying money to go to school and I had scholarships that I had to keep up with, so I put the guitar down for a while and picked it back up when college was nearing the end.

You have a background in engineering. How did your parents react when you told them you wanted to be an artist?

I don’t know if this is a part of our generation's parents or if it’s specifically a part of black families, but my parents still want me to go back to school. For some reason, getting your high school diploma and a college degree isn't always enough.

Before I even graduated, my mom was like, "So MBA is next?" I feel like that’s probably why we work very hard—because those precedents are set so very early on, at least for me. I was like, "Woah, your ceiling is really high." Sure, they probably meant it in other ways, but it develops this kind of work ethic. I constantly worked through school and when my scholarship ran out, I had to work to pay for school and [do an] internship every year. The work ethic, as I’m realizing it in the way that I work now, is because of the way I was raised. I can definitely attribute that to a lot of that stuff. Even though it was crazy, and it still is, it can still be applied in other ways.

You're lucky that you have the option to go back to something else if you ever change your mind, but music seems to be going really well.

It’s so strange to be in that position because I feel like playing music, it was inevitable for me to get here. Even in talking to people who have been in my life for a very a long time, no one is surprised that this is what I’m doing. It was just a matter of when can I do it because we all have different priorities—whether it’s getting your A, paying your tuition that semester, supporting your family, or looking out for family abroad. The timing may seem like it’s an option, but it just felt like, "I’m just working to get to do that, ‘cause there is no option that I do not do that thing."

Can you tell me more about Infinite Worlds?

I wrote a lot of it while in the studio, which was not planned, but it came pretty organically. There are two ways that I can talk about the record—from a song-worthy type of view and then as someone who played drums, bass, synth, guitar, and sang on this.

Wow, you played everything?!

Yeah, and even the times that I brought in session musicians, it was like, “Play this because you can play it better." I think that’s the part of me that thinks very heavily about production. It’s kind of about the final product when we’re talking sonically. Sure, my ego would like to play that drum part that I just made up, but my friend over here can play it and can just spend 20 minutes in the studio doing and I will spend maybe two hours doing it, so what’s efficient. I’ve thought of the record very personally and also mathematically. Even just in sequencing the track list and the order in which the songs are arranged, and throwing in the instrumental track in the middle before you flip the record over to side B or right in the middle before it goes into the second half—it's all very strategic. I thought about every single part of this.

What are some of the themes on this record?

The concept of home is always interesting to me because I always envy people who have so much pride in their hometown. I’ve never felt that way about where I grew up and I had a really good childhood, but I never felt connected to my town. Can you relate?

It’s so real. You can feel content in a place and still feel like you don’t belong there. It doesn’t have to be uncomfortable to not be for you. There’s this song on the record called “Cleaning House,” and there's a lyric: "My standing here threatens your standing here too." A lot of those lyrics after the first verse are all me quoting what people have said to me or around me or to people like me, and I write about them in the first-person because they could easily be about me or said to me. I feel like it could be very personal, and I would relate to it. Also, back with the theme ofhome, it can be a physical or an emotional place. People find home in other people whether it’s friends or your mom or sister or partner. You can find home in people or in physical places. I think I kind of go between those two ideas a lot on the album.

How do you feel about modern pop music?

To be fair, pop music has changed so much. Pop music is crushing it, and I’m so glad that the people who are on top are finally shutting up the archetype of what should be a number one. The fact that people are getting number one with what the industry considers minimalistic... To actually think about what went into that, that’s not minimal at all. So I’m glad that the idea of what can go number one is changing and the faces that can go number one is changing.

I feel like people only want to associate black art in terms of music with hip-hop and R&B and they forget that we made the first blueprint of what a lot of these genres are and then they end up whitewashed.

I think that’s why I feel extra resilient. It’s funny to have a position and to have it be assumed that it’s a rarity. You’re like, “No, I’ve kind of had this going on for a while.” It’s good that people are paying attention now. Obviously, we’re crushing it. It’s so good... It's empowering to see yourself represented in all these different ways.

I will live past the age of 22 and to keep pushing forward—it will get better. It sounds funny because so many people told me that and I didn't believe it. Just keep working hard is what I would tell myself.

Catch Vagabon on tour this season: