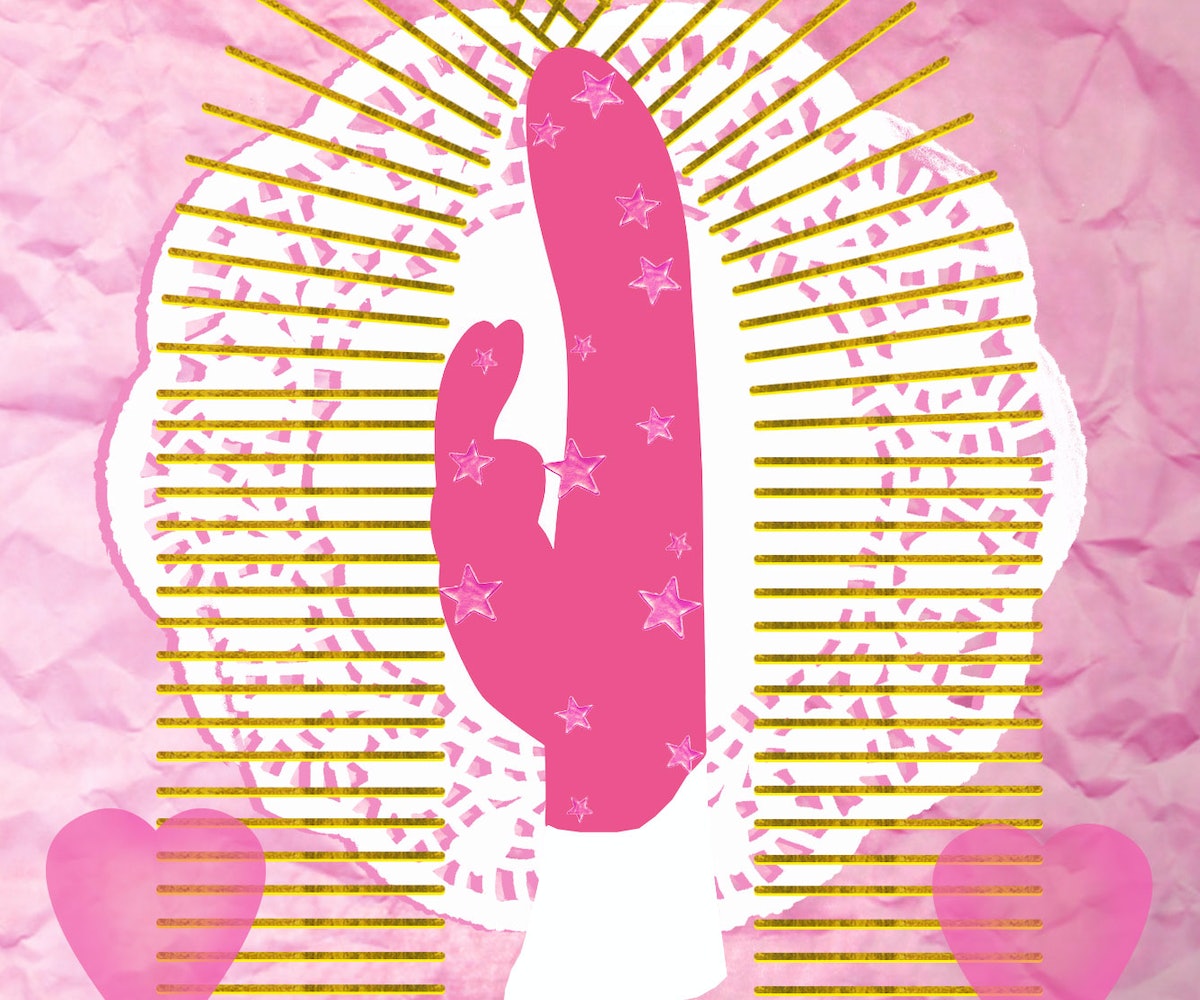 This is the best. I’m in love.

My best friends knew what my text was about immediately, because they had been with me when I made the purchase mere hours earlier. They, too, had bought their own first vibrators atBabeland that evening, all three of us delighting in the friendly atmosphere and modern aesthetic of the women-owned sex shop in Soho. Before that we had gone to see a student performance of the Vagina Monologues and bought cupcakes decorated to look like labias. We were not combatting being young, single women on Hallmark’s Most Important Romantic Holiday of the Year. We were celebrating it.

I was 18. Before college, I had only understood Valentine’s Day to be a romantic holiday—either you had a boyfriend and got to do “couples” stuff on the day, or you were single and sad about it. Those were the narratives I knew about the Hallmark holiday. The year before I had found myself in the backseat of my car with my very recent ex-boyfriend, making out with him in the school parking lot and letting him take my shirt off even though he had unceremoniously dumped me just a few weeks earlier. And he wasn’t even a very good kisser. And I even brought him chocolate. I was very much a people pleaser, is what I mean.

One year later, it felt nice to stop focusing on pleasing others.

“I definitely want the pink Rabbit,” I said to Caitlin and Alex as we walked into Babeland, fresh from our viewing of the Vagina Monologues. “Of course you do,” Caitlin said, teasing me for loving all pink everything. Alex wanted the Rabbit too, “but definitely not the pink one.” Caitlin wasn’t originally sure she even wanted to buy a vibrator, but she was there to support us and by the time we left the store she had decided on a small slim blue toy. We walked back to our dorm quickly, giddy and embarrassed and excited and shy and happy.

The Rabbit. Made famous (for me) by Sex and The City. Crafted to hit all the right spots both inside and out. Ubiquitous. I had coveted it for so long. And now it was mine.I used the toy for hours that night, making myself come over and over and over again. And then I texted Alex and Caitlin about it, thrilled to share my experience with them and excited to hear about theirs.

It’s hard to remember having that mindset, now that I’m a 27 year old queer woman with internet access, a remarkably sex positive group of friends, and a penchant for GIRLS and Broad City. And yes, age plays a role. I’m more of a grown up now than I was at age 18 because, well, people grow up. I’m not sure if access to the internet has normalized the idea of women masturbating, if queer communities are more open to discussing women pleasuring themselves independently, or if as we get older it becomes easier to talk about the stuff that makes you blush as a teen.

All I know is that after years of masturbating secretly and very privately, wondering why it was a common trope to reference guys “jacking off” multiple times a day but no one in my hometown ever even acknowledged that a girl might want to do that too, buying myself a sex toy and then talking to my friends about using it felt like the most illicit, sexy, scandalous way one could spend a Valentine’s Day. It was a celebration of friend love and self love and self reliance and girl power, and it turned me on and got me off and excited me and satisfied me and left me wanting more, more, more.

I strongly recommend it.