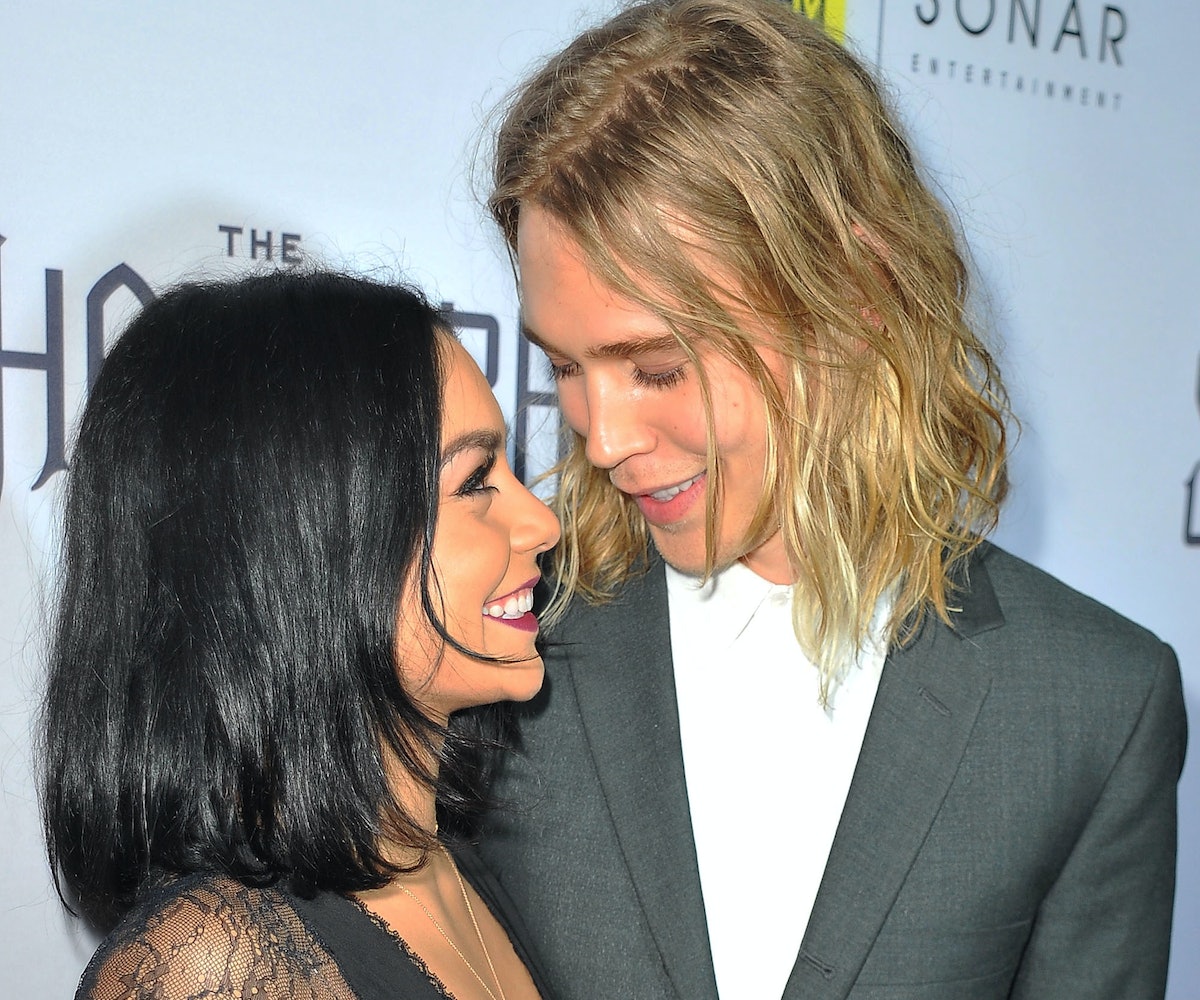 Remember when Vanessa Hudgens and Austin Butler were caught committing a crime? Okay, so it was a misdemeanor but still. On Valentine's Day, the couple got in trouble with the law for carving their names into a heart on a rock in the Coconino National Forest located in Sedona, Arizona.

Nobody would have known about the seemingly harmless declaration of passion, but Hudgens uploaded the defacement on Instagram for the whole world to see. From there, the image was immediately dispatched to the Red Rock Ranger District, launching a full-on investigation.

Naturally, the couple has kept quiet about the incident, since it initially occurred, but the Park Service has finally broken its silence on the issue at hand. After examining all of the evidence for nearly two months, authorities have ordered Hudgens and Butler to pay an undisclosed fine and restitution, or go to court and defend the charge. We don't know which way Hudgens and Butler are leaning, but it's pretty obvious that they were in the wrong so paying up seems like the most logical solution.

This is what happens when you mess with nature. Keep your love off the rocks and in the air, or something.