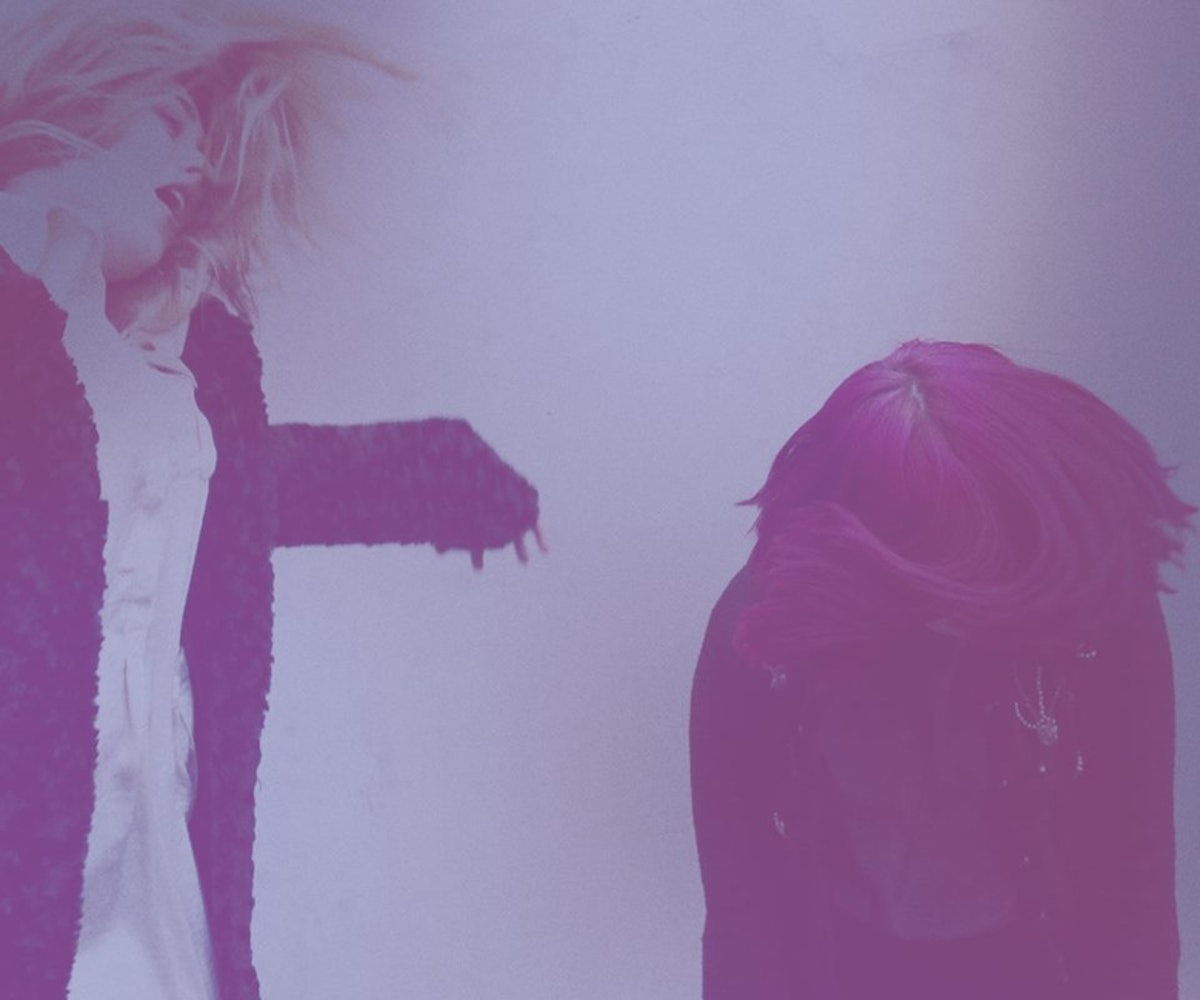 , the sister-duo from Connecticut, play the sort of goosebump-inducing, ghost-conjuring synth-pop music that we could totally picture soundtracking an episode of

. So we weren't exactly surprised when their cover of Julee Cruise's "Falling," aka the

theme song, landed in our inbox.

"When we first started writing music together, way before Verdigrls--about three years ago--we watched a lot of

because we just subscribed to Netflix. On the way to and from three-hour drives to New Jersey, we'd listen to the show on our phones. Eventually, music from the show started to influence our songs without us realizing it," explains Catherine Wolk, who along with sister Anna has been producing and releasing a slew of singles throughout 2013.

The end result is both ominous and airy, with strings, synths, and twinkling arpeggios enhancing the already iconic tune. "We wanted to pay tribute to a song that is not only the theme song to one of the greatest television shows of all time, but shares the same theme as our original music portrays: sadness and trepidation with a twinge of hope," says Catherine, adding, "We tried to make it sound how we, Verdigrls, would play it if we were performing at the Road House."

Considering that the band is so inspired by the David Lynch series, which character is Verdigrls most like? "We would love to be Audrey Horne, but if we were to be honest, the band as a whole is most like Nadine Hurley. She's so much more than a crazy woman with an eye patch; she's passionate to the extreme about the silent curtains, just like we are with our music, working all day and night, making it perfect," she says. "Also, like Nadine, we still feel like teenagers sometimes."

While we wait for the band's EP to be released later this year, we'll be playing their cover of "Falling" on repeat--and you can too, because we've got the exclusive premiere and free download. Get it below...and then make sure you've got a nice cup of coffee ready before you press play.