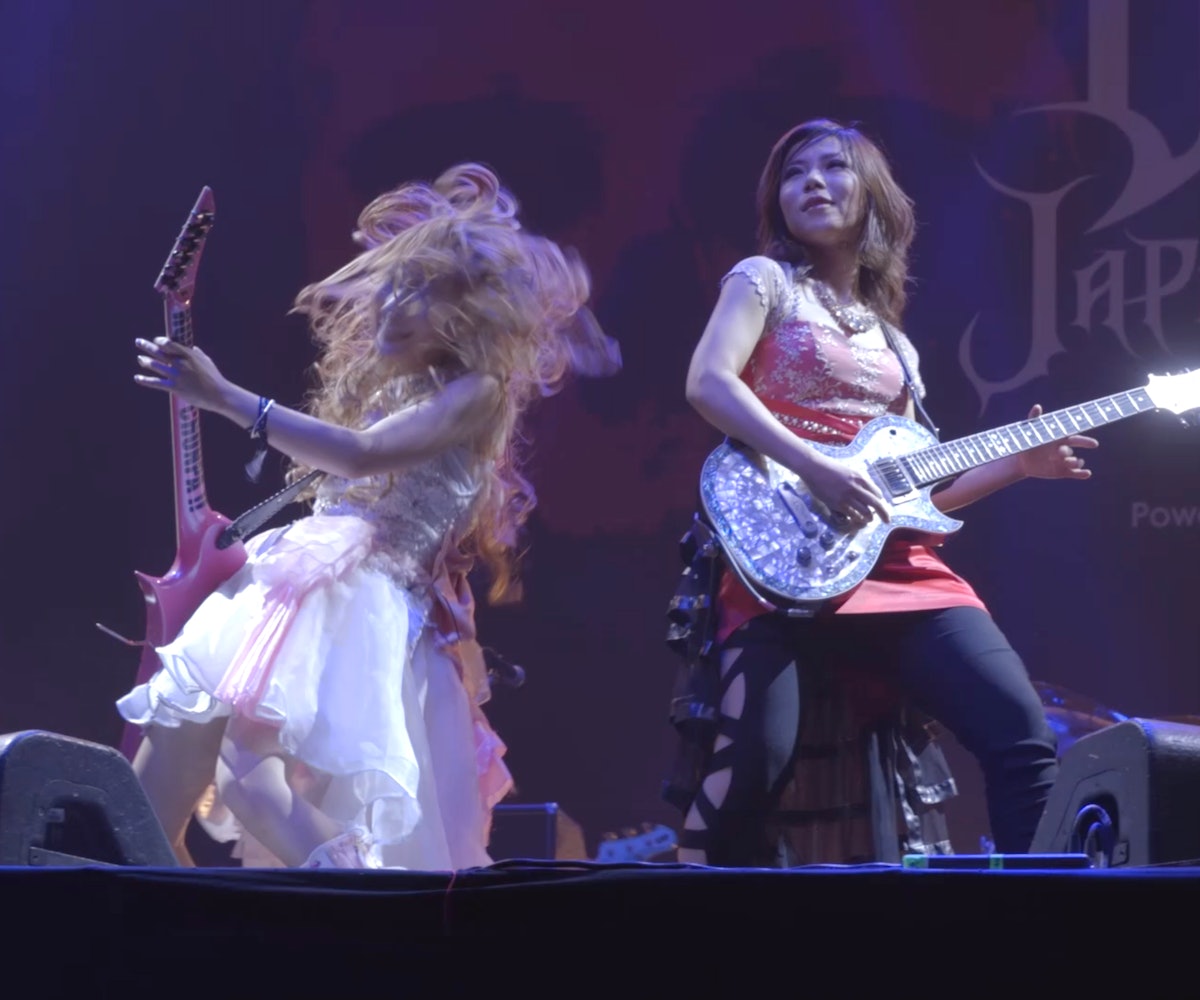 Heavy metal generally conjures up images of testosterone-fueled mosh pits, teased-out manes, and sweat-softened gauntlets, but as seen at Japan's first visual Kei music festival, billowing blue dresses do in fact have a home in metal too. Aldious, the only all-girl band at this year's inaugural Visual Japan Summit, dominated the stage with powerhouse musical talent and voracious head banging. The band was founded by Osaka native Yoshi, who serves as bandleader, composer, and guitarist, while Toki, guitarist; Sawa, bassist; Re:NO, vocalist; and drummer, Marina, joined in the following years. Their debut album, Deep Exceed, charted at 15 on Japan's Oricon album chart, catapulting them into the mainstream and germinating what has been called the "Girls Metal Band Boom," a blossoming of successful all-girl metal groups including Cyntia and the seemingly ubiquitous Babymetal.

Check out the video above for a snippet of "Female Warrior" from Aldious' latest EP.