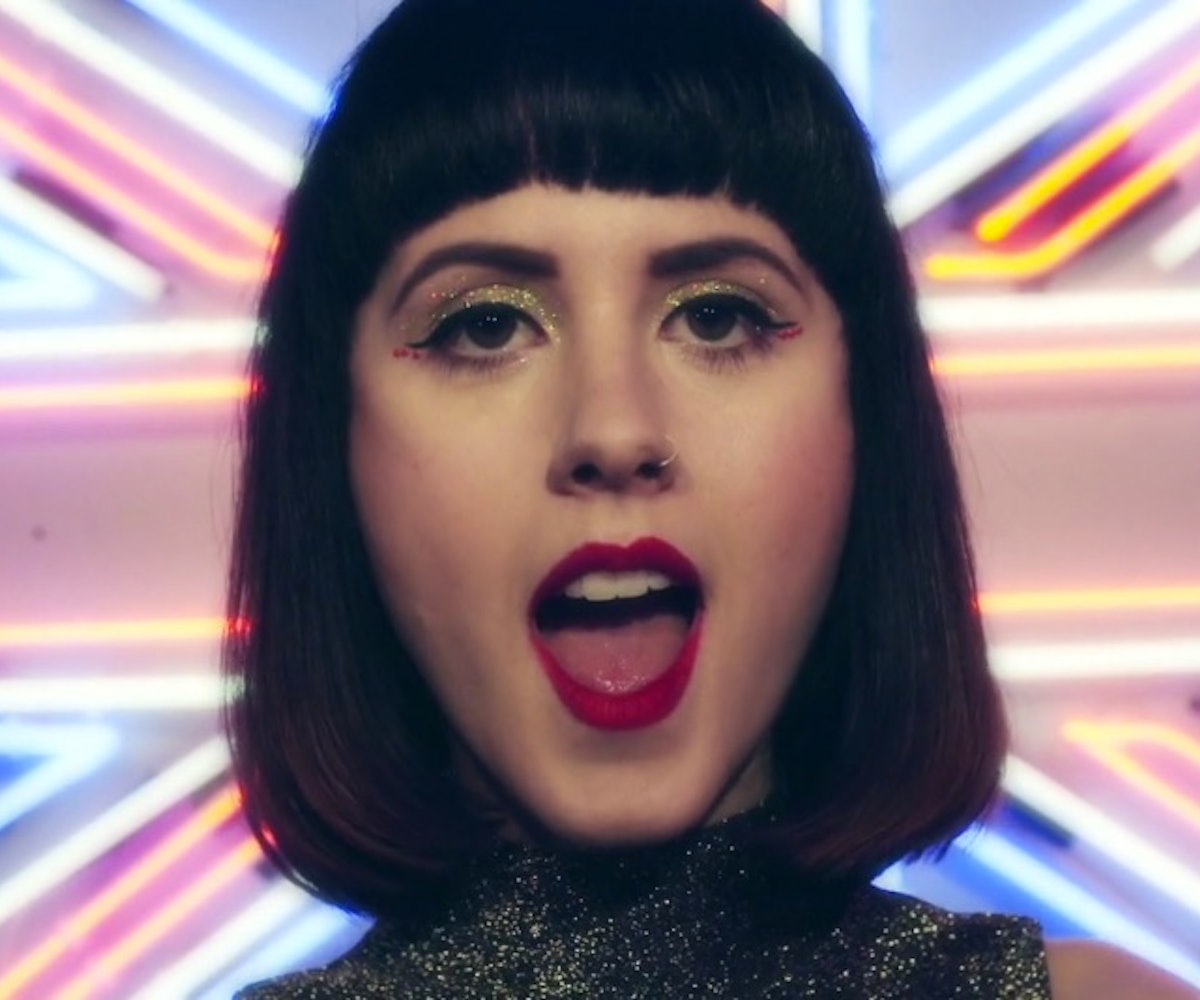 It began in math class in Birmingham, where Rebekah Pennington and Rebecca Wilson met and became friends. In 2006, they joined the The Arcadian Kicks, and after spending five years honing their musical gifts in that indie rock band, it broke up, leaving the girls crushed. But instead of getting day jobs, they formed EKKAH instead, a departure from their rock roots into more danceable, synth-laced terrirtory. A perfect example of that is the duo’s video for “Small Talk,” which we’re premiering here, and follows their Last Chance To Dance EP, released last year. The clip features the girls in full on glam mode, having what looks like the time of their lives, in a room lit up by all sorts of technicolor neon signage. Basically, it’s a rad party, and this is your invite. Watch it above.

NEXT UP
Entertainment
Måneskin Is The Hot Italian Rock Band To Watch Right Now
Entertainment
Björk's Music Video Evolution, From Fresh-Faced Star To Avant-Garde Master
Entertainment
Getting Ready With Pale Waves For Their 2022 New York City Concert
Entertainment
On ‘Cool It Down,’ A Spitfire Band Matures