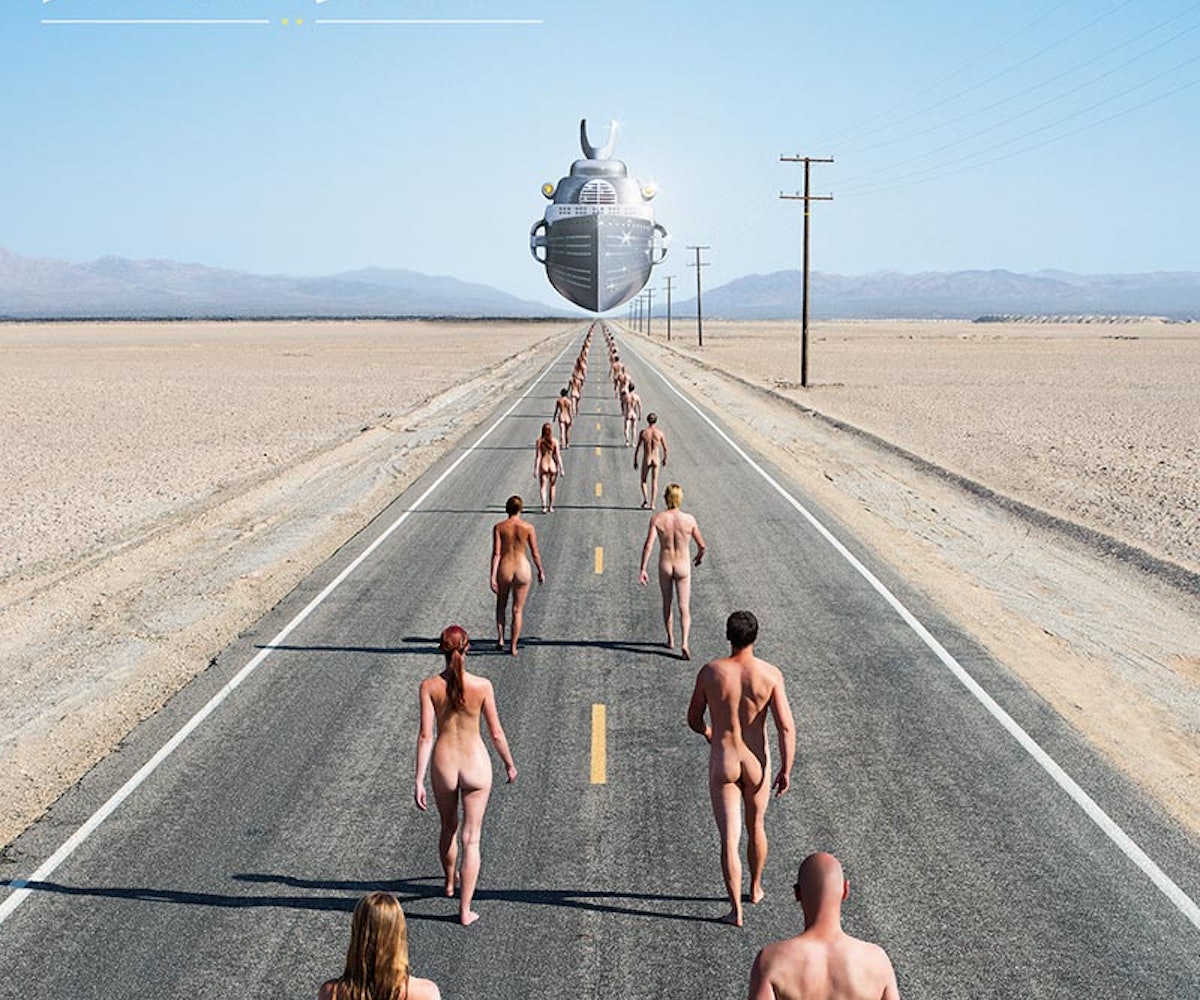 Most of us remember Hurricane Sandy as a disaster that left New York City ravaged, but the silver lining through it all proves to be Leisure Cruise—a two-man band featuring Dave Hodge (Broken Social Scene, Bran Van 3000) and Leah Siegel (Firehorse). After a chance meeting during the aftermath of the storm, the duo joined forces and formed a rather unique musical aesthetic for Leisure Cruise.

Hodge and Siegel imagined what it would be like to leave earth and move to another planet—but that's not to say their sound is dark and gloomy. The band's sound is bold, characterized by heavy synth and electronic influences. Siegel's slightly husky croon adds a depth and layers of excitement, melancholy, and determination to their songs, mirroring Hodge and Siegel's hypothetical inspiration of a "final leisure cruise for the human race."

Check out a Q&A with the band and watch their video below:

Your music is meant to be a soundtrack for "a final leisure cruise for the human race" before they have to go colonize a new planet. In what ways does this hypothetical situation influence your sound? Do you believe it allows more freedom and creativity because you're not writing about something we all know concretely?

When we imagined leaving the planet as a cure-all for the world's problems, "escapism" was at the top of our list. Beyond that, it's a real adventure that the human race could possibly face. Scientists have been looking for a viable mirror earth for a few decades and when they found a few extra thousand in 2013 we got excited, and it fueled a bunch of writing. But ultimately that writing is still about very earthly themes. "Don't give up" "Keep going" "Carry on" "Dance and feel better" "Acceptance." The human experience is still very likely the human experience even if it's relocated to another solar system. The search for peace and joy remains just as elusive.

You work with some really amazing artists on your album. How was it to get all those different musicians and their sounds influencing your music?

An honor. They are brilliant on the record and brilliant in life and we're grateful to call them friends and collaborators.

If we actually had to leave earth to colonize a new planet and you could only bring three records each, which would they be?

That's an impossible decision. But we'll try. With the understanding that our fellow passengers would have music on them as well.  And without thinking too hard -

(just cuz I've been digging that record so hard lately for all it's variety and                   great production. And I might sneak some gorillaz and led zeppelin and David Bowie in my back pocket... ;)

Produced by Leisure Cruise and The Windmill Factory