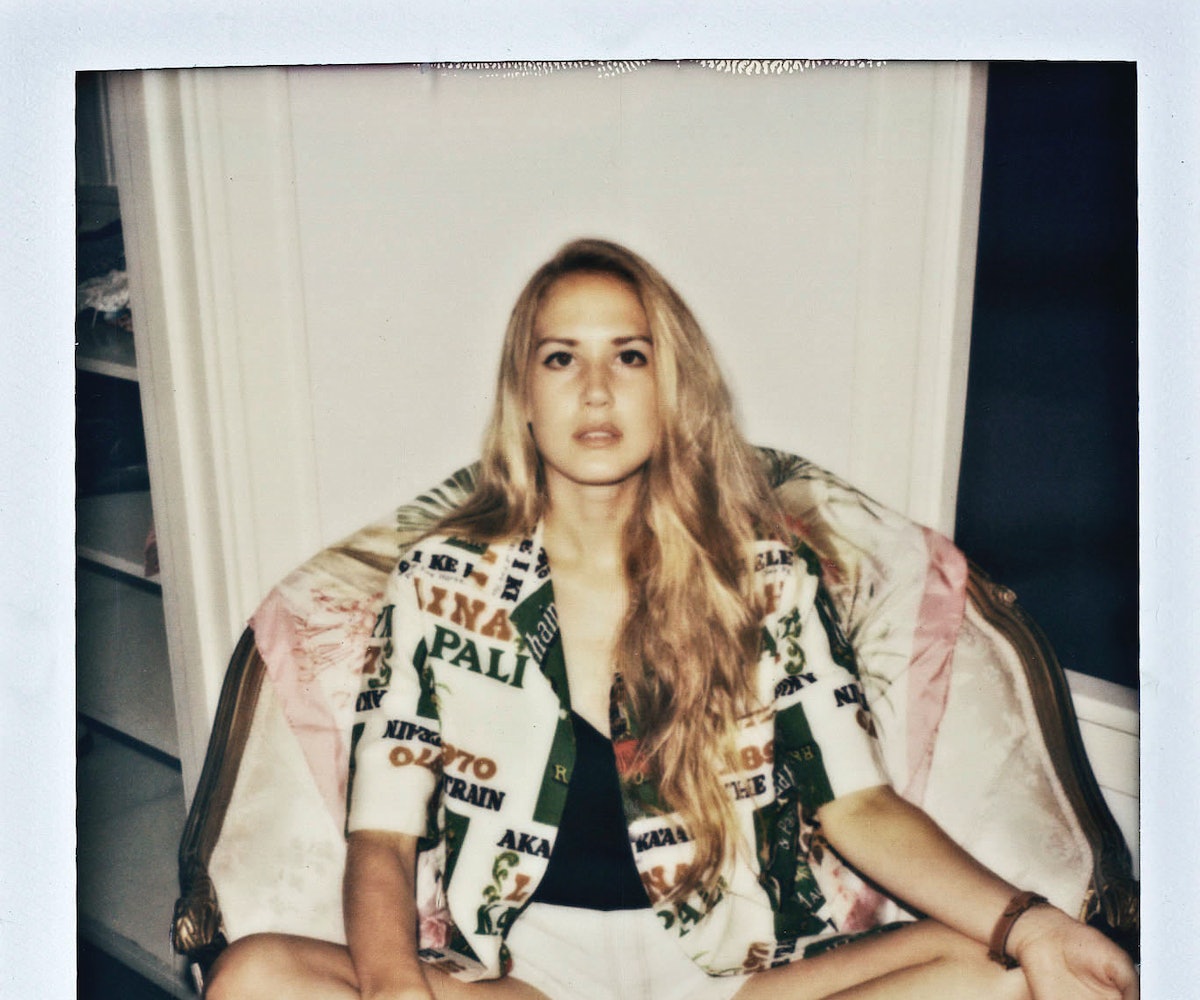 Who knows a girl better than her sister? No one—that’s why NYLON asked Lana Del Rey to interview and photograph her baby sis Chuck Grant, who just so happens to be an in-demand, cool-girl photographer. Clearly, talent runs in those stylish genes.

“Chuck has been photographing me for 10 years, and the shots she’s taken have revealed a lot to me about who she is,” says Del Rey. “She captures what I consider to be the visual equivalent of what I do sonically. Even years ago, when she was just beginning, she seemed to have a reason and a vision for each frame. Now, after I've met so many famous photographers, her aesthetic and talent still stands out as being one of the most interesting and well developed.”

Listen in as the two talk about photography, fashion, and yoga

When it comes to photography, describe your aesthetic.

My work is pretty graphic, and I like a flash. The image has to be beautiful and compelling, but I also incorporate humor into my photos. I would say my style is fine art documentary, which includes photographers like Philip-Lorca diCorcia and Tina Barney, who document the lives of really interesting people—diCorcia did a project called “Hustlers,” where he got a grant from the government to photograph male prostitutes. That’s a very strong concept to me.

Which projects have you really enjoyed shooting?

I really liked shooting Mormon families in Utah for New York magazine. They were profiling the creative class within the Mormon subculture.

It’s something I’ve spent a lot of time talking about, so it’s natural that those types of assignments would come to me.

Now that you’ve spent time shooting me on the road, and also spent the past few years shooting in more of a documentary style, what are your plans for the future?

That’s kind of strange that you’ve gotten there now, considering last year you became certified as a yoga teacher and have been involved in a lot of really grounding Eastern practices. I would think you might be drawn to something more serene.

I know! But right now I just want to work with people who are smart and serious about photography, and deliver shots that are sincere and inspired by what I'm interested in. I also feel compelled these days to incorporate faith in my work, whether it’s through photography or by teaching yoga. I believe you need to be a conduit for divinity, and I think teaching yoga or having inspired conversations infuse my photography with a new sense of purpose that makes the photographs even more personal to me.

So who would you be interested in shooting for fashion?

Someone like Lupita Nyong'o for Cistanthe, a really culturally relevant, beautiful brand.

What collaborations with photographers and fashion have you really liked?

I love Juergen Teller for Marc Jacobs. Juergen likes to shoot celebrity types in shocking ways. So when he shot [unconventional models] for Marc Jacobs, it was very on point for him and the brand.

That reminds me of one of your projects about Tina, an ex-corporate executive and aging debutante, who still wore pink streaks in her hair, and was dating much younger men.

I remember walking into Tina’s apartment and realizing that her whole world was already so well conceived—it was impossible to take a bad picture. The same was true when I was shooting Leandra Medine for her blog Man Repeller. She knew exactly who she was, and I appreciated that.

You’ve told me before that you like symbolism and symmetry in photography. Why is that?

I think that anyone can take a photograph, but I believe there is such a thing as a perfect composition. I like when the objects in a frame tell their own story and carry a narrative. Cartier-Bresson, or any of those street photographers, like Friedlander, are still so relevant today because their content was so striking and important, but almost more important was the form and beauty found in their composition. I strive for that.