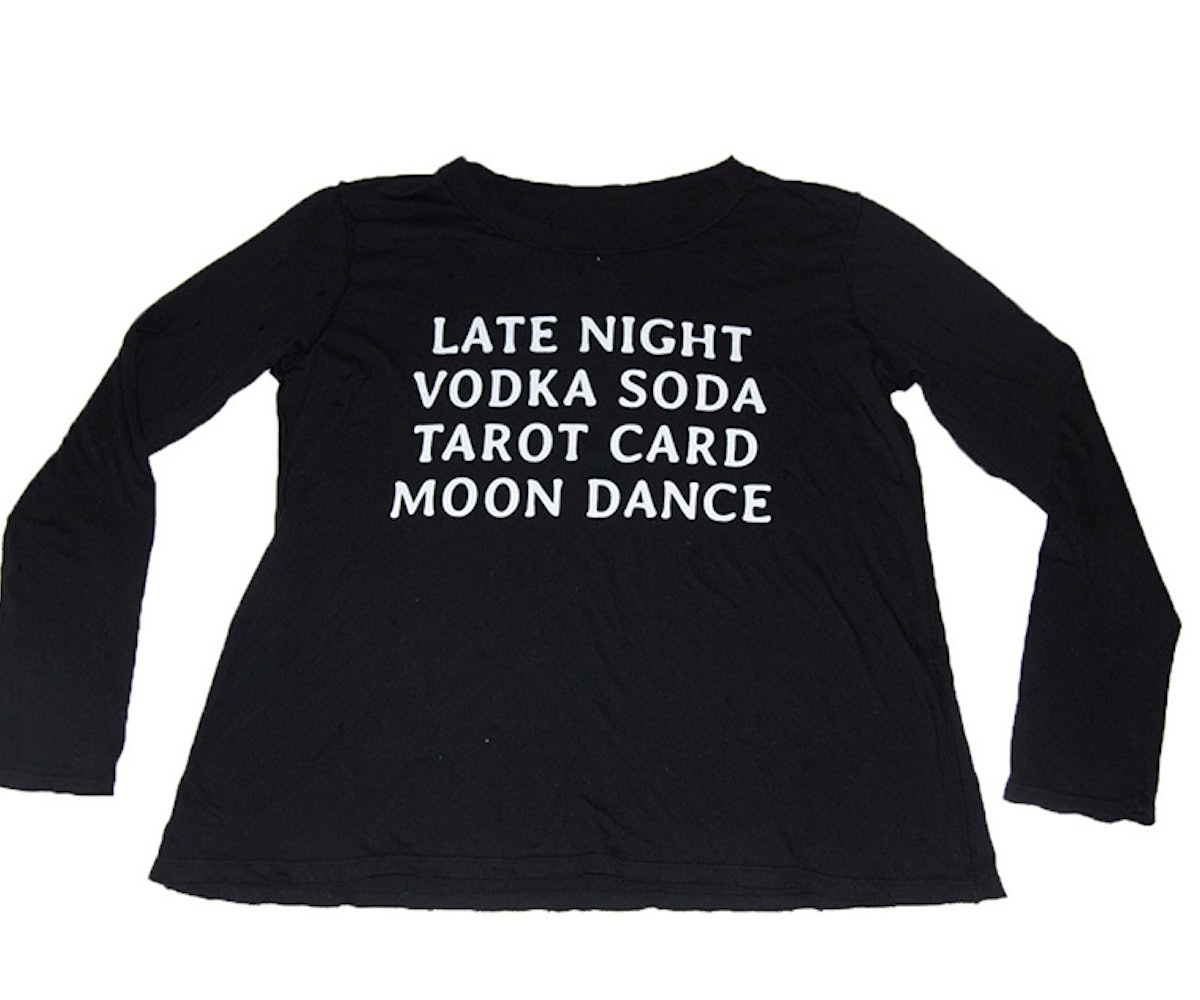 If you live anywhere in the triangle between Virginia, Maine, and Illinois, you just got pummeled with a boat load of snow courtesy of a storm aptly named, Hercules. This probably means your Friday night plans were cancelled and you're trolling Netflix for the coolest movies to watch while curling up and OD-ing on hot chocolate.

But instead of going the traditional route of cocoa and Community, I'll be taking a little inspiration from my new favorite shirt from Gypsy Warrior. Because if there was ever a time to get in touch with my spiritual side, it's during this massive snow storm that's kicking off 2014. Here's how I'm staying in... dare you to get your top here do the same.

Late Night: The last time it snowed this much I stayed up until 3am making mini movies of snow angels and bourbon-induced sing-a-longs. I'm really hoping tonight goes that well.

Tarot Card: You're going to need an awesome deck of tarot cards to fully spiritualize your snow night. I like this set, or for an extra-fun time you can make your own with notecards and ink-y pens.

Moon Dance: Mine goes a little something like this.