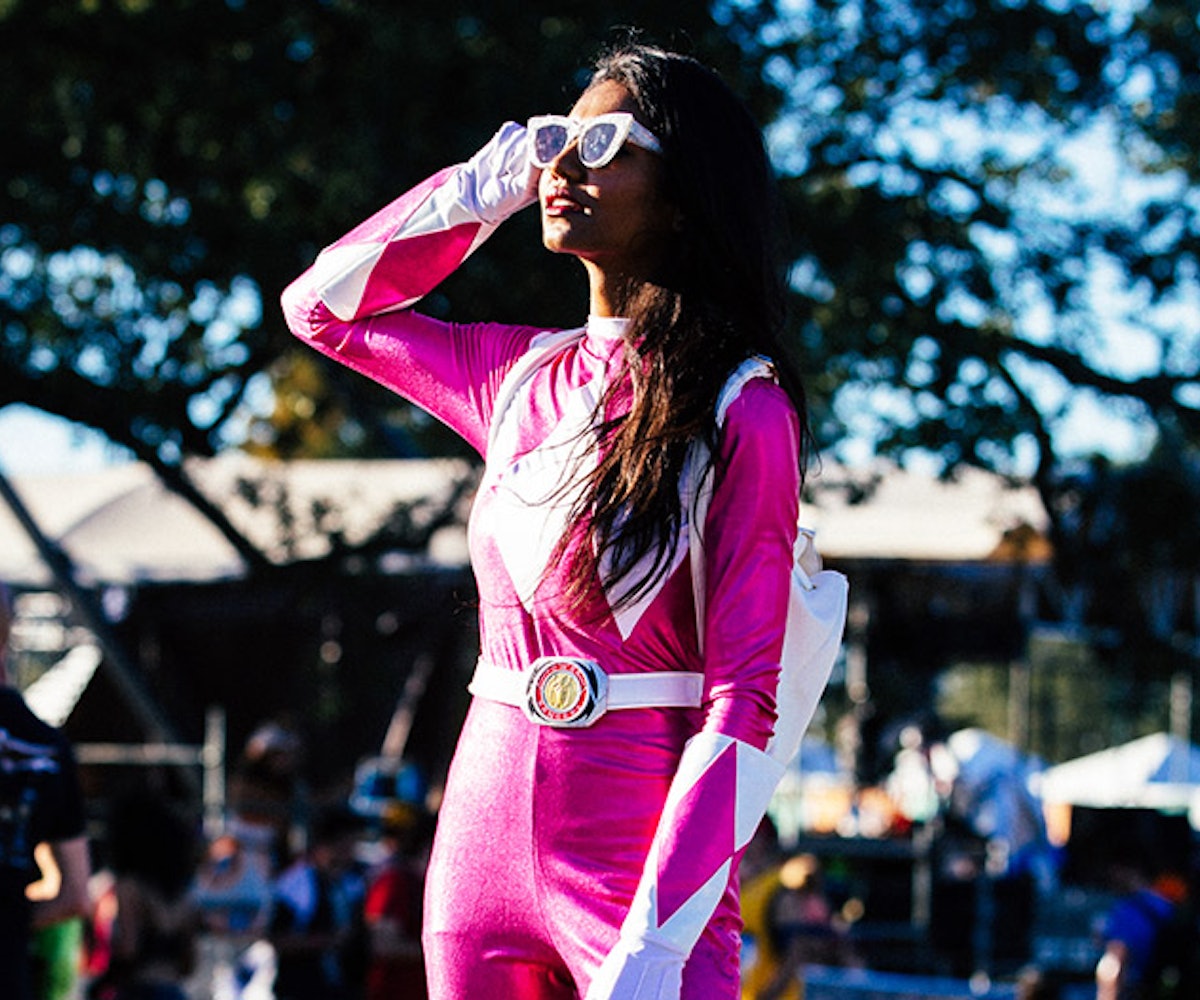 New Orleans does Halloween proud. (Would you expect anything less?) This year's three-day Voodoo Music and Arts festival brought the bold and beautiful out to play. After all, when you're attending a music festival in New Orleans during Halloweekend, why wouldn't you use the opportunity to throw whatever festival style rules you know out the window and dive right into the costume game? You've really got nothing to lose with the fantasy playground Voodoo provides.

You should make the most out of anything you do, right? Right, and Voodoo attendees did just that. We'll be bookmarking the following costumes for next year.

We know the festival is all ages, but damn!

When in Rome New Orleans.

Bzz bzz on the beat!

A true league of their own.

Birds of a feather flock together.

Cool festival tip: make yourself look like a zombie before your three days of partying are over so you don't have to face the cruel reality of actually looking like a zombie by the time Sunday night rolls around.

Getting stuck in our zippers is the worst, huh!?

She's got the range!

NEXT UP
Fashion
In ‘Don't Worry Darling,’ The Costumes Reveal Deep Character Secrets
Fashion
Saint Laurent's Front Row Was Black And Pink And Blackpink All Over
Fashion
LAPOINTE and JONBOY’s Cute Collab Is An Ode To NYC
Fashion
Milan Fashion Week Was Filled With Peak Nostalgia Moments