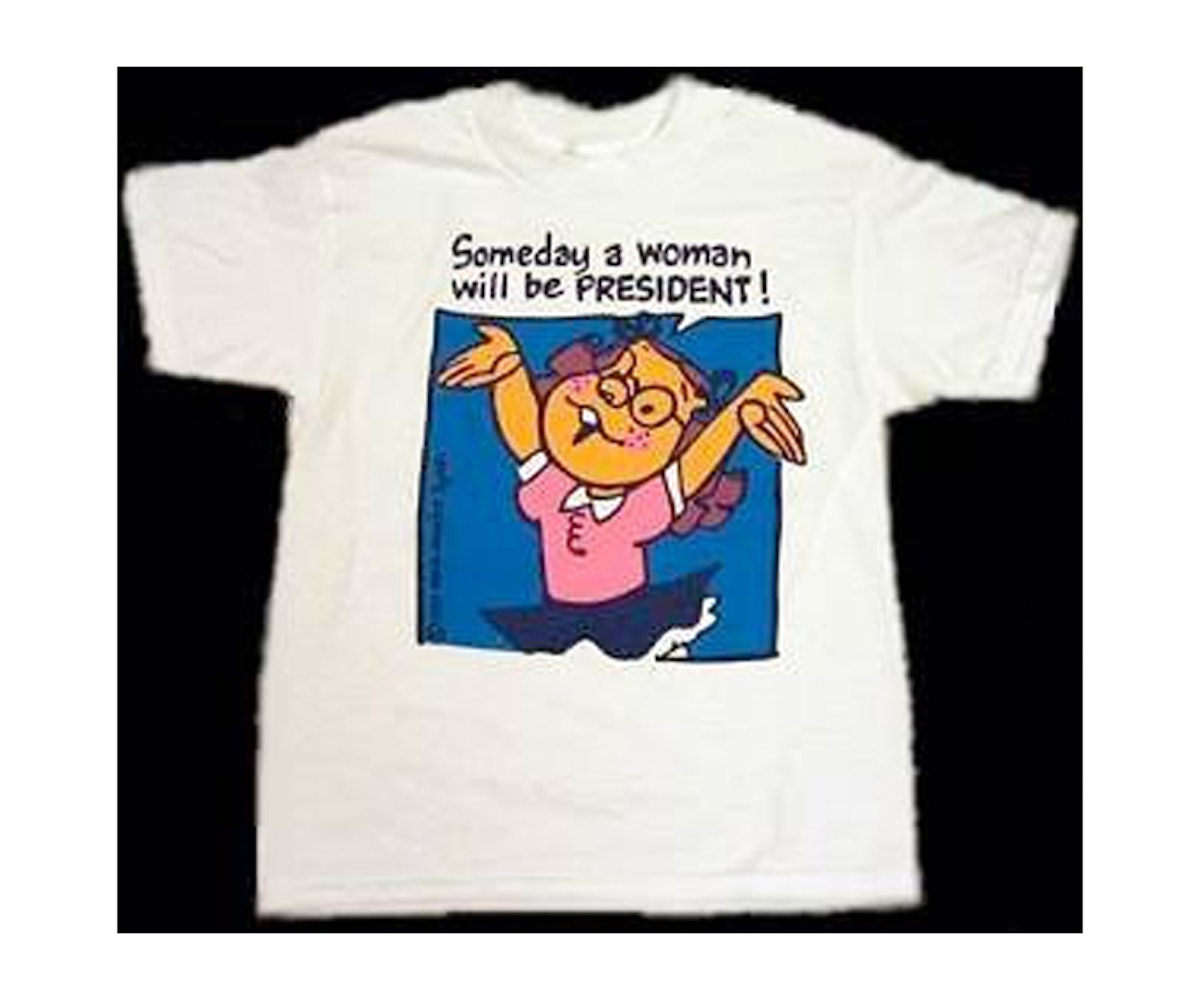 History was made last night as Hillary Clinton became the first woman ever nominated for the presidency by a major political party. This particular glass ceiling was broken, both metaphorically and literally. As Michelle Obama put it in her incredibly powerful speech on the opening night of the Democratic National Convention, "because of Hillary Clinton, my daughters, and all our sons and daughters, now take for granted that a woman can be President of the United States. Don't let anyone ever tell you that this country isn’t great—that somehow we need to make it great again—because this right now is the greatest country on earth."

Obama's invocation of our country's continued progress in the realm of civil rights and equality (she also powerfully referenced the fact that she wakes "up every morning in a house that was built by slaves. And I watch my daughters, two beautiful, intelligent, black young women, playing with their dogs on the White House lawn") was brought to the forefront of our minds today when we saw a tweet by Rutgers University professor Nick Kapur about a T-shirt that had been banned by Wal-Mart back in 1995.

The shirt in question features the character Margaret from Hank Ketcham's cartoon series Dennis the Menace in an exuberant state, arms gleefully uplifted, proclaiming, "Someday a woman will be PRESIDENT." While this shirt might seem relatively innocuous, it was apparently so "offensive" and such an affront to the "family values" of some Florida Wal-Mart shoppers that it was pulled from the shelves. As the Telegraph reports, the T-shirt had been designed by Ann Molivar Ruben, who said, in response back in 1995, “that promoting females as leaders is still a very threatening concept in this country.'"

And the shirt certainly stands in stark contrast to other things Wal-Mart has banned over the years. Based off a list of previously banned items compiled by Mental Floss, this feminist T-shirt stands out amid a sea of blatantly sexually provocative, Confederacy-referencing, and violence-promoting paraphernalia (and a Nirvana album, because: Wal-Mart). The idea that the wish for a woman president could be as controversial as Confederate-themed barbecue sauce (no, really) is disheartening, to say the least.

There is, however, a happy ending to this story: After the shirt was recalled, People magazine ran an interview with its designer, reporting that Wal-Mart had faced such a backlash due to the T-shirt ban that it had promised "to buy 30,000 T-shirts, which [would] soon go on sale nationwide." Ruben, for her part, planned "to funnel any profits into her Women are Wonderful education foundation." Hopefully, there will be an even bigger happy ending to this story, namely that a woman will, in fact, be elected president one day—and one day soon.

Update: A Wal-Mart spokesperson reached out to us about this story and had this to say: “Wow, it still pains us that we made this mistake 20 years ago.  We’re proud of the fact that our country – and our company – has made so much progress in advancing women in the workplace, and in society.” We couldn't agree more.