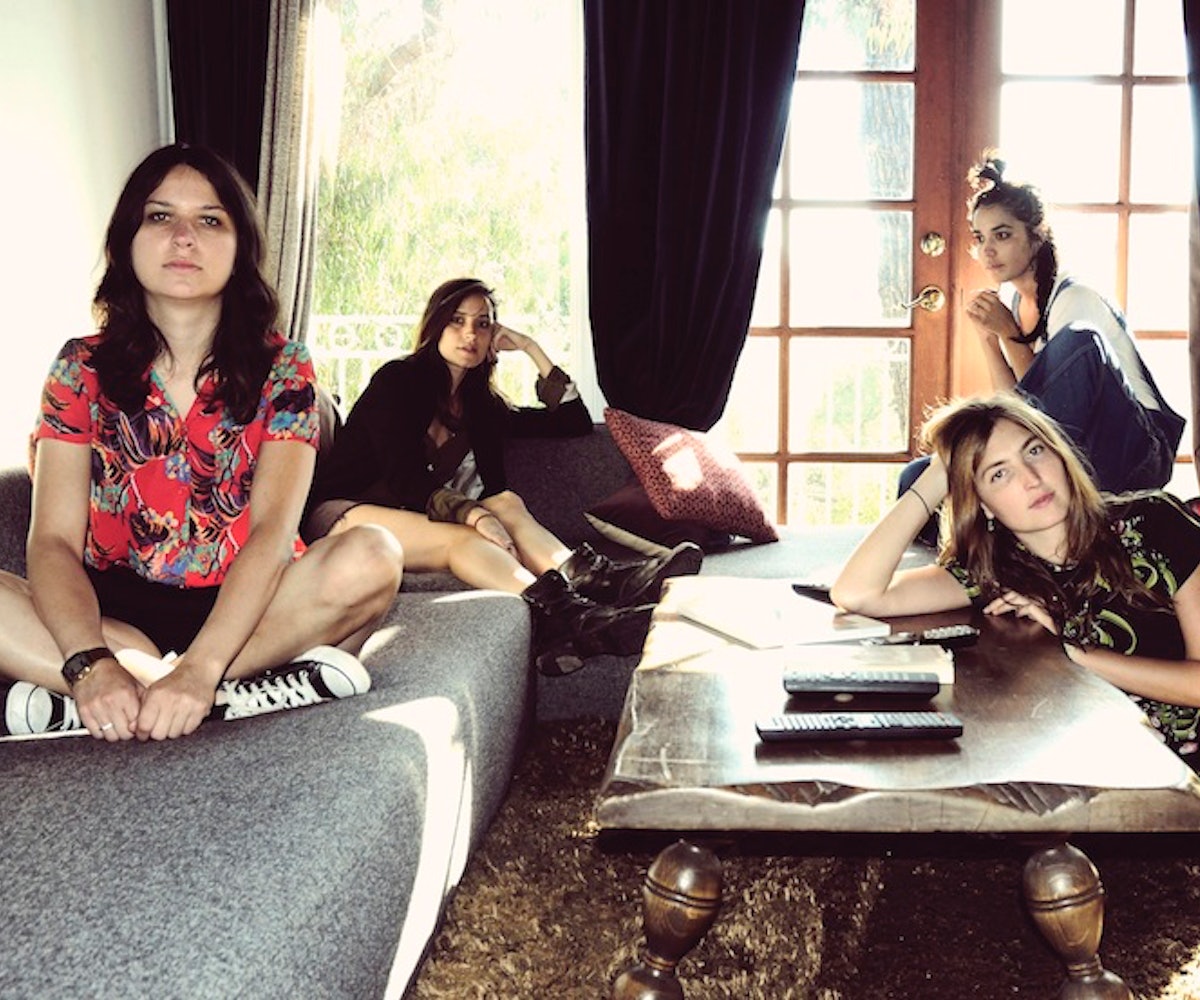 We already know that we can count on the Sundance Film Festival to serve up the absolute best indie flicks every winter, a curated list of the movies everyone will be obsessing over very soon. But here's something you might not know already: the same brains are also the ones behind Sundance NEXT, otherwise known as a four-day event in LA that fuses film and music together as one. And even better? You don't even have to wait until January to check them out.

Featuring six hit movies from this year's NEXT category (including Aubrey Plaza's Life After Beth), the Cali festival includes special band performances from groups that share a sonic overlap. So for the screening of the off-kilter vampire flick A Girl Walks Home Alone at Night, the obvious musical guest had to be Warpaint.

After all, these four ladies have already mastered the art of moody bliss in tracks like "Disco/Very" and "Keep It Healthy," and LA residents can see their coolness in action during the festival from August 7-10. But in the meantime, get the full story from the group's drummer Stella Mozgawa below, and find out more about Sundance NEXT Fest here!

Take us back to the beginning...how did you guys first become involved with Sundance Next?

We were paired with this movie and asked if we were interested in doing it and we said yes! All the other artists involved are really wonderful and we're always fascinated by the pairing of music and film.

What sorts of themes do Warpaint share with A Girl Walks Home Alone at Night ?

What movies were you obsessed with growing up?

I fell hard for Brazil the first time I saw it, to this day it's still in my top 10 of all time. Fellini's 8 1/2, Polanski, Lynch...I would have a spell with each director and try to devour all their work.

If Warpaint could redo the soundtrack for any movie, what would it be?

Rosemary's Baby! Something scary, eerie but with a weird romanticism to it.

A still from A Girl Walks Home Alone at Night

A still from A Girl Walks Home Alone at Night