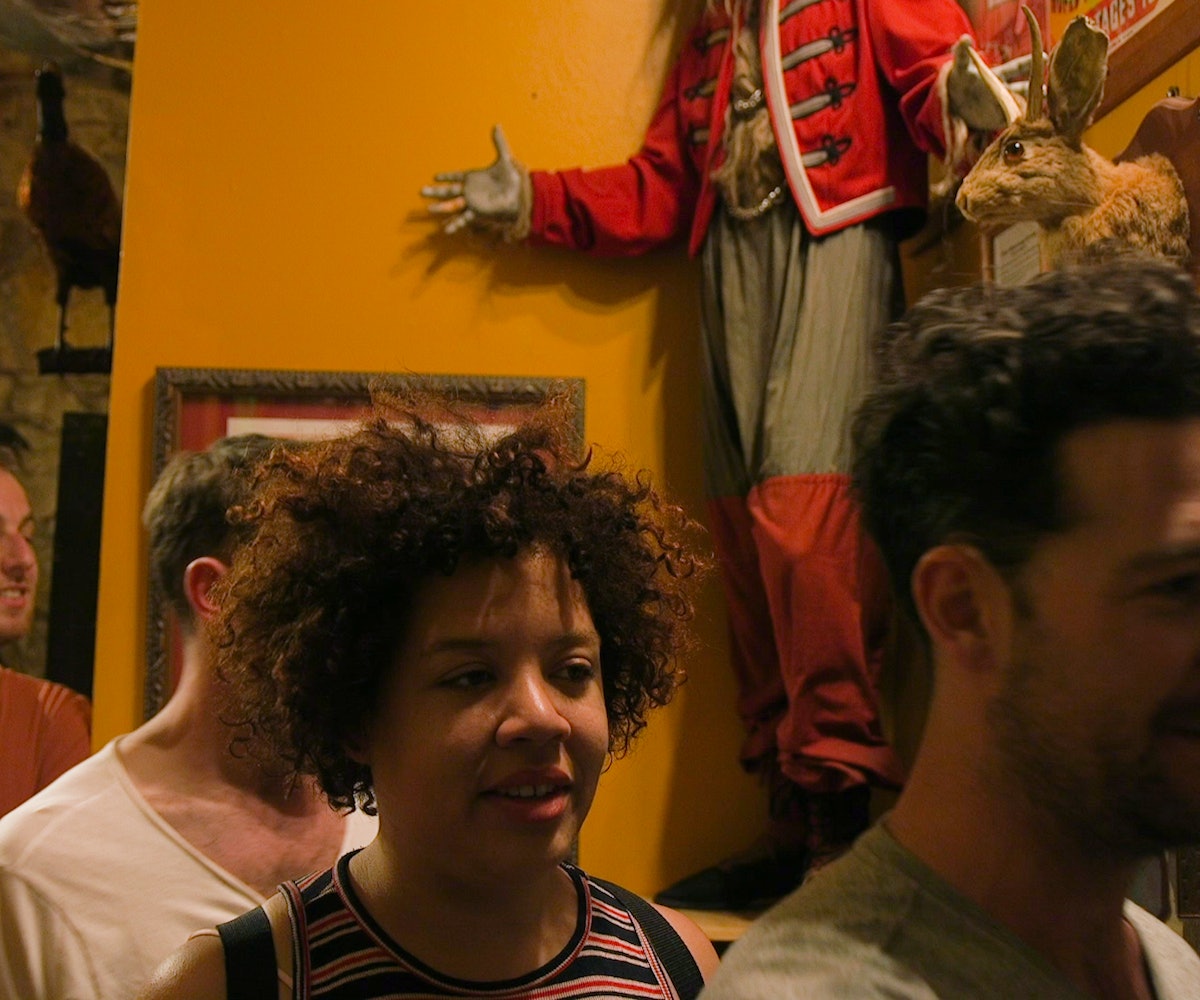 Austin is unlike any city in Texas (or the world, really). It's eclectic and brimming with music, rich with culinary delights and sights worthy of the city's tagline: Keep Austin Weird. However, every SXSW, the crowd seems to congregate around the same watering holes, where what was once weird becomes weird but commonplace. So, we set out to find some of the city's hidden treasures this year and brought a few of our favorite musicians along for the adventure. So, c'mon and explore the eccentricities Texas' creative hub has to offer in our new series, Keeping Austin Weird.

Toronto's Weaves finds the wonder in the weird. (One needn't look much further than their video for "Shithole.") Their debut album, Weaves, packs a sense of riot pop rock laced with angst, youthful boredom, and an overall don't-mess-with-me attitude. They're here for a good time, just so long as that good time carries the potential for some unhinged debauchery. Down at Austin, Weaves embraced another side of the weird spectrum, exploring the rarities and oddities of the city's very own Museum of the Weird. There, among taxidermied Big Foots, two-faced animals, shrunken heads, and other peculiarities, the band may or may not have found a few new members. Talk about anything goes.

Weaves is out now.