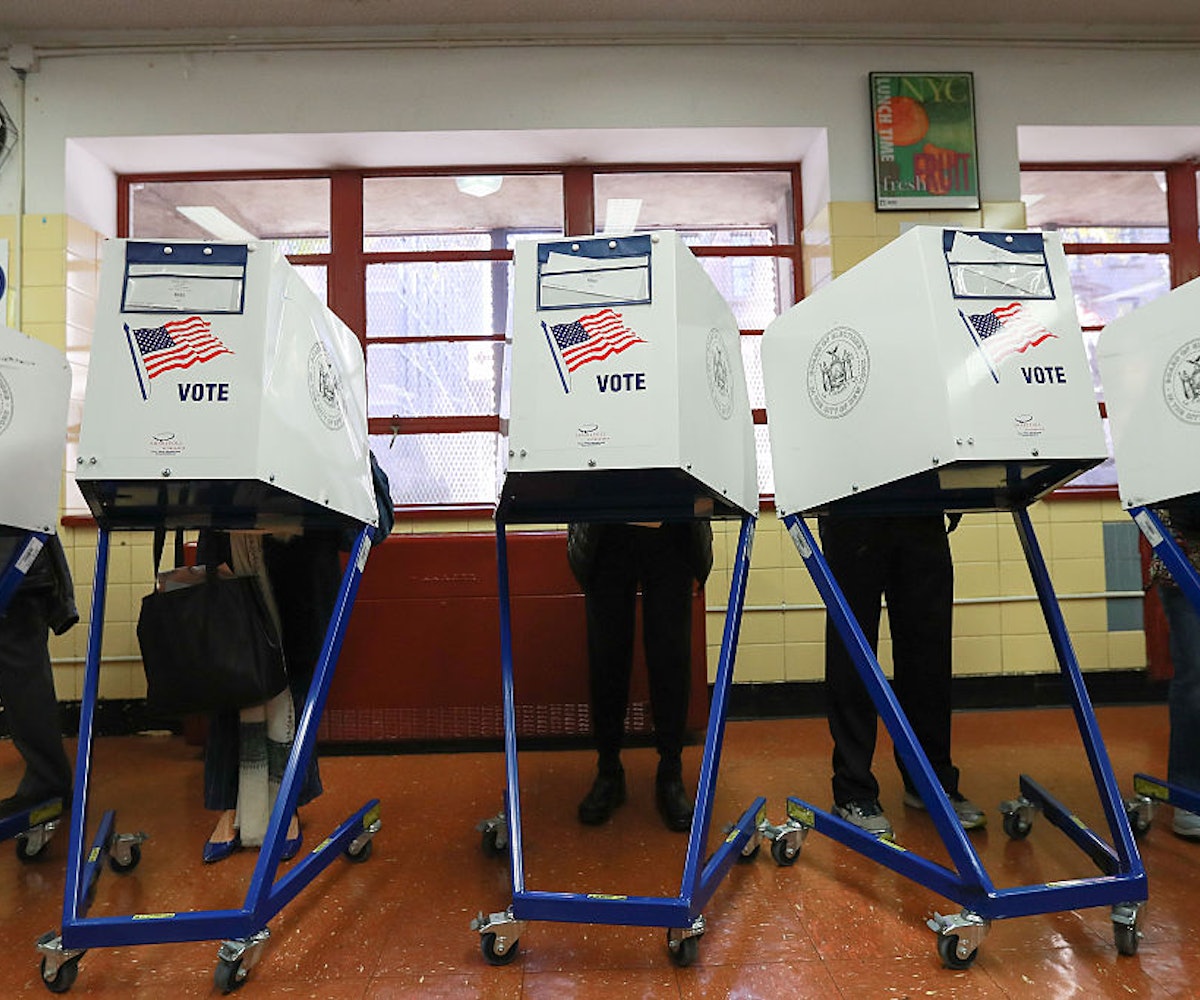 There was never any doubt that Election Day 2016 was going to be pretty, pretty strange. After all, the choice with which Americans have been presented is analogous to that between a cheeseburger and a flaming bag of dog shit. But some Americans like to eat shit, apparently, so it's been quite a ride these past few months. (Did I say "few months"? Hasn't it seemed like an eternity? Why, yes, yes it has.)

Anyway, here we finally are, at what seems like a cultural crossroads: It's November 8th—the big day. And while some might think that after all the crazy lead-up to this day might have resulted in an anticlimactic feeling, nothing could be further from the truth. Rather, today is buzzing with excitement; there's the same electric feeling in the air as when you're on a rollercoaster, inching up higher and higher to the peak of the coaster's highest hill, giddy with anticipation over whether or not you're in for the thrill of a lifetime (i.e. witness a woman becoming President of the United States) or about to go completely off the rails and plunge to your fiery death (i.e. witness the alternative). What a time to be alive! What a weird, weird time.

Here, then, are some of the weirdest elements of what is undeniably a very weird day, one that will, we hope, go down in history as the day America—or most of it, anyway—canceled the apocalypse.

1) To start off the day, two topless women protesters were arrested at Donald Trump's polling site.

Ordinarily, naked torsoed women on the Upper East Side of Manhattan would be a wild anomaly on any other day of the year, but this actually might be one of the least weird things about today.

2) Photographic evidence proved that the apple doesn't fall far from the voter-intimidating tree.

Seriously, though: How funny is it that Donald totally isn't sure if his own wife is voting for him? Very funny. Very.

4) But enough about Trump. How about Rihanna's T-shirt?!?!

This might be a weird thing, but it's also a good thing. Bagels are great!

6) When anarchy sets up shop.

Bricks from a guy in a balaclava? What could be a more ordinary thing to see on the streets of NYC??

Seriously, who knew a sticker would be THE accessory to have for the season?

This is quite a photo! Definitely, makes me want to vote.

9) Alright, this is less weird and more heart-warming, but it's definitely the kind of thing we want to remember once everything else about this dirty campaign is but a distant memory.

We're with her—pantsuit and all.