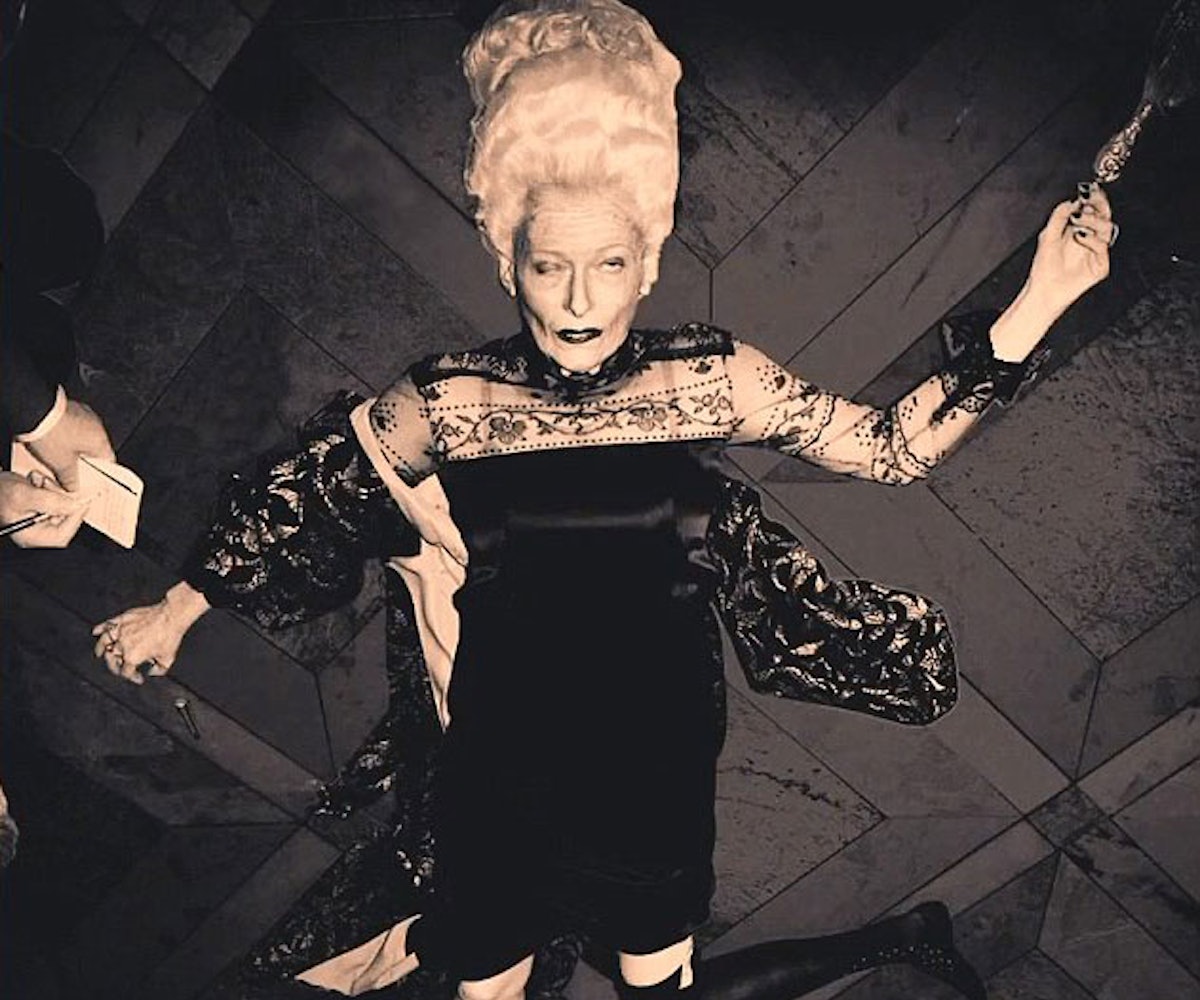 Wes Anderson's films may be littered with pastel colors, well-intentioned characters, and, of course, a satisfying amount of symmetry, but there's no denying that they also showcase some pretty dark feelings and behaviors. Whether it was self-inflicted, like Richie Tenenbaum's slit-wrist suicide attempt; accidental, like the drowning incident in The Darjeeling Limited; intentional, as was the case with Madame D.'s murder in Grand Budapest; or a means of self-preservation, as in the majority of Grand Budapest, Anderson has been robustly toying with the concept of violence. Now, it seems, it may one day culminate in a massive, blood-filled film.

During an interview with Donna Tartt at the Rome Film Festival, Anderson revealed that he has toyed with the idea of producing a horror film:

"I have thought of doing a horror movie, and I have thought of doing a Christmas movie. Horror is an area where if a filmmaker really wants to use all the tricks, the techniques to affect your emotions … With the kind of movies I do, you’re supposed to say, Is this part supposed to be funny, or is this part supposed to be sad? Well, you say, I don’t know. I’m not sure. This is the way we wanted it. When you make a horror or a thriller, you say you’re supposed to be scared here. You’re supposed to be relieved here. Here we’re explaining something so you know the next part so you’ll be more scared then. I like the idea of the requirements and the obligations of working in a genre like that. I’ve done some scenes like that, but I’d like to do a scary movie."

He also elaborated on the idea of producing a holiday film. "The good thing with a Christmas movie—if you make a great Christmas song or movie or book, as Dickens showed us, you can make a huge fortune, because they come back every year," he said. "As long as you have a piece of the action, then it’s a perennial."

While he doesn't currently have any known plans to produce either a horror or Christmas movie, at least not to our knowledge, the idea of him diverging from his typical dysfunctional comedies is an exciting one. Until then, we'll just have to concentrate on his upcoming stop-motion canine project.

NEXT UP
fashion
How ‘Spice World’'s Costume Designer Nailed The ‘Scooby-Doo on Acid’ Look
Culture
Loewe’s Howl's Moving Castle Collection Is An Anime Dream
Beauty
No One Does #PamCore Beauty Better Than Pamela Anderson, Herself
Entertainment
Ebony Riley's "Deuce Deuce" & 9 Other New Songs Out This Week
Style + Culture, delivered straight to your inbox.