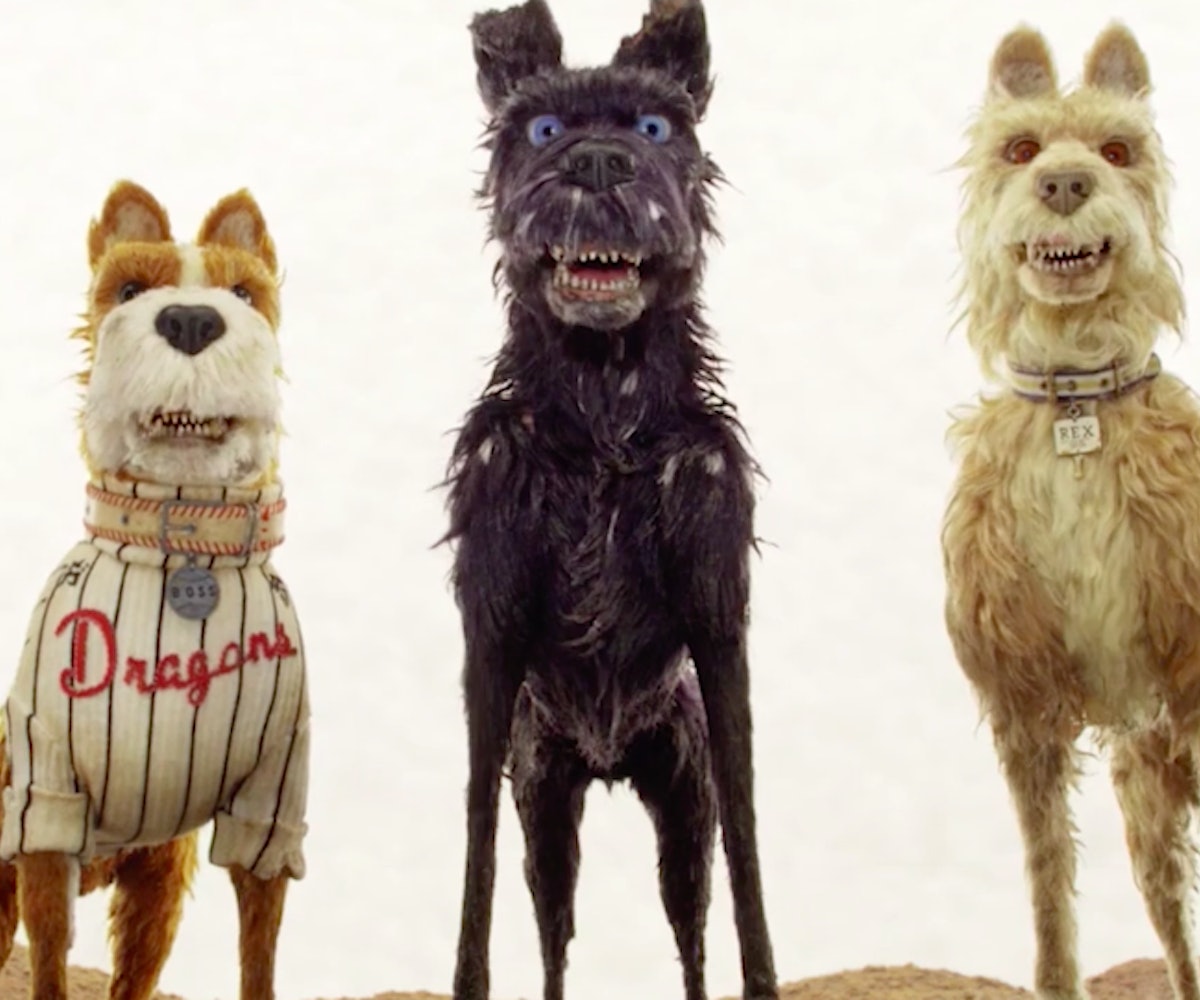 In Wes Anderson's newest film Isle of Dogs, all sick dogs go to, well, it's not heaven exactly, but rather a remote island, where no people are allowed. As can be imagined, this leads to a world of canine whimsicality—very appropriate for the director's first stop-motion film since his highly-praised The Fantastic Mr. Fox.

In this newly released glimpse of the film, watch as two groups of renegade dogs faces off against each other, eventually engaging in an all-out brawl—all over a less-than-appealing sack of maggot-infested food scraps. Yum! But also: brutal! When someone—even a dog—loses an ear, you know things are serious.

Dog- and Wes Anderson-lovers will be happy to hear that Isle of Dogs will be released on March 23.

NEXT UP
Beauty
Harry Styles’ Beauty Brand Is Dropping Their First Makeup Collection This Week
Life
Read An Exclusive Excerpt From I’ve Had To Think Up A Way To Survive: On Trauma, Persistence, and Dolly Parton
Life
On Repeat: Vaquera’s Away Collaboration Is Brought To You By Britney Spears B-Sides
Entertainment
Soccer Mommy, Wet Leg, & 48 More Artists Made An Album For Abortion Rights