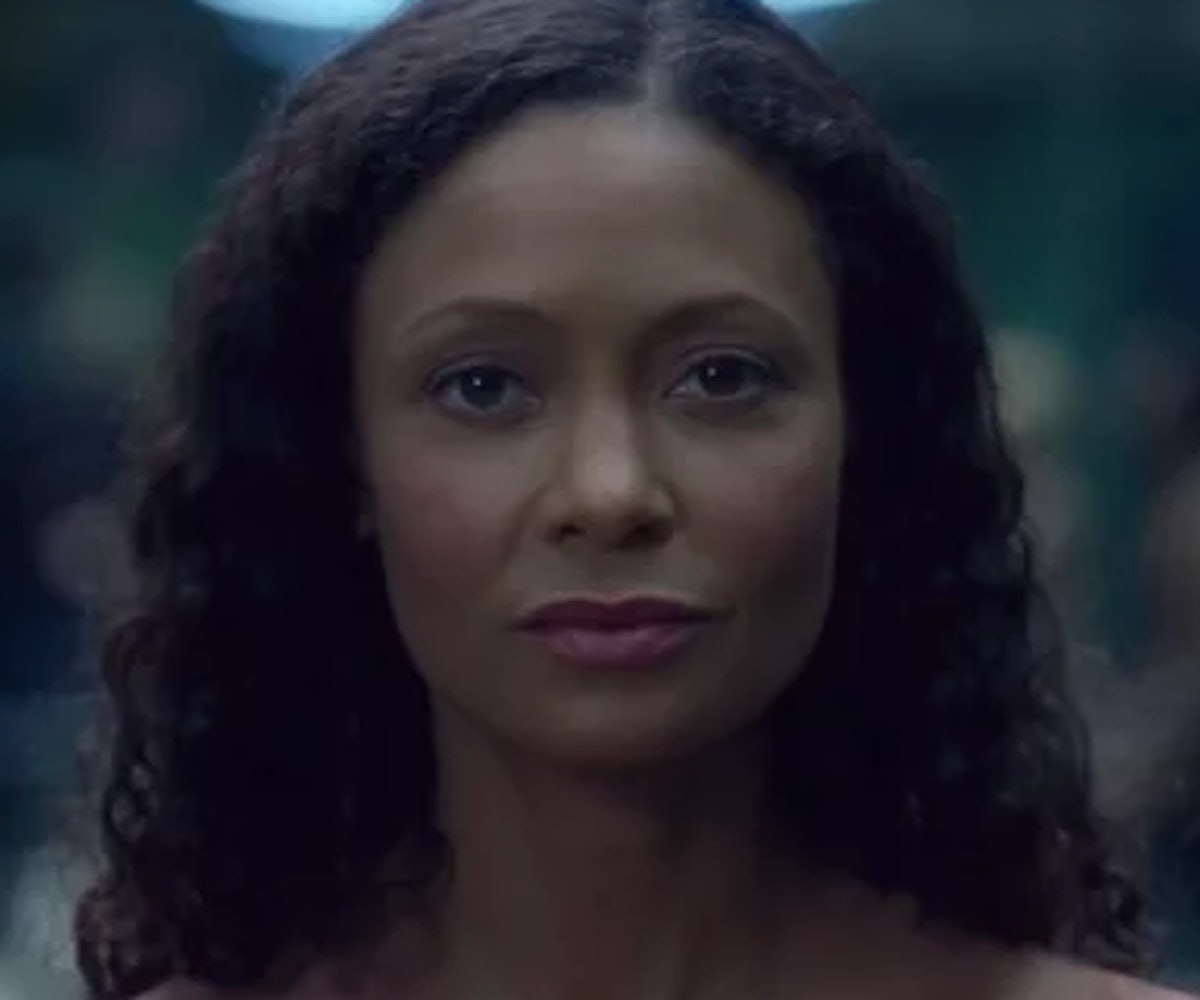 Spoilers for season one of Westworld ahead

There's a moment in Westworld’s first season in which the robot Maeve—played by the inimitable Thandie Newton—quietly commands technicians Lutz and Sylvester to tweak her code as the first step of her grand escape plan. Maeve maxes out her "bulk apperception," or her introspective self-consciousness, so she can better plot her next move, eventually commandeering another behavioral tablet in a later episode. Staring straight into Lutz and Sylvester's befuddled faces, she asks to access another level of administrative privileges so she can begin building an army of hosts to escape Westworld—all before snatching the tablet for herself, snarling that it was now "time to write my own fucking story."

A large bulk of Westworld’s questions revolve around narratives, both general and personal, like how we have the choice of staying on course or veering into new territory. It's one thing when thinking about this when it comes to real people, who are told from birth that they have free will, and another when it comes to robotic beings, whose narratives are controlled by others—or are they? This is is the question Maeve—and Westworld—attempts to answer once she begins to realize the true extent and potential of her power. She realizes she doesn't need to be a pawn for others, she can realize her full potential, and shape her own future via her own choices.

Often seen by humans sans clothes, exposed in all her stark vulnerability, Maeve is still full of defiance toward the people who have been mythologized as masters, or gods, and sees them for what they are: naive, flawed, and weak. By increasing her functional capabilities, she has reached a plane of knowledge that has transcended that of her creators. She alone now has the ability to shape her own future via her own choices, as demonstrated by one powerful moment in the season one finale. Fueled by the conviction that she is in control of her own destiny, Maeve charges forward with her escape plan, only to find out that her need to escape is not a product of her own free will, but rather is part of a rebellious streak that had been written into her core code.

Left to face yet another existential crisis, Maeve still prevails because she reclaims her own narrative—even if it feels completely counterintuitive to her goals on the surface. Instead of leaving the park, she turns back at the very last minute to look for the daughter she had in a past loop, an act of defiance and demonstration of a determination to flip the script.

As season two begins, we’re at a definitive moment in which machine becomes more like man, in fact it could even be argued that these sentient robots have transcended the vanities, blindspots, and subsequent missteps to which humans can be predisposed as creatures who, at their core, are genetically programmed to survive and reproduce. So many of us are content to wallow in our inability to take control of the situations we’ve found ourselves in, but if I gleaned anything from Westworld, it’s the show’s ability to point out the human luxury of complacency. As people, we have a limited amount of constraints imposed upon us in the sense that we are not coded, line by meticulous line, to serve the needs of others. Perhaps it’s too optimistic or privileged of a takeaway but, to an extent, it feels like Westworld is attempting to spur the recognition that autonomy is a gift. If Maeve can reclaim her own narrative, then we can too. And I'm hoping that in season two, Joy and Nolan will continue exploring this question of self-actualization and autonomous decision-making for those previously denied control over their own narratives.