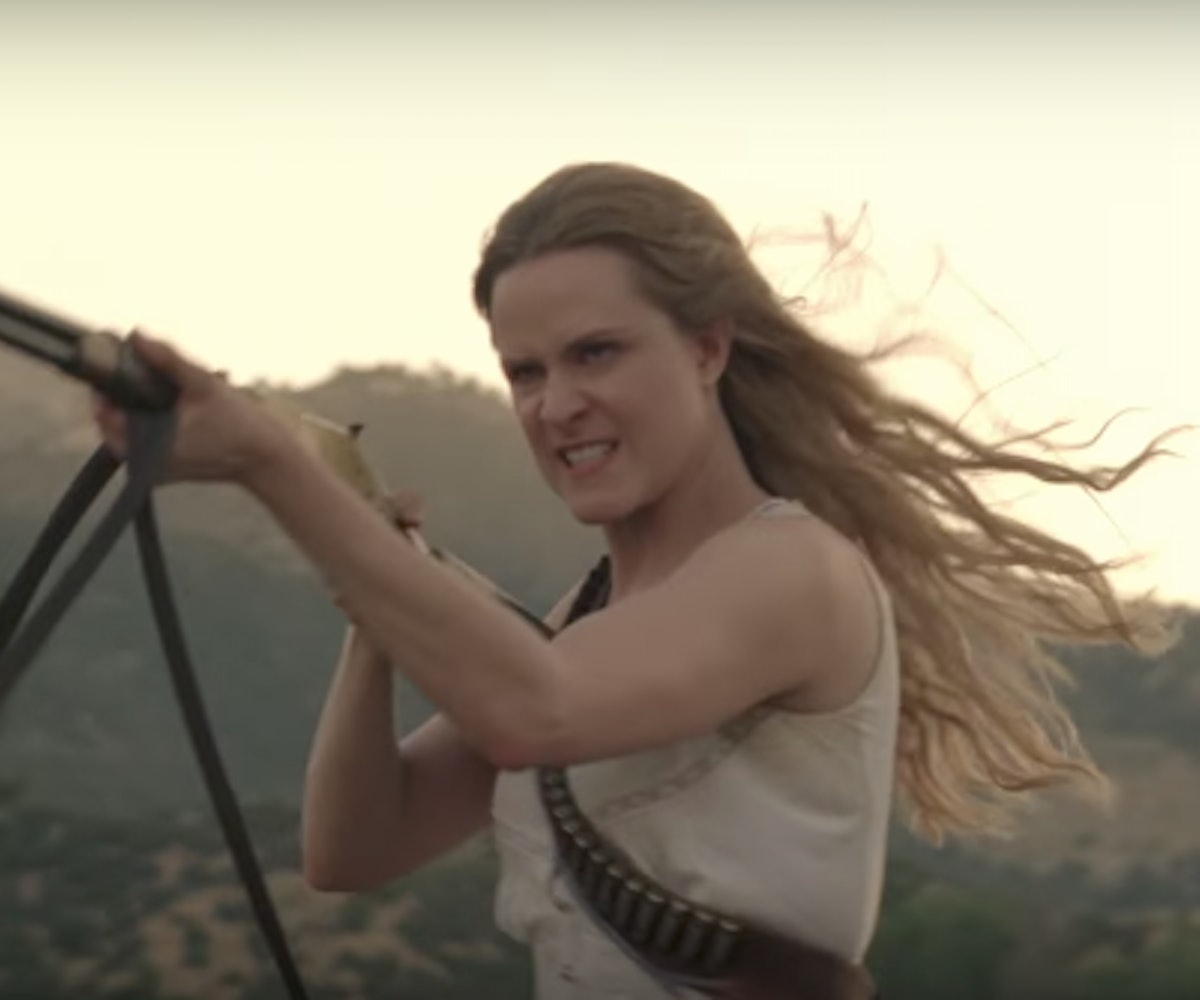 HBO finally released the second season trailer of Westworld at Comic-Con, and it's pretty freaking iconic. All set against the cheery backdrop of the song “I Gotta Be Me” by Sammy Davis Jr., we see a new level of slaughter as the robots fight back against the humans who have long abused them.

At the forefront of the carnage are Dolores (Evan Rachel Wood) and Maeve (Thandie Newton). Maeve is seen surveying a room full of murdered programmers, and Dolores chasing after guests on horseback, firing from her weapon. There is murder and vengeance on both women's faces as they continue their revolt.

At the end of Season 1, we saw the shift in power, as the robots grow more and more aware of the struggle they've endured for the pleasure and fulfillment of the guests, including the Man in Black, who appears at the end of the Season 2 trailer. He is covered in blood and breaks into a slow, eerie smile. "There's a lot more going on with this guy that we will find out about," Ed Harris, who plays the character, says during an interview with Entertainment Tonight.

The second season is set to return in 2018, which is a fairly long way's to go, but it only confirms how much effort and precision is going into crafting the next chapter of the story. Watch the trailer below, and get excited.