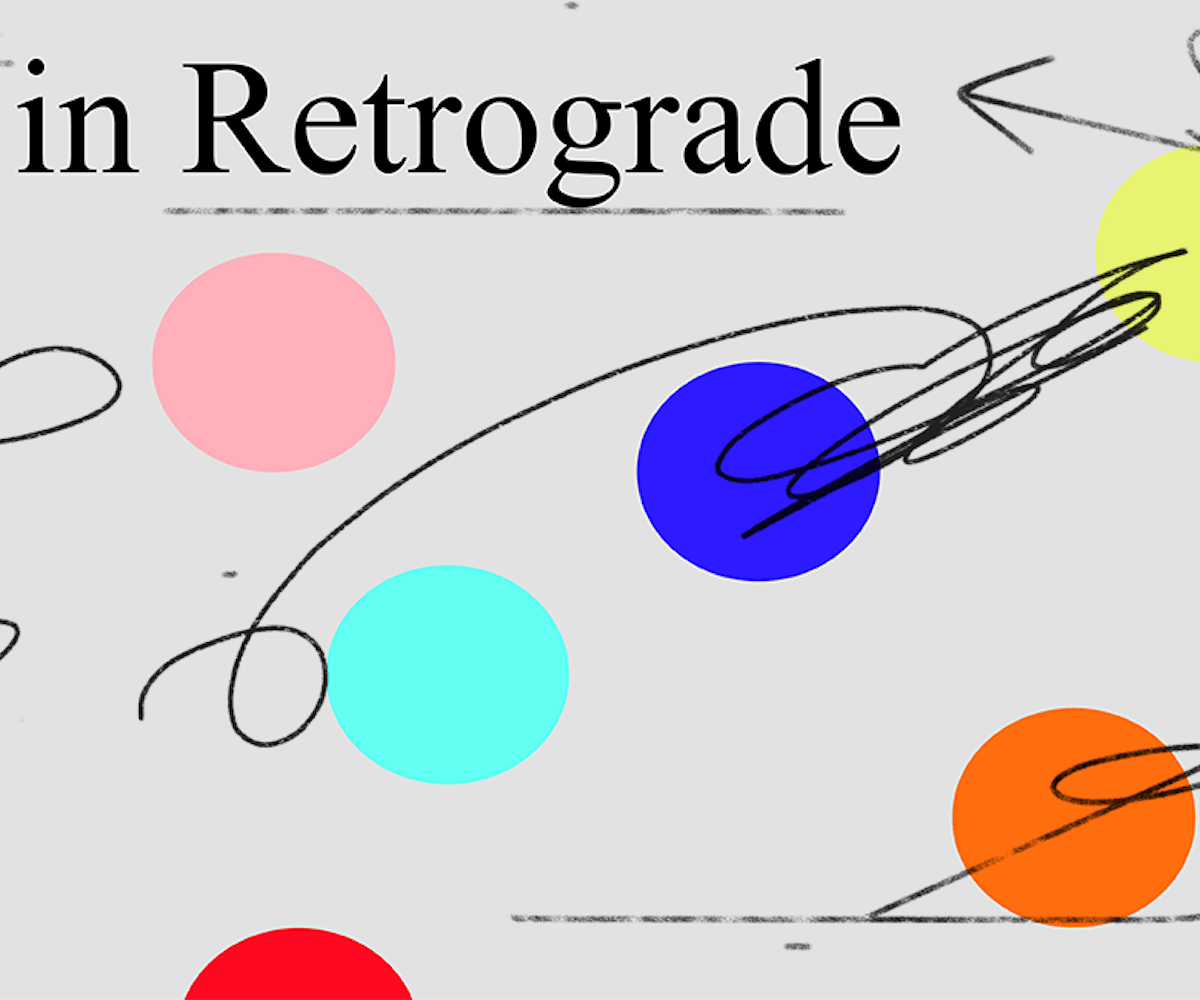 What? You thought Mercury was the only planet the ever retrograded? Think again, dear ones, because today, June 26, our fiery Mars will be retrograde in Aquarius after a broody shadow period in Capricorn. We all have some idea about what happens when Mercury is retrograde, or at least we’ve encountered enough articles about the perceived motion. That’s because Mercury appears retrograde about three times a year; that’s enough miscommunication to start feeling like it’s always retrograde, and enough reason to have websites like this one. Mars, on the other hand, appears retrograde every two years and two months. This year’s Mars retrograde will last between June 26 and August 27 with a shadow period that already began on May 12 and will last until October 8. That’s a long time to noodle between Capricorn and Aquarius in the land of dreams deferred and unrealized passions.

I don’t mean to sound maudlin, and I don’t mean to give you the wrong idea. When Mars, planet of action, passion, meaning-making, and intention, is retrograde, it is not without purpose. As Mars Rx comes over us, we know not to lie down idle. Any rest we take in this stalled moment is reflective rest, any refusal is a recalibration. Much like Mercury Rx, Mars Rx is a great time to finish projects one has already started, redo failed first attempts, renovate, and make repairs. For best results, apply these words to your material and your emotional world. More acutely, Mars is a planet ruled by the god of war and holds dominion over Aries and sometimes Scorpio. As such, Mars is headstrong, passionate, driven, and dedicated; Mars people are willing to fight to death for what they believe is right, and this is both their magic and their poison.

When Mars is Rx Capricorn, a shadow that has dogged many of us in the past few weeks, we are driven to evaluate our work ethic and our reputation. It’s valuable to imagine the idea of a work ethic as something that goes beyond “how hard” and toward “who for?” Willing or unwilling, most people who are reading this right now are people who have spent their entire lives negotiating between the work they are willing to do and the work they are spiritually capable of doing for a set price. Many of us have chosen career paths based on our “most profitable skills,” while others felt like they never had a choice at all. There are those of us whose most profitable skills are poor compared to the healing powers we have within us. There are those of us who will never have the means to class climb or live a life that is, by definition, sustainable and safe, who know that the numbers are against us. These concerns flare up and pale, drowned out by the siren of a world in turmoil. Because I am American, because I write with an American grief (which is often naïve, which is often cruel in its optimism), I am thinking about the transition of Mars Rx in Capricorn to Mars Rx in Aquarius as deeply reflected in our current news cycle which repeats the words “children in cages” relentlessly as we look on helplessly, as we try to witness this age of torture as remembered by some future generation.

A reputation is a powerful thing, it opens doors and it closes them. What kind of reputation does a country that cages children, that loves to cage people of color, maintain? What kind of reputation do we sport as its citizens and how do those reputations become who we are? When Mars is Rx in Aquarius, our dreams are powerful places of invention. Our dreams, spinning in our solitary bodies as we drift toward a full moon in Capricorn, are rivers guided by a unified wind, and it is wind of change. Let it move you, dear reader, let it show you what repair means when it is a word put to work between whole communities. Let this Aquarian Mars Retrograde teach you to recognize the depth of the passion you’ve collected within you for a world that protects what is sacred—which is our compassion, which is our humanity.

NEXT UP
Astrology
January 2023’s New Moon In Aquarius Is All About The Big Picture
Astrology
Your February 2023 Horoscope Is A Breath Of Fresh Air
Astrology
Get To Know Aquarius, The Certified Freak Of The Zodiac
Astrology
Your Natal Mercury Placement In Astrology, Explained
Style + Culture, delivered straight to your inbox.