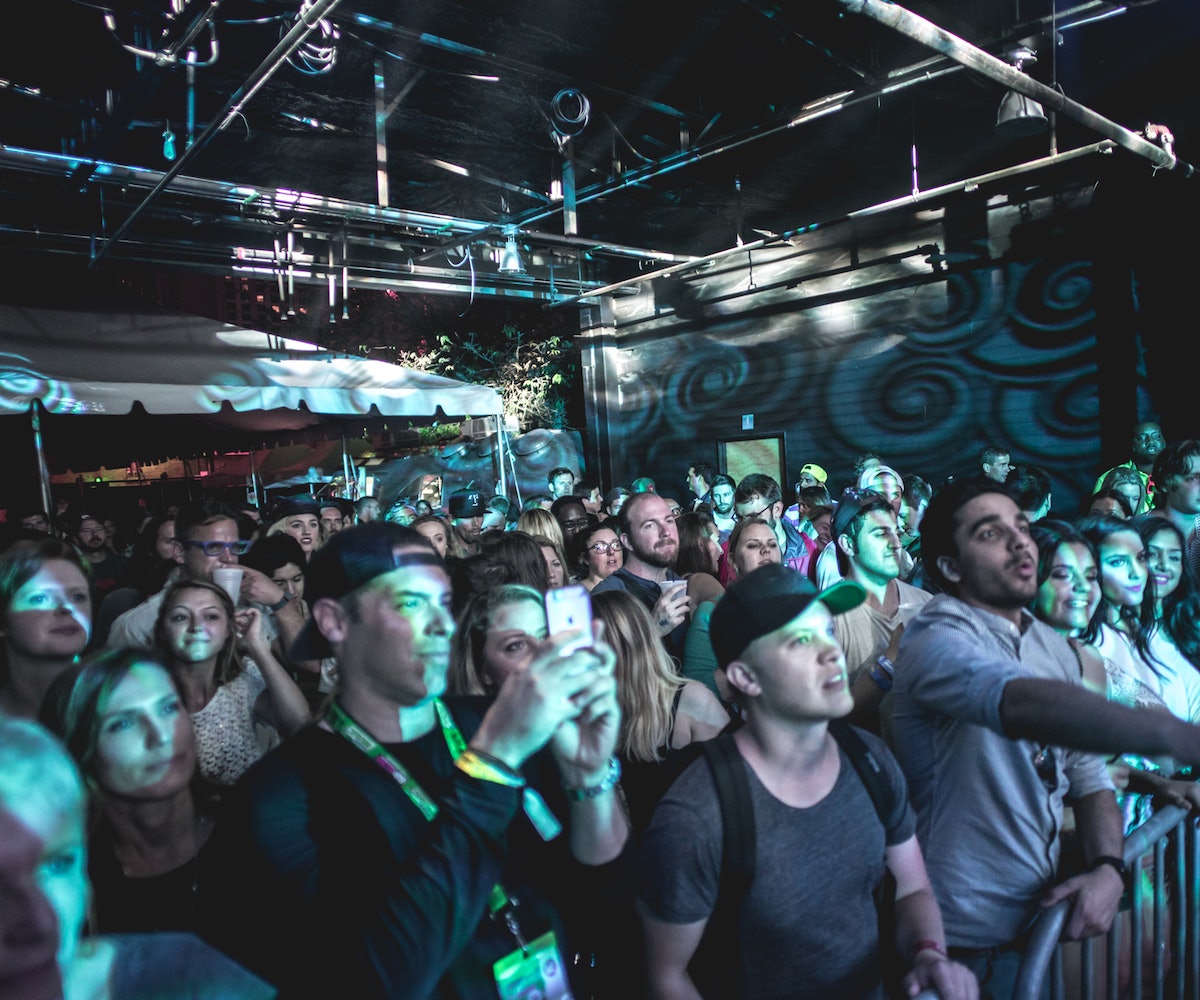 Of all the music festivals out there, South by Southwest, despite its nearly three-decade-long run, feels like the outlier. For one, it doesn't promote a jam-packed lineup in an effort to go viral; instead, all the artists (more or less) get the same billing, leaving attendees to seek out the acts they want to see or just let fate run its course and perhaps stumble upon a killer set, which is where the true magic of SXSW lies. Also, there are no festival grounds in the way Coachella or Bonnaroo have; instead, for two weeks in March, Austin, Texas, becomes even more of a musical playground than it already is. Downtown 6th Street and the surrounding areas to the east pulse with new acts, journalists rushing to meet interviewees, spectators hoping to get inside venues, and publicists making the whole thing turn. It's a trip in every sense of the word.

Festival fatigue, however, is very real and one may believe SXSW to be experiencing it. But that's looking at SX as a mere festival when really, it's a city-wide conference, combining everything from tech and business to film and music. In terms of the latter, SX's roots, the idea of it being a conference, could not be closer to the truth. It's a chance for industry folk to meet new artists in a setting that's not as restrictive as a bona fide music festival and less stuffy than an office visit or press day. You get the chance to really engage with musicians and their teams. SXSW embodies the element of discovery, which, as any Spotify listener can attest to, is one of the true joys of listening to music.

"Without question, there's a phenomenal opportunity for new and seasoned music outlets to host emerging artists and rub elbows with brands," Brent Burns of Kick Kick Snare says. Those showcases are like mixtapes come to life. They're watering holes for networking and conversation. It's a chance to, as many publicists say, put faces to the names they email with almost on a daily basis. "Having that face-to-face connection is super refreshing," Noah Bethke from Girlie Action Media says, "and makes me feel way less robotic."

In a way, SXSW is more about exposure than viral moments in the traditional festival sense, like Burning Man or Lollapalooza. It truly puts the music and the music makers ahead of the whole partying element because, really, good music, no matter how big or small a stage, will bring people together in celebration. SXSW doesn't force its attendees to have a good time or dress a certain way to court street style photographers. It's a melting pot of talent and creativity. "For me, SXSW is less a music festival than it is a gathering of music fans who once a year descend on Austin for a 'pick your own music experience' adventure," Nancy Lu of Fancy PR says. "With so many shows happening at the same time and hundreds of bands performing, SXSW can be whatever you want it to be, tailored to you."

Gold Atlas' Inge Colsen echoes that sentiment saying, "One gets to hear and see a lot of new music, reconnect with old music friends, and make new ones all in the Austin sunshine!" Last year, nearly 2,300 artists performed. That's a hell of a lot of acts to catch, making SXSW sound overwhelming. It is, but there's an excitement, too. "It's saturated and therefore frustrating," Colsen continues, "but it's saturated everywhere, so you either choose to deal with it or skip it." From a PR standpoint, Colsen considers SXSW to be the "most efficient, beneficial festival to get things done in a short amount of time." Plus, as Ally Norton from Shore Fire Media says, "the music is great."

Indeed, it is truly a festival that is dictated by the music and performers. It's not all viral pomp and circumstance. For a music journalist in their day-to-day work life, it can be difficult to find the time to sit down and fully engage with new material. There are too many distractions and other priorities vying for your attention. SXSW, then, is time to engage. For a music lover, it is truly a fantastical couple of days. It's a chance to get back in touch with why you got involved in the music industry in the first place. It's home.