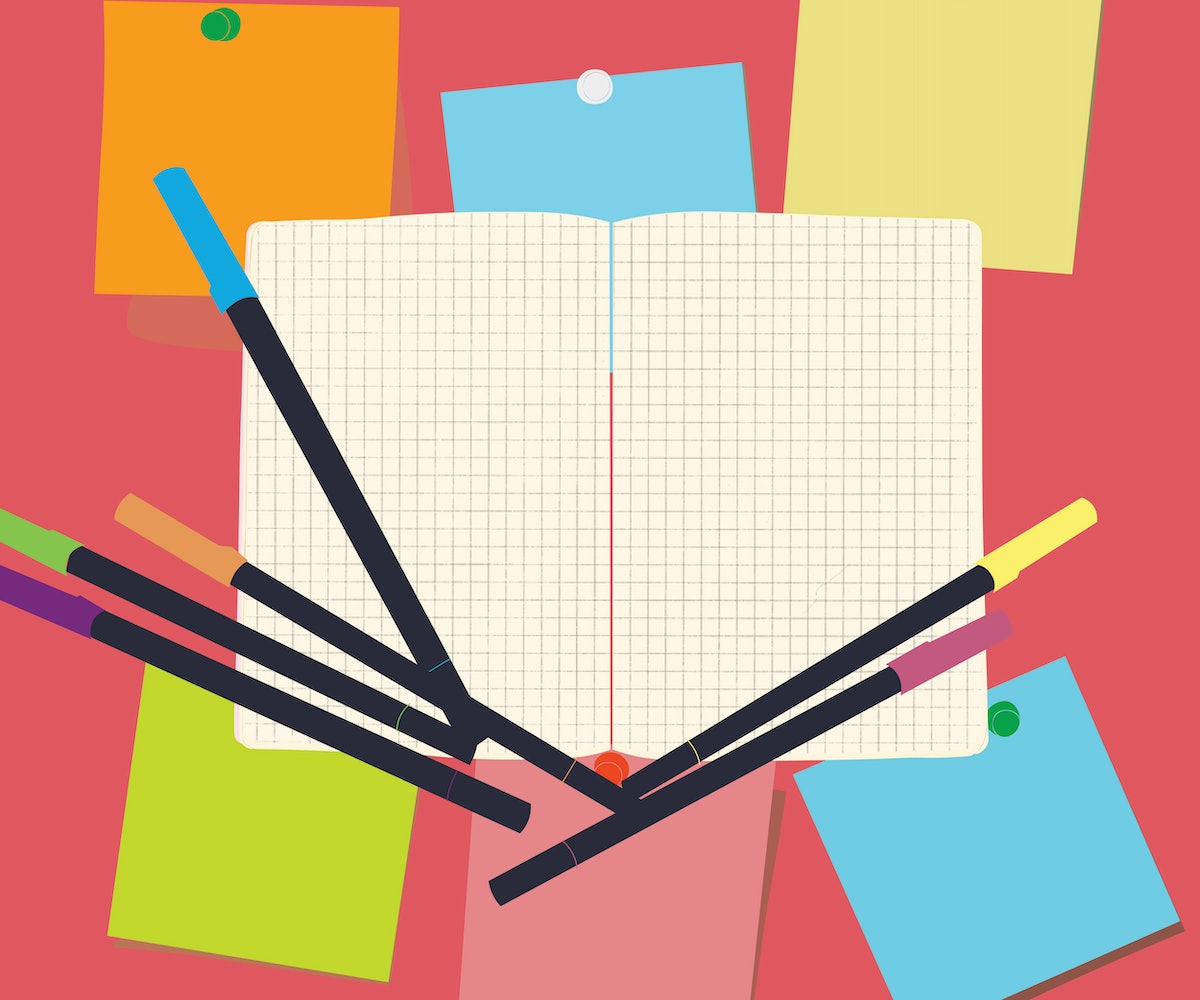 I’m a skeptic about many things, and this definitely includes any methods or products that promise to be “life-changing” or “magical.” It’s not that I don’t want to believe that my life can be changed by a particularly thorough reorganization of my sock drawer, or that magic plays some part in how I arrange my bookshelves, but what I’ve tended to find with any attempts to relaunch my way of living, thanks to internet-approved organizing tips, is that the results are, more often than not, prosaic rather than magical and that instead of changing dramatically, my life simply shifts forward incrementally, as it probably was prone to do anyway.

But that doesn’t mean I’m not down to try whatever weird fad is trending on Instagram, because, I don’t know, life is short and why not try and give it a little structure, so I can use my unfortunately minimal time to its utmost potential? This desire to bring some sort of order to my life, then, is what led me to finally bite the bullet and try bullet journaling. Well, also, there was the fact that my desk and purse and work life were starting to get super messy thanks to scraps of paper flying around everywhere, all sporting scribbles that were undoubtedly very important memos, and my iPhone’s Notes app was filled with inscrutable messages which I probably typed when half-asleep. So bullet journaling it was!

Before getting into exactly what bullet journaling is, let me give you just a little more background on my own organizational and indeed journaling proclivities. It’s a brief background because, well, there are none. When I say I’m not organized, this doesn’t mean I’m not, like, clean (I’m squeaky!), it just means that I don’t have an externally recognized system by which I keep things running. I prefer an ad hoc way of doing things. I’m spontaneous! A free spirit! I just… never really learned how to do things the way other people do, I guess, and so I tend to make things up as I go along. It’s worked out for me well enough so far, and thus I haven’t really changed a thing. And then as far as journaling goes, despite the fact that I’m an editor and writer by trade, and thus write seemingly endlessly every day of my life, I am not and never have been the type to keep up with a journal. My childhood desk drawers were positively littered with the corpses of a dozen abandoned diaries, their pages are a graveyard of indecipherable thoughts on the inherent hierarchy of the seating arrangement on a school bus heading out on a field trip. Fascinating stuff.

In my mind, this did not make me an ideal candidate for bullet journaling, which literally has journaling in its name, and which has a clearly codified structure attached to it. But I decided to forge ahead anyway, partly because I’m a masochist who’s not afraid to abandon projects and partly because I really needed to get my shit together vis a vis to keep up with everything I need to do in my life. (It’s a lot.) So bullet journaling it would be.

Introduced as an organizational method by Ryan Carroll, the bullet journal (which, its website says is called a BuJo for short, but, no, I will not call it that) functions as a combination planning system, calendar, to-do list, and even diary, and is a self-proclaimed “analog system for a digital age.” In short, it lets you do by hand what you could also do on one of your phone’s million apps.

Now, I’m far from being a Luddite and compose the vast majority of my writing on a computer, but there is still something appealing to me about writing things by hand—particularly things which I need to remember later on; the very act of writing things down helps me feel like they’re more real. The bullet journal method encourages users to write and write and write, and so it appealed to me on the level that I wanted something distinct from the usual keyboard-based writing I was doing—and the bullet journal method is certainly distinct.

As intended, bullet journaling is a very well-regimented system. The bullet journaling website offers a really comprehensive explanation of how it works, but the premise is quite simple: Journalers divide a notebook, pages of which they manually number, into sections including an index, a daily log, a monthly log, and a future log. There’s also room for more spontaneous notes, but those temporal log sections are the backbone of the bullet journal. Within those different sections, journalers are supposed to write everything from long-term goals to daily tasks to random musings, but the point is that all of these things are going to be organized in such a way as to make them easily graspable by our often overwhelmed and overextended minds.

It’s this part that was so appealing to me. In much the same way that my desk and purse are overflowing with scraps of paper filled with important information and the beginnings of (obviously brilliant) ideas, my brain is overflowing too. There’s just so much stuff I have to remember on a daily basis (email this person, edit that story, buy some damned toilet paper) that I can’t possibly keep track of it without some external system. But could the bullet journal be that system? Or would it wind up being just another abandoned project, like that time I tried to KonMari my wardrobe and now have a closet that’s still a real mixture of things that do and do not bring me joy? (I’m looking at you jumpsuit that is not cut well for my long-waisted body.)

Well, as it turns out, bullet journaling really has worked for me, in a way that maybe makes sense when I think about the other organizational systems that were personal failures. The thing about bullet journaling is that its benefits extend beyond simply helping with the problem at hand (i.e. organizing schedules and to-do lists), but rather it works to soothe the anxiety of the specific type of person who can’t otherwise get a handle on things like organizing schedules and to-do lists. By this, I mean that I’m the type of person who gets easily distracted and filled with anxiety when confronted with seemingly endless lists of responsibilities, but because the literal manual labor inherent to bullet journaling gives me some ownership over these lists, I actually find the process of journaling to be a relief. It’s actually soothing for me to create my own lists and schedules, and because the bullet journal is filled with blank pages which I fill up in my own way, I also feel okay when I skip a day of journaling or just fill page after page with drawings or beginnings of stories I want to write. Even though there is a right way to bullet journal, there's no wrong way either. This is a really liberating thing for those of us prone to quitting anything at which they feel like they’re failing. Other organizational systems haven’t worked for me because I didn’t fit into their demands; bullet journaling works because I make up my own demands.

Since I started bullet journaling, I’ve found that my daily to-do lists have become manageable in a way that still somehow surprises me. I don’t overwhelm myself with tasks on any particular day because I’m hyper-aware that tomorrow’s to-do list is only a page away. I’m also able to see the bigger picture in a much more clear manner and structure my schedule accordingly. None of this might seem particularly magical, but it has been actually life-changing because it’s cut out the panic-inducing prospect of confronting an amorphous mountain of tasks. Instead, bullet journaling has given shape to my oftentimes crazy life and allowed me the freedom of figuring out how I want to do things and when. Which, come to think of it, is about as close to magic as I think I’m ever going to get.